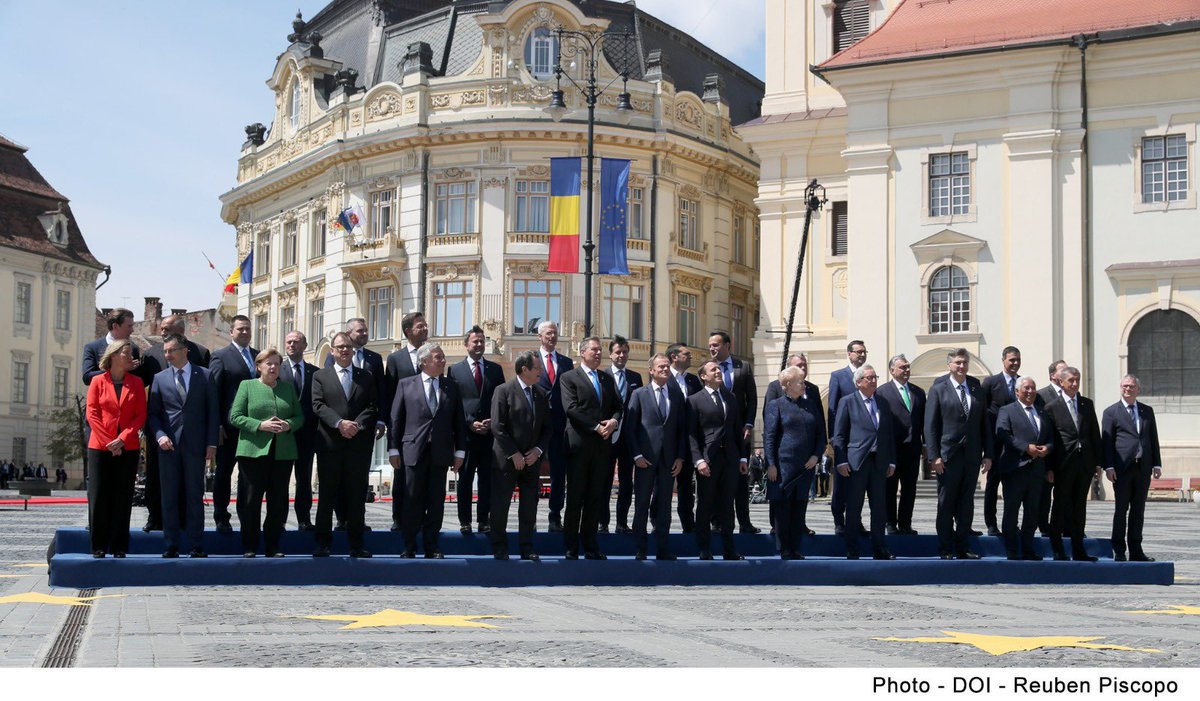 SIBIU – Declaration dedicated to the EU priorities in the next five years was signed yesterday by 27 EU leaders in Romania.

Signing the Declaration they have committed to unity, solidarity and European values’ protection as well as to build a stronger Europe’s role in the world.

EU leaders committed to defend “one Europe” where will be no place for division.

“We will stay united, through thick and thin. We will show each other solidarity in times of need and we will always stand together. We can and we will speak with one voice”, Declaration states.

They also committed looking for joint solutions, listening to each other in a spirit of understanding and respect as well as protecting the European way of life, democracy and the rule of law.

“We will continue to listen to the concerns and hopes of all Europeans, bringing the Union closer to our citizens, and we will act accordingly, with ambition and determination”, states one of the points of the Declaration.

Upholding the principle of fairness, whether it be in the labour market, in welfare, in the economy or in the digital transformation has been mentioned in this document as well.

“We will further reduce disparities between us and we will always help the most vulnerable in Europe, putting people before politics”, says the Declaration.

EU leader committed providing the Union with the means necessary to attain its objectives and carry through its policies as well as to cope with the most pressing challenges of the 21st century.

They will protect their citizens and keep them safe by investing in our soft and hard power and by working with our international partners. In addition, Europe will be a responsible global leader.in order to tackle global issues such as preserving the environment and fighting climate change.

“The Union of today is stronger than that of yesterday and we want to continue to build its strength for tomorrow. This is our commitment to future generations. This is the spirit of Sibiu and of a new Union at 27 ready to embrace its future as one”, they concluded.

Next EU Summit two days after the EP elections

European Union will hold an extra Summit, two days after the EP elections in order to decide to who will take three highest positions in Union.

Austrian Chancellor Sebastian Kurz confirmed this information in Sibiu adding that this new Summit will take place on May 28.

The aim of this Summit is to prepare everything by the time the President of European Commission Jean-Claude Juncker leaves the position at the end of October.

Kukan: Political conflicts to be settled in parliament, not in street