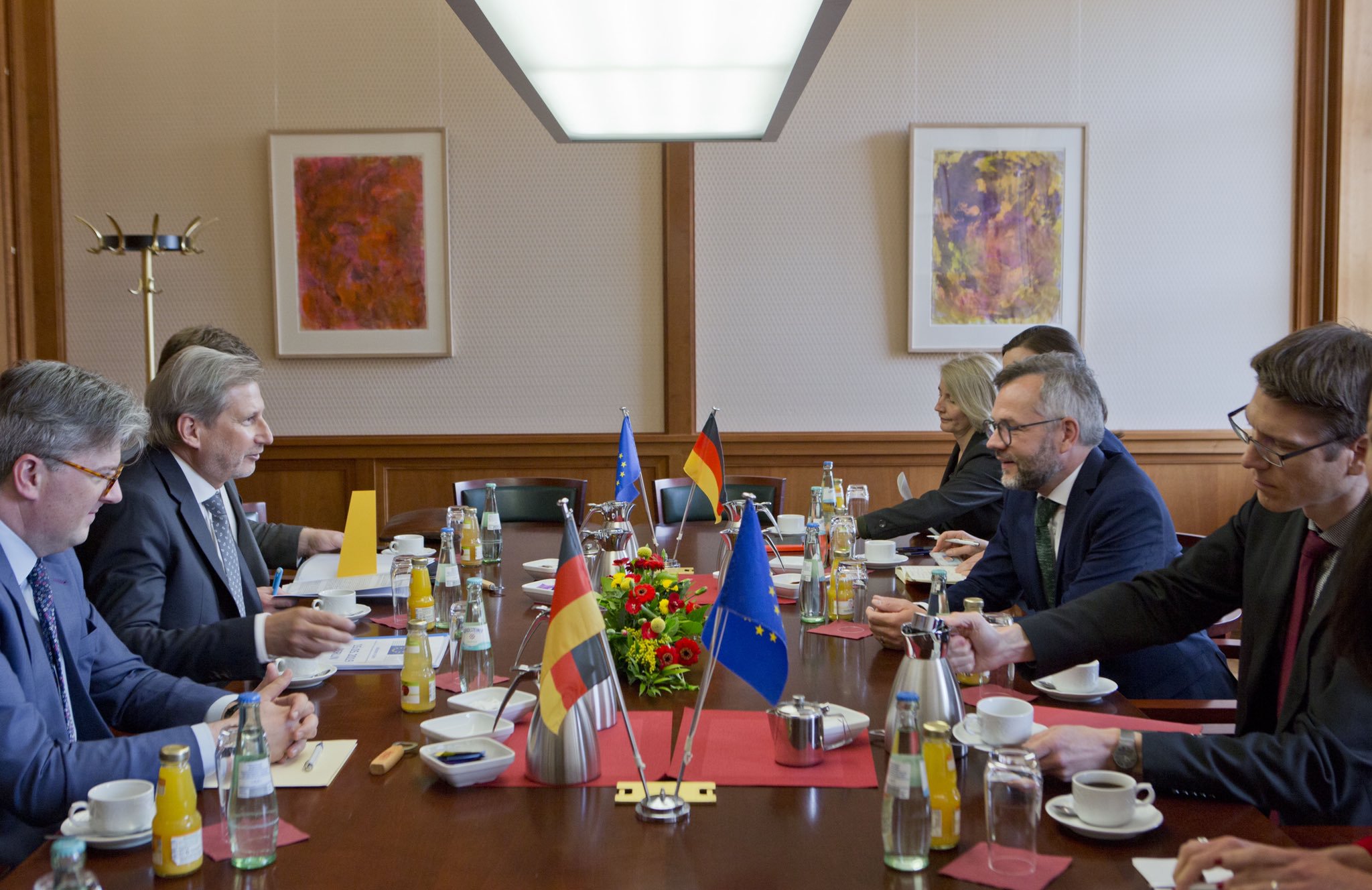 BERLIN – North Macedonia and Albania made great progress on their path towards the EU and their efforts should be acknowledged, it is stated during the official visit of the European Commissioner for European Neighbourhood Policy and Enlargement Negotiations Johannes Hahn to Berlin on Tuesday.

The European Commissioner met with the member of the German Bundestag Michael Roth. They have agreed that the EU should pursue its enlargement agenda and stated that acknowledgement of objective progress by North Macedonia and Albania is a positive signal for the whole region.

“Stability and security in the Western Balkans are of outstanding interest to the EU and Germany. North Macedonia and Albania have already done a great deal on their way toward the EU,” wrote Roth on his Twitter account.

Stability in the region was also the topic of the Commissioner’s meeting with the president of the Bundestag Wolfgang Schäuble.

“Exporting stability to our immediate neighbours is a test-case for the EU’s credibility as a global actor,” said Hahn at the meeting.

Later on, he met with the Bundestag Group for Relations with the States of South-Eastern Europe and its Chairman, Josip Juratovic. They emphasised that the enlargement of the EU is a merit-based process and announced that decision on North Macedonia and Albania will be before the summer.

In a meeting with the representatives of CDU/CSU Western Balkans working group, Hahn stressed that it is important to acknowledge concrete progress in the Western Balkan countries as a motivation to keep up reform dynamics in the region, and stated that it is about the EU’s credibility and in its own geostrategic interest.

In an interview with Radio Free Europe, Hahn confirmed that the recommendation would be announced on May 29, when the European Commission will publish its annual progress report on enlargement.

“In two weeks, we will present our annual report, which will definitely recommend starting negotiations for both countries North Macedonia and Albania,” he said.

“Both countries have fulfilled the conditions and now the Member States have to come up with political assessments,” Hahn said.