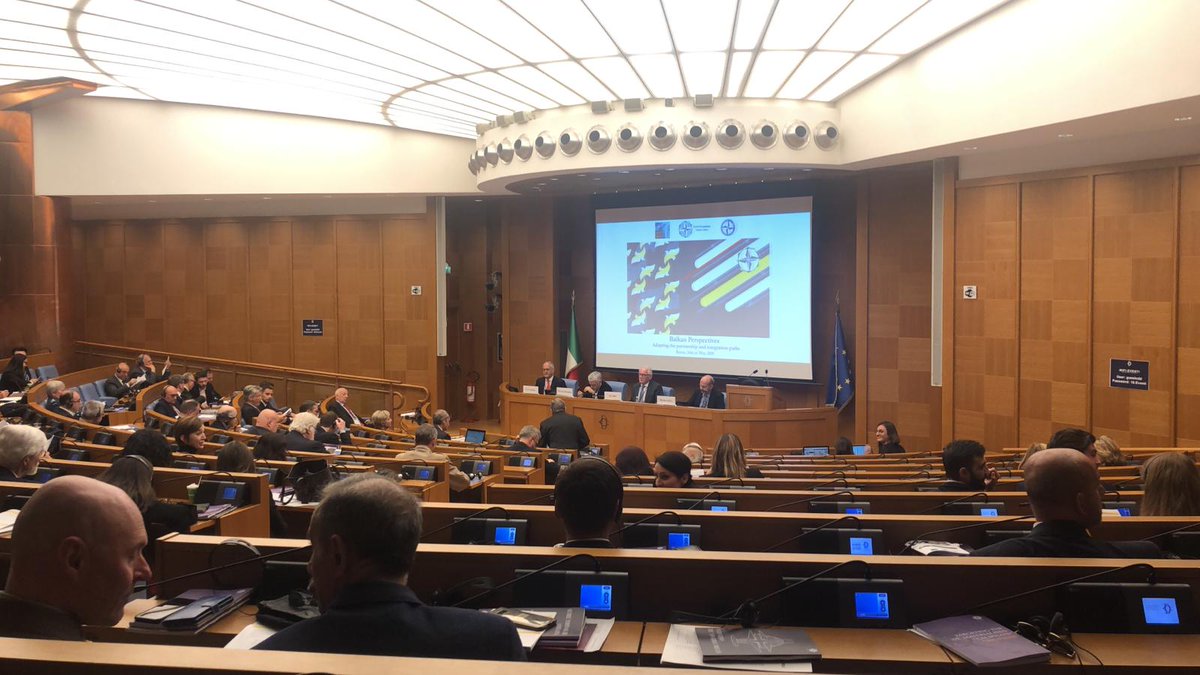 ROME – The Balkans are an important part of Europe, very close to us, and not only geographically, they are a part of European history and of European future, said the President of NATO Defense College Foundation in Rome Alessandro Minuto-Rizzo at the opening of the conference “Balkan Perspective: Adapting the partnership and integration paths”.

In addition, he underlined that the region should remain a focus of attention in the coming years.

Balkans is faced with the setbacks in terms of democratic and economic progress, as well as in terms of hybrid internal and external threats. Nevertheless, director of the Center for Euro-Atlantic Studies in Belgrade Jelena Milić pointed out that by focusing only on Western Balkans, mainstream politicians and Western media risk cutting natural ties with the rest of Europe, in particular Eastern Europe.

“Has the rest of the Balkans improved since the 1990s as Serbia has done? I think yes, and NATO and the EU have to deal with this new situation and think in this perspective,” Milić said.

Jolevski: Euro-Atlantic values are an integral part of these societies

Regional politics are struggling with the paradox of progress, on the backdrop of the ups and downs along the path towards wider integration.

According to the Former Minister of Defense of Republic of North Macedonia Zoran Jolevski, strengthening of the democratic process, good governance, the rule of law, the creation of a functional market economy have been and are crucial for all the citizens of the Balkans. He added that Euro-Atlantic values are an integral part of these societies.

The EU and NATO credibility depends on integrating Western Balkans due to the fact the region is the “inner courtyard” of the EU and NATO, underlined permanent Fellow at the Institute for Human Sciences in Vienna Ivan Vejvoda.

“I think that the EU must open negotiations with North Macedonia in June. As said Maurice de Talleyrand, if this does not happen, ‘it is worse than a crime, it is a mistake’,” concluded Vejvoda.

Despite the fact that the prospect of EU and NATO integration remains the main vehicle towards the achievement of regional stability and security, the prospect of accession is not sufficient to address all local shortcomings.

Therefore, Deputy Director General for Neighbourhood and Enlargement Negotiations in the European Commission Maciej Popowski underlined that there should be more good stories from the region, mentioning the Prespa Agreement that has shown that reconciliation pays off.

Even though the future of the Balkans lies in their European and Atlantic vocation, founding Dean of the Faculty of Arts and Social Sciences at Sabancı University in Istanbul Ahmet Evin said that the potential of the EU’s influence in the region is often underestimated, not only in the region but ironically also within the EU itself.

The conference was organized by the NATO Defense College Foundation with the support of the NATO Public Diplomacy Division.

France will not support visa liberalisation of Kosovo