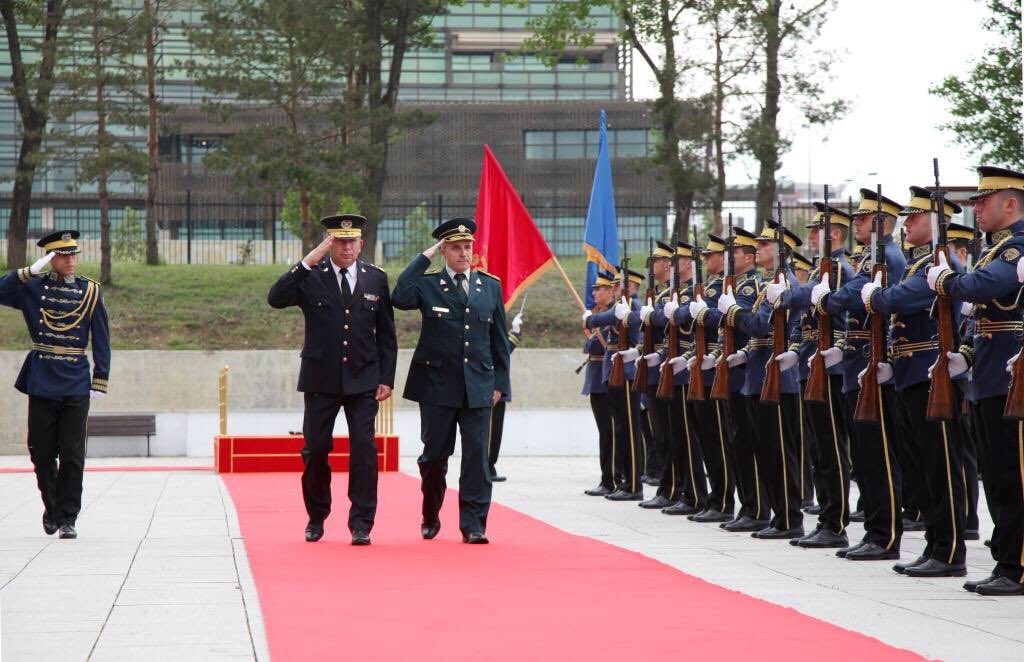 PRISTINA – Montenegro will support the Western Balkan countries’ Euroatlantic integrations as a guarantee for peace and stability in the region, said Brigadier General Dragutin Drakić, the Army of Montenegro (VCG) Chief-of-Staff, in a meeting with the Kosovo Security Forces (KSF) commander General Lieutenant Colonel Rahman Rama in Pristina on Monday.

During his talks with Kosovo’s Minister of Defence Rustem Berisha and Commander of Security Forces Rahman Rama, Dakić pointed out that Montenegro supports the strategic goal of Kosovo to become the member of NATO, Vijesti reported.

In addition, Berisha thanked Dakić for Montenegro’s contribution to the KFOR mission, adding that the support of Montenegro and other partners is necessary for further KSF transformation into an army and that NATO membership was Kosovo’s strategic goal, making the deepening of regional cooperation also Pristina’s priority,

Rama and Dakić talked about the cooperation between Montenegro and Kosovo in the fields of defence and security and they have concluded there is a room for its improvement.

In what ways the EU can improve the credibility of its policies towards the Western Balkans?

How to better respond to European aspirations of the young generation in the Western Balkans?