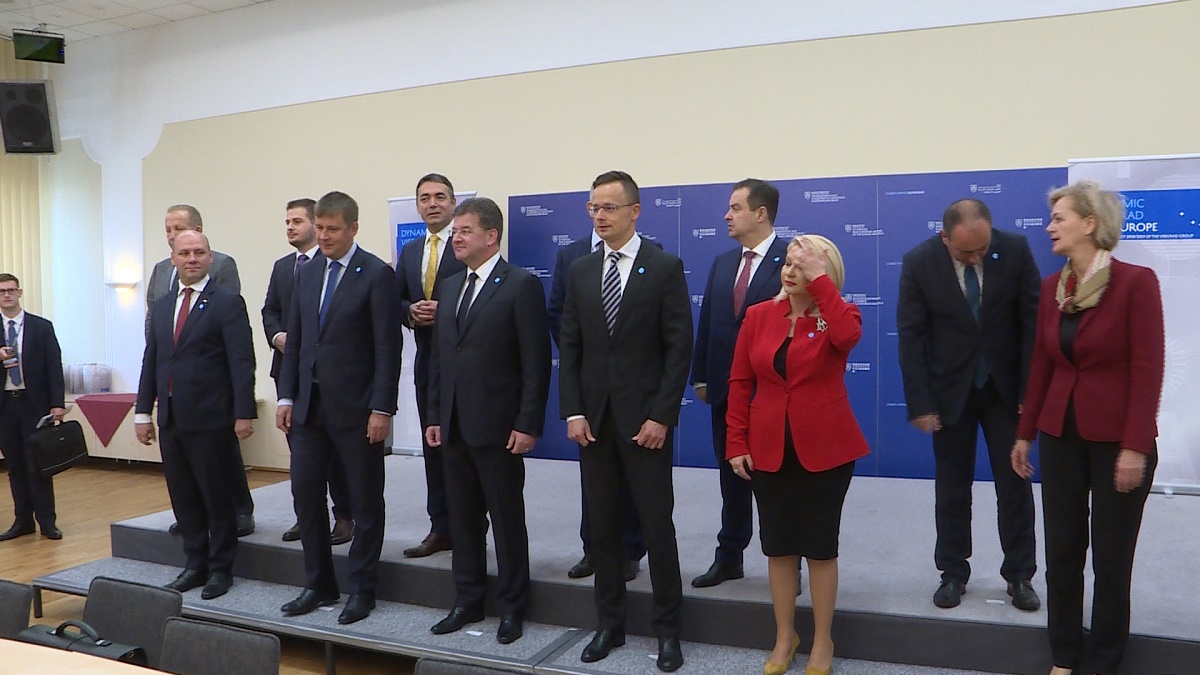 Ministerial Meeting of Visegrad Group and the Western Balkans; Photo: Tanjug / Ministry of Foreign Affairs of Republic of Serbia

The European perspective of the Western Balkans and the future of the enlargement process were in the focus of the meeting. In addition, participants exchanged opinions on new geopolitical contexts.

Minister of Foreign Affairs of Serbia Ivica Dačić said that full membership in the EU is the main priority of the Serbian foreign policy.

On the sidelines of the meeting, Minister of Foreign Affairs of Montenegro Srđan Darmanović met with his Hungarian colleague Péter Szijjártó.

“Hungary will continue to support Montenegro on its European path. Enlargement process needs more positive messages for the further strengthening of the EU perspective of the Western Balkans,” said Szijjártó.

Minister for Foreign Affairs of North Macedonia expressed his graduate for all the support.

“We need to work more together as a region in order to create and encourage dynamics between ourselves. A step ahead for one is a step ahead for all. Bad news from one is bad news for all,” he wrote on Twitter.

Vučić: Either we have normalisation or frozen conflict disrupted with violence

Bratislava: Cooperation between V4 and the WB – What role for think tanks?

Zaev: North Macedonia to get 8.000 doses of the Pfizer vaccine from Serbia