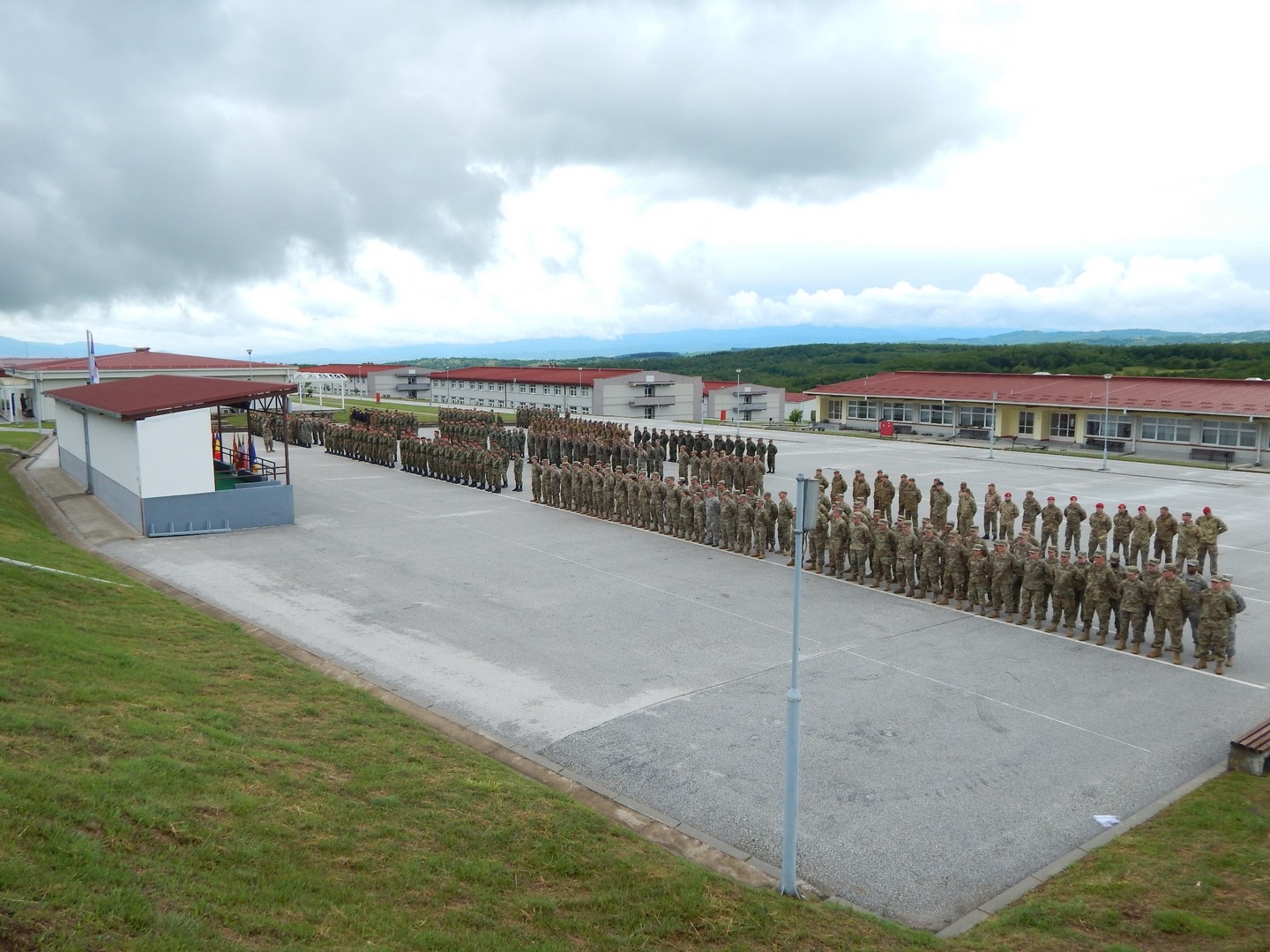 Military exercise"Platinum Wolf 19" at South Base; Photo: Army of Serbia

BUJANOVAC –  The international exercise “Platinum Wolf 19”, featuring Serbian armed forces and the armed forces of several NATO member states, has started on Monday with the Opening Ceremony in the South Base and will last until 19 June.

The exercise involves about 500 members of the armed forces from 9 countries: Bosnia and Herzegovina, Bulgaria, Hungary, Italy, North Macedonia, Romania, the United States, Slovenia, the United Kingdom and Serbia.

Commander of the Fourth Army Brigade, Brigadier General Slobodan Stopa, greeted all the participants and wished them a successful performance of the exercise.

“The exercise Platinum Wolf is conducted in the international environment. It represents a good opportunity to advance our knowledge, and also to exchange our experience with the armies of partner countries”, said General Stopa.

The goal of the exercise, which will last until 19 June, is to improve interoperability and mutual understanding among the members of partner nations’ armed forces at the tactical level while conducting peace support operations in a multinational environment.

Palmer: Belgrade and Pristina to resume the dialogue

New law devastating for free expression and free media on the Internet in Republika Srpska, BiH

Visit of Commissioner Johannes Hahn to Serbia on 7 May 2015