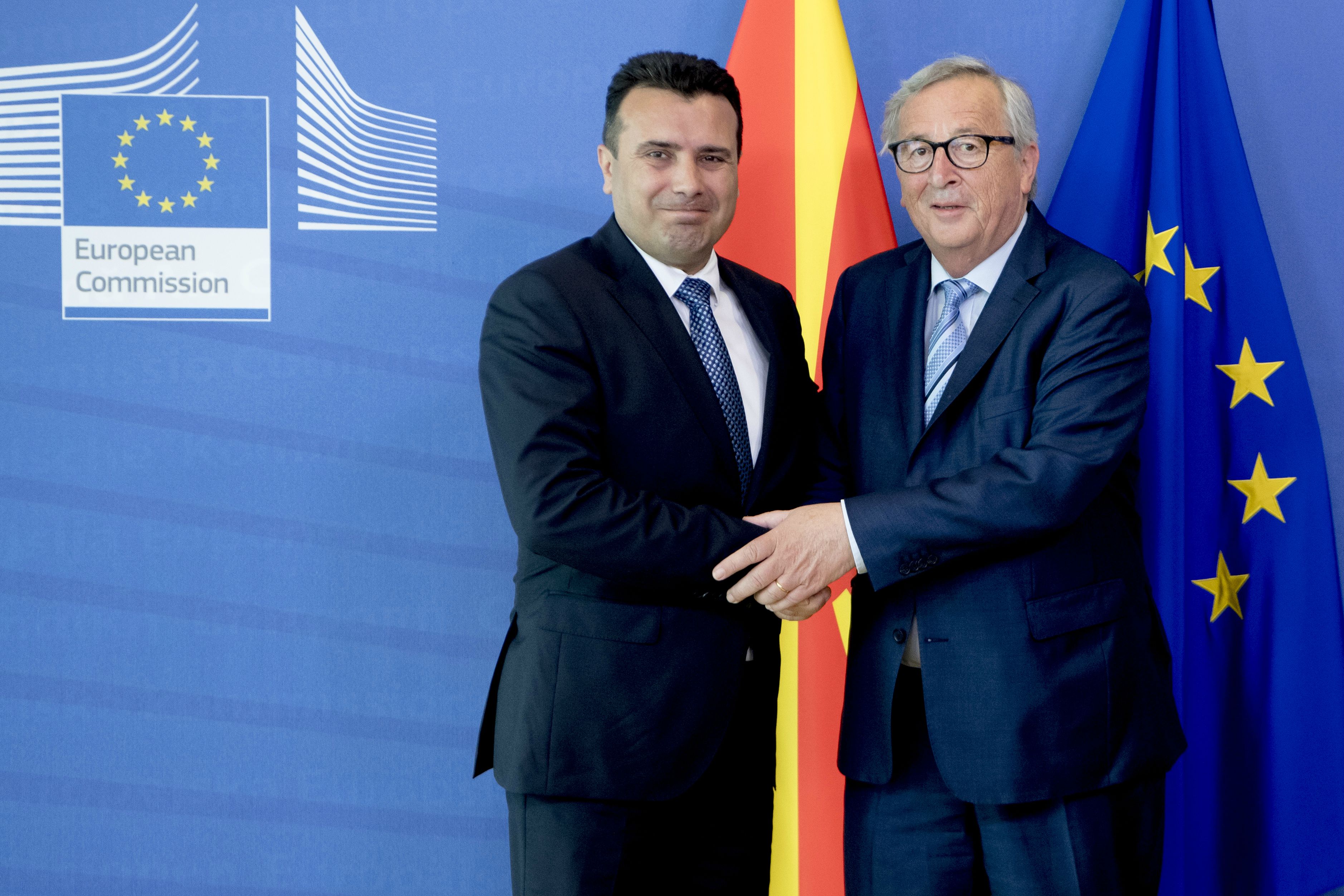 BRUSSELS – Any decisions on the opening of accession negotiations is a fully objective one, based on tangible results in the necessary areas. In our view and based on an objective assessment of the facts, North Macedonia is ready for the next step, said President of the European Commission Jean-Claude Juncker at the joint press point with Prime Minister of North Macedonia, Zoran Zaev on Tuesday.

Juncker says that it has been almost 16 years till the day that the European Union confirmed the Western Balkan European perspective. He also praised the progress that North Macedonia has made, especially in the most recent times.

“I want to congratulate Prime Minister Zaev and to North Macedonia for historical steps which have been taken and for the courage needed to take these steps,” says Juncker, adding that the Prespa Agreement is an extraordinary achievement.

He also said that the Prespa Agreement sets an example for good reconciliation among the region and beyond, as well as the Agreement North Macedonia made with Bulgaria.

However, Juncker pointed out that no country will be able to join the EU unless it solves all bilateral disputes.

“I said clearly back in 2018 that no country will join the EU unless it has solved all bilateral disputes, and North Macedonia is an example for the others,” Juncker emphasised.

The President of the European Commission also referred to this year’s Country Report for North Macedonia adding that the country has made impressive progress.

“The Commission’s assessment published last week shows that North Macedonia has delivered necessary and significant reforms in the judiciary, intelligence service and public reforms. There has also been substantial progress in the fight against corruption and organised crimes,” Juncker stated.

He explained at the press conference that North Macedonia has delivered and that it is now up to the EU to do the same, and although the some Member States have concerns, the President of the European Commission pointed out that he will do everything in his power to follow this historical momentum.

Prime Minister Zoran Zaev agrees with this statement and is strongly convinced that the EU will do its part.

“The ball is now in the EU court and the decisions on accessions have to be based on merit and facts,” said Zaev, explaining that North Macedonia is fully aware of the challenges facing the EU.

The Commissioner for European Neighbourhood Policy and Enlargement Negotiations Johannes Hahn said that one could see the impact of everything that it has been achieved in the economy, referring to the investments and reduction of unemployment in the last year.

“This is proof of the attractiveness of the European perspective and should serve as a very strong argument for those within the EU,” Hahn said.

The Commissioner pointed out that the opening of the accession negotiations with North Macedonia is about the stability of Europe which can be improved by this European perspective.

“If this effort is not adequately rewarded, this is not the right stimulous and the right motivation. However, if it is the other way around, it will push the negotiations between Belgrade and Pristina. This is in Europe’s interest to have stability in the region and the only one who can really enable this is the European perspective,” the Commissioner concluded.