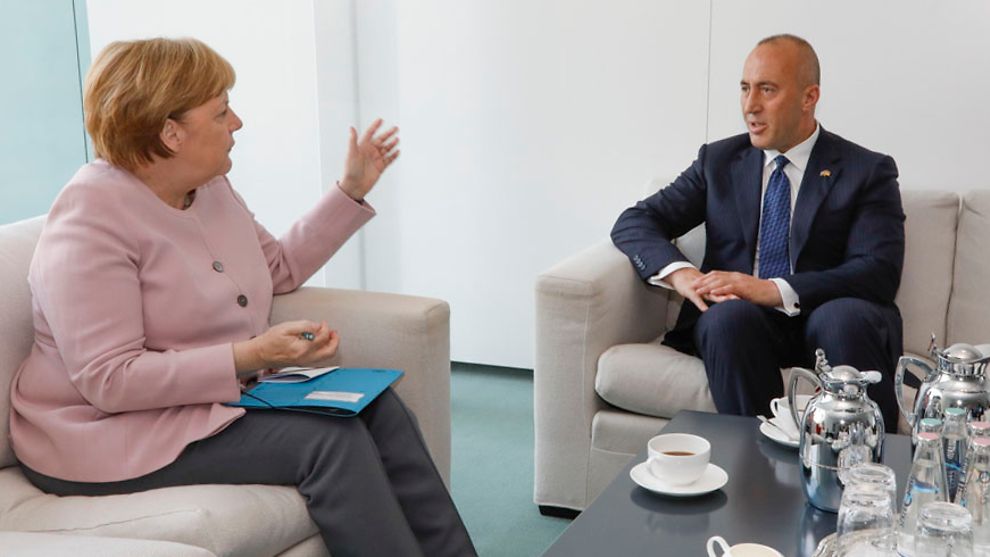 BERLIN – Kosovo is interested in the dialogue with Serbia, but the tariffs will not be removed, stated Prime Minister Ramush Haradinaj following his meeting with German Chancellor Angela Merkel on Thursday.

“We have discussed on the tax issue as part of a broader context of the dialogue, but the tariffs will not be removed,” Haradinaj said, Gazeta Express reports.

He also thanked Germany for its principled position towards Kosovo’s visa liberalisation and reiterated that his country has met all the requirements.

Kosovo should continue its lobbying efforts so that the topic of visa liberalisation is included in the agenda of the European Council.

According to Gazeta Express, Haradinaj announced that Kosovo will ask recognition from Serbia during the Paris Summit set to be held on 1 July and which will be hosted by French president Emmanuel Macron.

“In Paris we will ask an agreement on mutual recognition. Kosovo’s main request is recognition from Serbia, as well as the five EU non-recognisers,” Haradinaj said.

Thaçi criticizes EU’s policy towards Kosovo, praises the leadership of the US