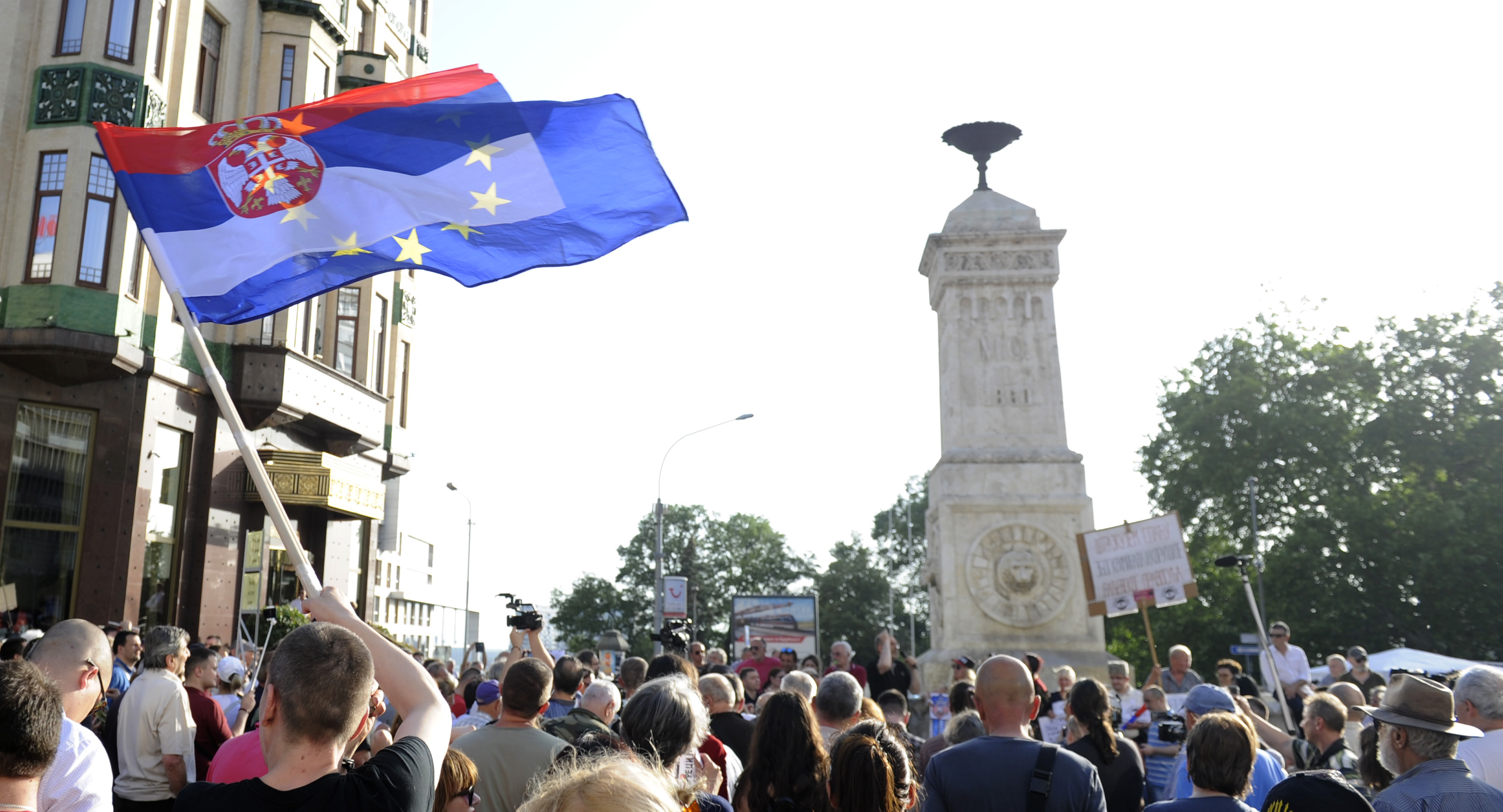 BELGRADE – Anti-government protests “One of the five million” have marked the six months since their beginning on Saturday, with the numbers of participants significantly lower than the peak of the attendance.

On 8 June, several hundreds of citizens gathered in the city centre of Belgrade for the twenty sixth week in a row. The number represents a significant drop from the peak of the protests in the capital in December and January, as well as nation-wide opposition protest in April, all of which gathered tens of thousands of participants.

The protests were ignited by the beating of an opposition politician Borko Stefanović in November. Originally, at their forefront were artists and other public figures, with politicians overtaking the lead in early spring.

The most dramatic moment of the six-month affair represented the incursion in the building of Radio-Television of Serbia and surrounding of the seat of Presidency on 16 and 17 March.

After the nation-wide protest on 13 April, the attendance has steadily declined. However, the protesters on Saturday expressed their resolve not to give up.

“Resilience and determination will win”, said Nebojša Zelenović the mayor of the city of Šabac, one of the only three local governments not controlled by Serbian Progressive Party and its allies.

He also emphasised that the undemocratic practices of the current government have been recorded in the documents such as recent reports of European Commission, as well as Freedom House.

The opposition Alliance for Serbia, primary organiser of the protests, vowed not to participate in any future unfair elections. On the other hand, if the demands drafted by the protests’ “team of experts” are implemented, the Alliance will participate and win, Zelenović underlined.

The recommendations, presented on Saturday by a journalist Vukašin Obradović, include the more active role of the independent institutions and more media presence for the opposition.

During their largest scope, the protests were taking place in dozens of cities and communities across Serbia. The have since withered in most of the locations.

One of the places in which the six months of the protests were also marked was the second largest city of Novi Sad. The events in the city that captured media attention during the weekend were, however, two beatings with alleged political motivations.

On Friday, 7 June, two students, members of an initiative against forceful eviction, were beaten at the University Campus. Members of “Serbian Right”, small political organisation with connection to the ruling party, are suspected.

A day later, one of the organisers of “One of the five million” from Novi Sad and a member of opposition Democratic Party was also beaten by unknown suspects. A protest at the campus is announced for Tuesday as a response to the events.

Albania: Ruling party moves to trigger a procedure of dismissal of the President