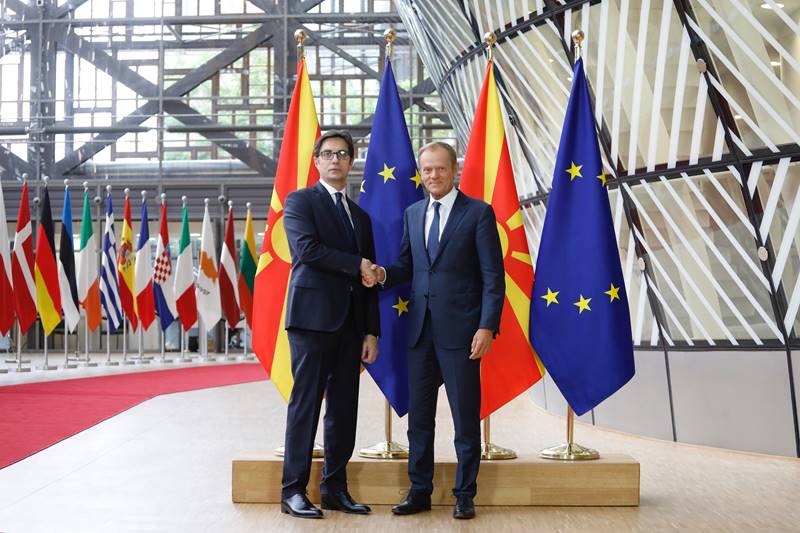 BRUSSELS – North Macedonia has delivered all the right political signals that the EU was expecting over the last two years, but not all member states are prepared to make the decision on opening negotiations in the coming days, stated European Council President Donald Tusk after his meeting with the President of North Macedonia Stevo Pendarovski.

“I personally believe that there can only be one decision: to launch the negotiations in line with the European Commission’s recommendations, both with North Macedonia and Albania”, said Tusk in his remarks.

However, he reminded that reaching a consensus among 28 member states often takes more times than he would like.

Tusk stated that opening of accession negotiations was at the centre of today’s discussion with Pendarovski, and emphasised that the question is not “if”, but “when” will Noth Macedonia be given green light.

President of the European Council also congratulated Pendarovski on his victory last month, and assessed that the orderly manner of the elections and their result show the country’s institutional stability and Euro-Atlantic orientation.

“Both your recent elections and your trip to Brussels are highly symbolic, and a source of hope for your country and your region”, said Tusk.