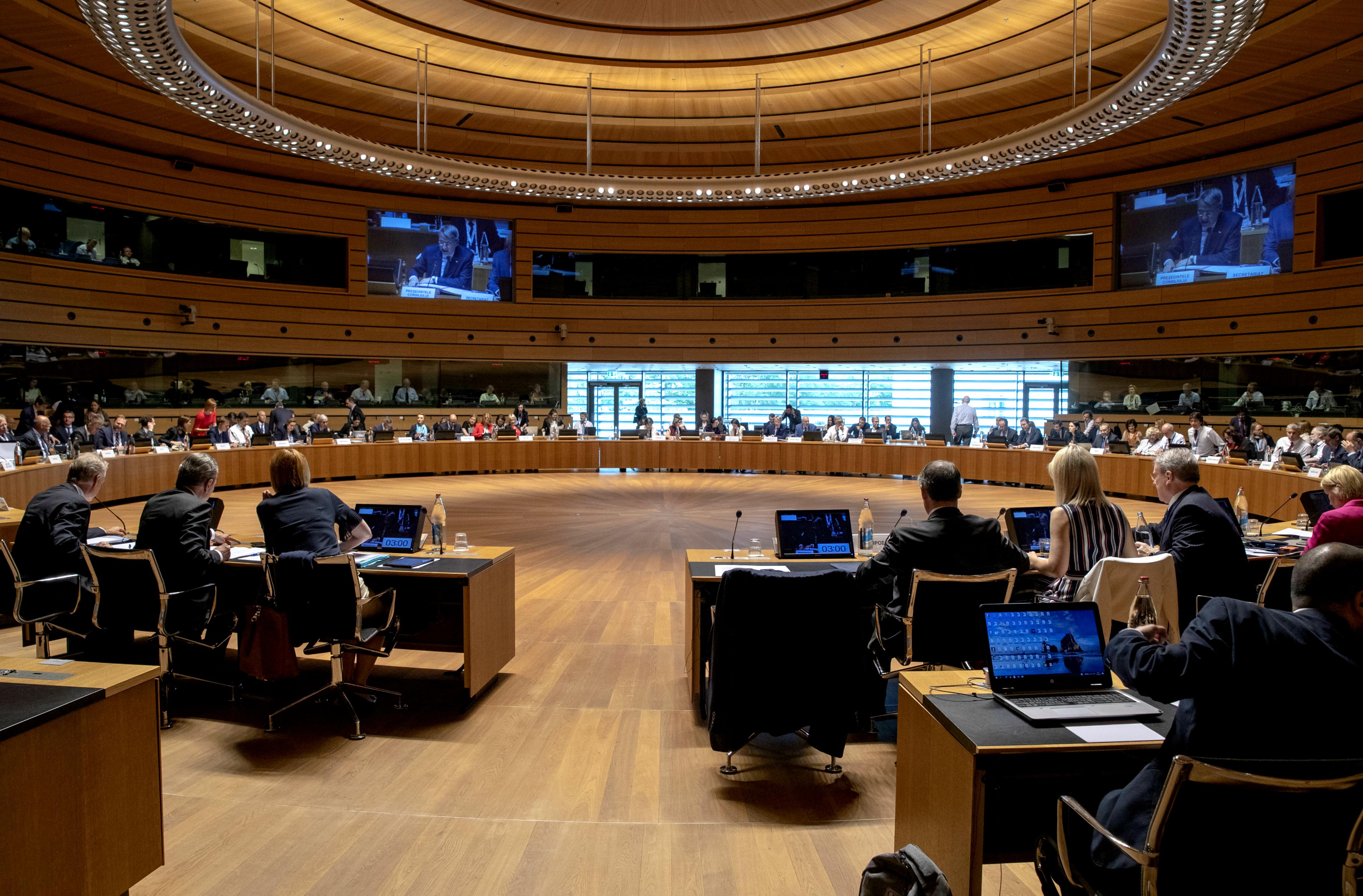 LUXEMBOURG – Red light for Albania and North Macedonia, General Affairs Council on Tuesday reaffirmed previous announcements that the decision regarding opening the negotiations with these two Western Balkans countries will be postponed for October. As the EU has been deeply divided on this decision, the crucial question is will the EU be enough decisive and united to deliver its promise in October and preserve its credibility in the region. Once it has already failed.

Since the 2019 Enlargement Package came later than usual due to the European elections, some of the Member States requested more time to discuss the opening of accession negotiations with Albania and North Macedonia. Although experts and Brussels’ officials, together with thirteen EU Member States, urged for the starting of the accession negotiations due to the concern that any further delay could cause slowing down of the momentum. However, it did not happen.

The solution agreed by consensus at the level of all member states praised the Prespa Agreement and took note of the Commission’s recommendation to open accession negotiations with North Macedonia and Albania, pointing out the timing for the Council green light is not right.

“In light of the limited time available and the importance of the matter, the Council will revert to the issue with a view to reaching a clear and substantive decision as soon as possible and no later than October 2019,” state the Council’s conclusions.

George Ciamba, Minister responsible for European Affairs of Romania explained that his country did its best to support enlargement process and despite the circumstances, the ministers at the General Affairs Council tried to find the most appropriate language that would be strategic and enhancing the stability of the region, but also the one that would send a positive message, preserving a clear European perspective and timeline.

“We have a positive and strategic approach to the enlargement process. It was important for us to preserve the momentum that is stemming from the Prespa Agreement,” said Ciamba at the press conference of General Affairs Council on Tuesday.

Although European Commission asked the EU ministers to enable the opening of accession negotiations in the previous weeks saying that the Commissions’ reports were based on merit and tangible results achieved in the necessary area and that the political compromise in the Western Balkans must be rewarded, the European Commissioner for European Neighbourhood Policy and Enlargement Negotiations Johannes Hahn still preserves hope.

“We are not where we would like to be, but we have made progress. The Council reaffirmed its commitment to enlargement, which remains a key policy of the European Union,” said the Commissioner, adding that it remains the Commissions firm belief that the Union have to reward those who have delivered all the requirements.

Despite the fact that both countries will stay in the EU waiting room at least until October the positive attitudes towards the Council’s Conclusions remained in both countries. The Prime Minister of North Macedonia Zoran Zaev says that it is crucial for the country that decision is going to be taken this year, and as he said, the Conclusions have confirmed this.

“We are pleased with the Council’s Conclusions, but it will be a complete success in October when our efforts will be crowned with a final decision to start the negotiations,” Zaev said on his Twitter account.

His Albanian colleague, the Prime Minister of Albania, Edi Rama, also shares the enthusiasm claiming that the news coming from Luxembourg are very positive.

However, this postponement does not come without risk. Without a clear European perspective for the countries that have ticked all the boxes, the EU could lose its credibility and leverage in the Western Balkans. With North Macedonia achieving “historic Prespa Agreement”, and Albania being successful in the vetting process, the eyes of the Western Balkans are now on the EU to deliver what has been agreed.

“Let’s be clear, today we risk not having a credible process at all. If the EU in the future wants to have a role as a player and not only a payer, it has to begin with a sound performance at the Western Balkans, as a precondition to be acknowledged and credible partner,” stressed Commissioner Hahn.

As the countries of the EU have agreed on postponing the decisions, it remains to be seen whether they will find a common ground for both of the countries to start the accession negotiations, as some of the Member States such as Germany and the Netherlands are in favour of the “decoupling”.

This June, 105 out of 150 members of the Dutch Parliament voted “against” opening of negotiations with Tirana in 2019 due to the insufficient progress in the fight against corruption and organised crime.

“Over the last years issues with Albanian nationals have received much public attention in the Netherlands. Albanian nationals play a significant role in organized crime in cities such as Amsterdam and Rotterdam and other regions in the country”, wrote The Hague’s representative in Brussels Robert de Groot in his letter to the Commission.

The same stance has the German Bundestag. With the ruling CDU/CSU parliamentary group apparently being hostile to Albania’s integration, some believe that the compromise solution should consist of the decoupling of North Macedonia and Albania and giving the green light only to the former country since its reforms were more positively assessed by the Commission.

The EU commissioner Hahn explains that Albania has delivered in all of the necessary areas, in particular in judiciary reform. Looking at the domestic political situation, Hahn said it cannot be overlooked.

He emphasised that this period should serve as a wakeup call, not only for the Government in Tirana but also for the opposition.

What is a state of the “frontrunners”?

The Council reaffirmed its commitment to the enlargement, stating that the EU represents a strategic investment in peace, democracy and prosperity in Europe. However, the Council points out that embracing and committing to core European values is a choice.

“The Council continues to expect partners to take ownership and be fully committed to European values and the vigorous pursuit of necessary reforms in the interest of their people”, reads the Council’s conclusion.

Furthermore, their places in the Conclusions of the Council have also found Montenegro and Serbia. While Montenegro has been praised for the overall progress, it is stated that it is, form now on, crucial that the entire rule of law system delivers more tangible results.

“Montenegro now needs to more proactively step up and reinvigorate its reform efforts – in particular in the critical areas of media freedom, fight against corruption and trafficking in human beings – to meet the interim benchmarks for chapters 23 and 24,” reads the Conclusions.

On the other hand, for Serbia, the Council underscored that progress on the rule of law and fundamental rights chapters. Furthermore, it has been underlined that the normalisation of Serbia’s relations with Kosovo continues to be essential and will determine the overall pace of accession negotiations. The Council also calls the Serbian authorities to firmly commit to and promote European values and emphasizes the need for the Serbian government to more actively and unambiguously communicate this in the public debate.

The Conclusions also reiterated serious concerns when it comes to freedom of expression. On the current state of Belgrade – Pristina Dialogue, it is said that the status quo is unsustainable.

“On the EU-facilitated Dialogue with Pristina, Belgrade needs to make further substantial efforts and contribute to the establishment of a conducive environment, as well as refrain from any act that can be perceived as a provocation,” notes the Conclusions.

Where are the EU marathon “backrunners”?

In the Commission’s opinion on Bosnia and Herzegovina’s application for membership of the EU, the Council says that it will continue to examine the Opinion thoroughly and revert to the matter later this year. It also encourages Bosnia and Herzegovina to proceed with government formation without any further delay, in order to pursue necessary reforms.

When it comes to Kosovo, the Council calls all political actors to urgently put the focus back on reforms and advance Kosovo’s European agenda, urging Kosovo to revoke the tariffs on imports from Serbia and Bosnia and Herzegovina.

“The Council deeply regrets the decisions by the government to impose unilateral tariff increases of up to 100% on imports from Serbia and Bosnia and Herzegovina in November 2018, in violation of Central European Free Trade Agreement (CEFTA) obligations and of the spirit of the SAA, as well as the imposition of non-tariff barriers. The Council reiterates that these decisions undermine regional cooperation, including the Regional Economic Area, and must be immediately revoked,” reads the Conclusions.

On the EU-facilitated Dialogue with Belgrade, it is said that Pristina needs to make further substantial efforts and contribute to the establishment of a conducive environment, as well as refrain from any act that can be perceived as a provocation.

It remains to be seen whether the Member States will find common ground in October and deliver the promised, or will Brussels keep the countries in the waiting room and lose its leverage in the Western Balkans.