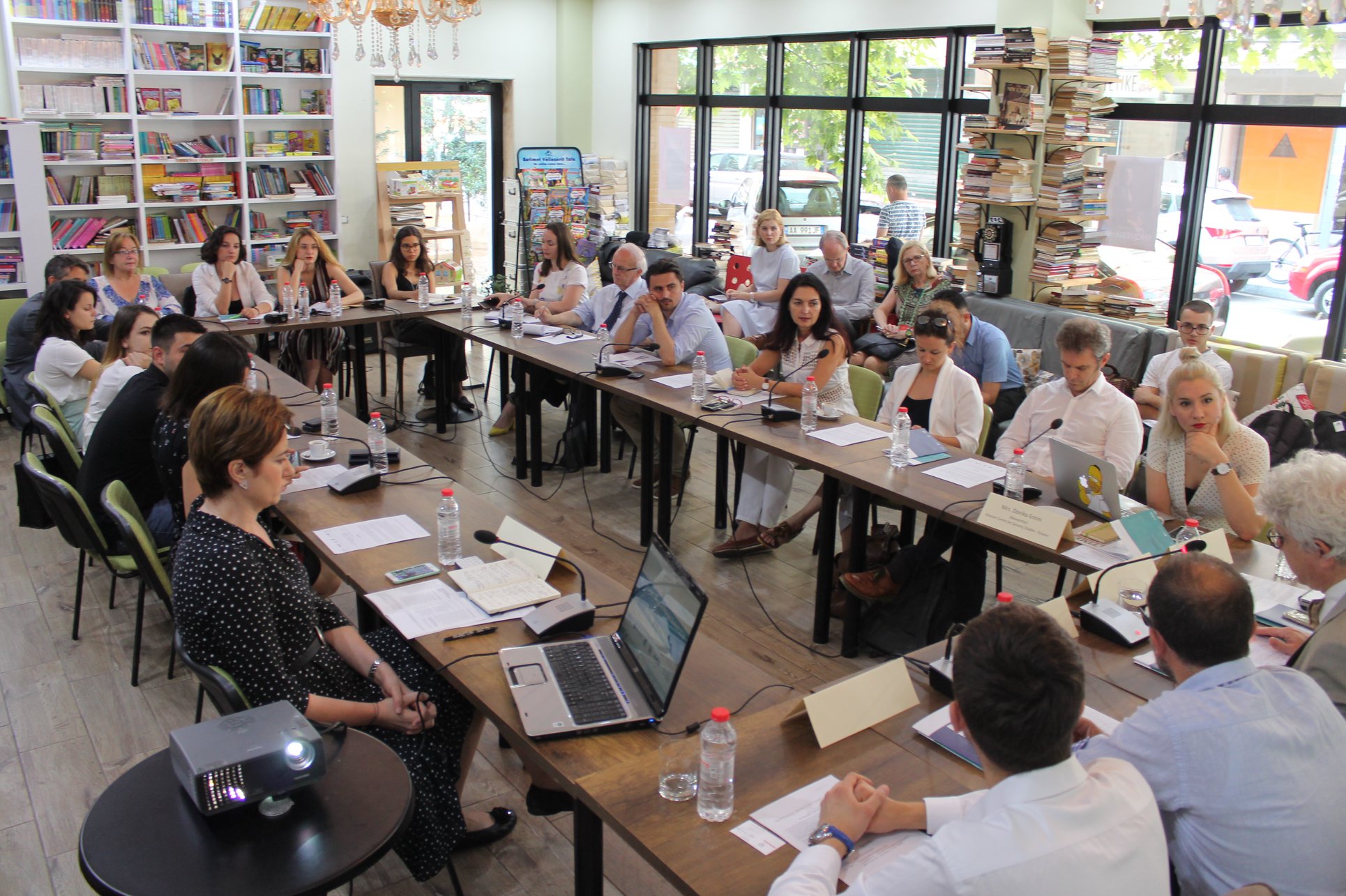 TIRANA – The regional forum – The Berlin Process: Before the Summit in Poznań 2019 took place on June 20 in Tirana. The forum that was organised by the EU Policy Hub with support of the International Visegrád Fund, served for promotion of two policy briefs focusing on the rule of law and security cooperation in the region, prepared by SEE Think NET, a regional network of civil society organizations and Western Balkan experts for monitoring the Berlin process.

Dorian Jano, the Executive Director of EU Policy Hub, opened the forum, while Ivan Nikolovski, a researcher at the Centre for European Integration at the Institute for Democracy “Societas Civilis” from Skopje, addressed the forum on behalf of the SEE Think Net Network.

Nikolovski presented the network’s activities and added that the future plans of the network are to deepen the cooperation with other regional initiatives across Europe following the Visegrád model of cooperation on think tank organizations.

Ambassador of Poland to Albania Karol Bachura presented the agenda of the Poznań Summit as well as the priorities of the Polish Presidency over the Berlin Process – economy, connectivity and cultural cooperation. From the events within the Summit, he outlined the Civil Society Forum, Think Tank Forum, Business Forum, as well as the meeting of the heads of states and governments of the Western Balkans and the EU member states.

He emphasised that the focus of this Summit is the participation of the civil society organizations from the Western Balkans.

Albania’s Deputy Minister of Justice, Fjoralba Caka, spoke about the key reforms that Albania and the aspirant countries should achieve in the EU integration process with an emphasis on the judiciary and the fight against corruption. She pointed out that the participation of civil society, as well as regional cooperation in the decision-making process, is crucial. Caka announced that Albania will host a regional anti-corruption event involving institutions and representatives of civil society.

Jovana Marović from Politikon Network from Montenegro presented the publication “How to foster the rule of law in the Western Balkans: 10 notes for decision-makers” prepared in cooperation with Dorian Jano. In their paper, they advocate for the incorporation of the rule of law into the agenda of the Berlin Process as an effective mechanism for pressure on the Western Balkan authorities to implement the reforms in this regard.

Donika Emini from the Kosovar Centre for Security Studies presented the publication “Regional Security in the Western Balkans: The Role of the Berlin Process” co-authorship with Donika Marku. Emini stressed that the region is not only a user and participant in security initiatives but also delivers security through participation in NATO missions and other peacekeeping initiatives.

Findings from publications made within the SEE Think Net NET network can be found here.

Policy Brief: Youth cooperation between EU and WB to go beyond economy and culture