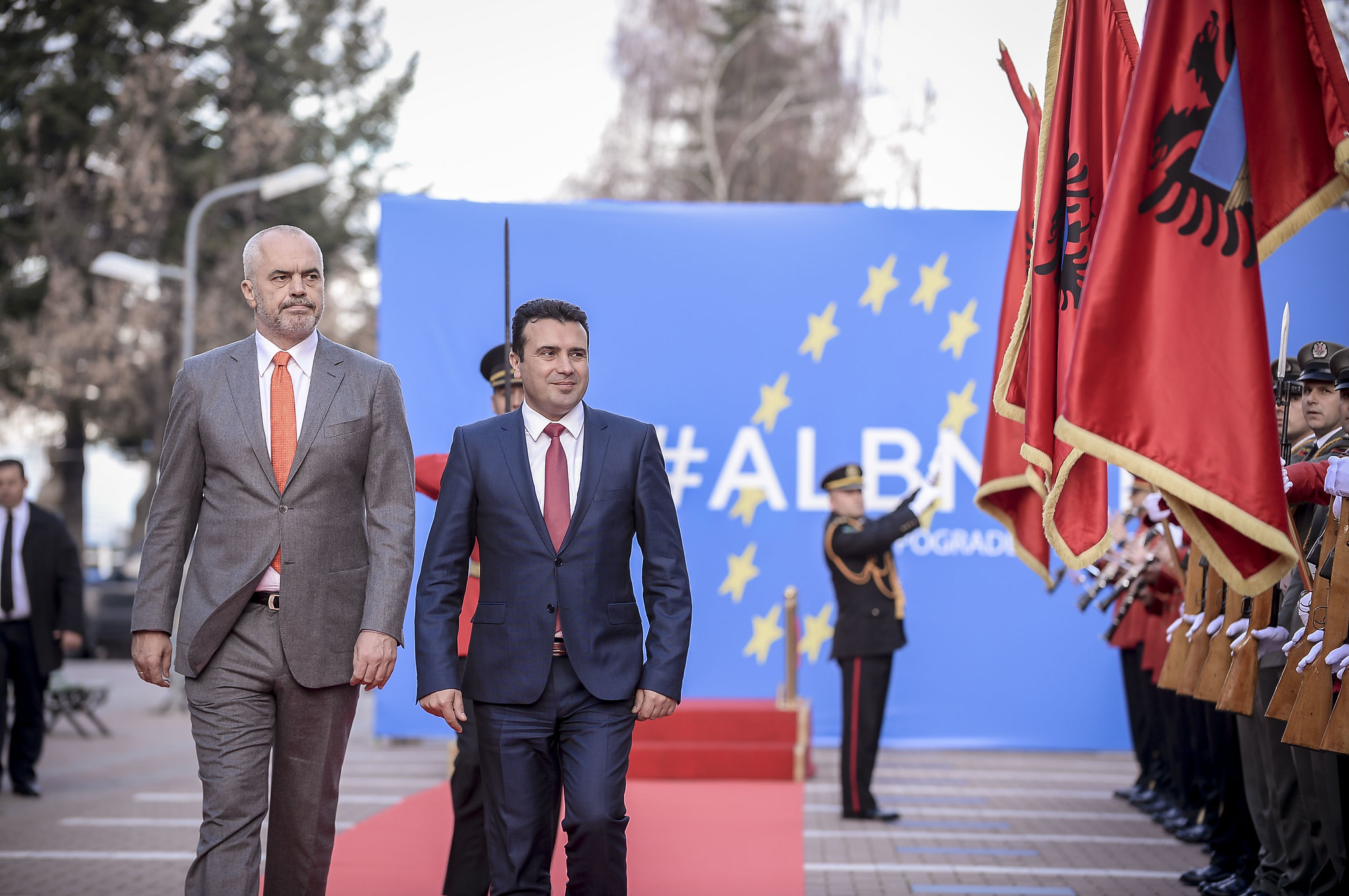 Regional analysts warn that further postponement and possible decoupling of North Macedonia and Albania could cause negative effect on the internal politics of both of the countries, and on the Western Balkans, as well, if by October the Member States come to a conclusion that Albania did not advance enough on its path towards the EU and decide to open accession negotiations only with North Macedonia.

Postponement is a defeat for reforms and enlargement

The Council’s decision to postpone the accession talks with North Macedonia and Albania has shown a lack of strategic vision in the EU, says Srđan Majstrović, Member of Balkans in Europe Policy Advisory Group (BiEPAG) and the Chairman of the Governing Board of the European Policy Centre – CEP.

According to Majstorović, ‘my country first’ attitude displayed by some Member States is harmful for the EU path of North Macedonia and Albania.

“Unfortunately, this decision has undermined the credibility of the EU, and, more importantly, the two governments which fulfilled all their required conditions,” Majstorović says for the European Western Balkans.

With this agrees Florian Bieber, Professor of Southeast European History and Politics and Director of the Centre for the Southeast European Studies of the University of Graz and a member of BiEPAG, and emphasises that postponing the beginning of accession talks is a defeat for reforms and enlargement in the Western Balkans.

“The message of the Commission and most Member States is clear. This is the second postponement and a third would see enlargement and EU unity in shambles,” Bieber says.

He says that although the numerous observers and international media have unequivocally urged European leaders to give the countries the green light now, that did not happen. However, for the EU to remain a credible actor, he explains it must deliver what has been promised in October.

France and the Netherlands failed to deliver

EU Member States continue to play the hot and cold game on enlargement, by promising support for the opening of accession negotiations and then failing to deliver when the criteria is met, explains Srđan Cvijić Senior Policy Analyst of the Open Society European Policy Institute and member of Balkans in Europe Policy Advisory Group (BiEPAG).

He explains that France very visibly opposes to the opening of the accession negotiations with Albania, as well as the Netherlands, whose members of parliament voted against opening of negotiations with Tirana in 2019, due to the insufficient progress in the fight against corruption and organised crime.

“Germany, too, failed to use its political weight and convince the reticent member states to push for the opening of the talks. Whereas parts of the governing coalition (SPD) and their party fraction in the Bundestag supported the opening of the negotiations with both countries, CDU/CSU fraction seemed to have certain reservations towards Albania,” points out Cvijić for EWB.

He emphasises that it remains to be seen whether the government in Tirana will manage to convince the politicians in Berlin that it fulfilled all the conditions for opening by September.

“Even if that happens, it is unclear whether Germany would be willing and would it manage to convince French and the Dutch to unblock Albania’s EU membership path,” Cvijić says.

However, if that does not happen, Cvijić suggests that a decoupling of the two countries would have to take place.

He explains that concerns that a likely new Nea Demokratia led government in Greece, or Bulgaria, having in mind recent tensions with North Macedonia primarily related to the work of a joint commission that deals with the two countries’ common history, may yet again postpone the opening of the talks with North Macedonia do not seem likely.

Despite the fact that both countries will stay in the EU waiting room at least until October, the positive attitudes of the Prime Ministers of North Macedonia and Albania towards the Council’s Conclusions remained, with Zoran Zaev and Edi Rama stating that the news coming from Luxembourg was very positive.

A few months delay will probably not cause any permanent damage in the region, although further delays could affect the EU’s credibility, believes Nikolaos Tzifakis, Associate Professor of International Relations at the Department of Political Science and International Relations of the University of the Peloponnese and BiEPAG member.

“If the Council fails to take a positive decision until October – especially in the case of North Macedonia, it will seriously undermine the credibility of EU accession conditionality. It will also weaken the legitimacy of Zaev’s coalition government in Skopje that has undertaken considerable political cost with the implementation of the Prespa Agreement,” says Tzifakis for EWB.

That it would be unwise to rule out the possibility that this decision could have a negative influence on internal political stability in both countries, agrees Srđan Majstrović saying that both governments are facing challenges from opponents.

“It feasible to expect that these opponents could try to exploit this EU-delivered blow for their own political advancement,” notes Majstorović.

He explains that with this decision a devastating blow was delivered to the citizens of both countries and that the disappointment that will follow will have a significant influence on trust in the EU’s accession perspective in both countries.

Majstorović warns that the political atmosphere after the Council’s decision might benefit external political actors who seek to profit from the rise of nationalistic sentiment. This might additionally spoil the EU’s attempt at Europeanization in both countries.

Aside from the impact on internal politics of North Macedonia and Albania, postponement of the opening of accession negotiations will affect other countries of the region, namely Serbia and Kosovo.

Florian Bieber believes it could bury the hope for the EU-facilitated Dialogue between Belgrade and Pristina and the EU’s role.

“After all, the dialogue was launched offering enlargement as a reward for progress on resolving the dispute. If there is no tangible reward the EU can offer at the moment to the region, the incentive for compromise in the region diminishes,” warns Bieber.

He also adds that stalling would also influence the reform process or cause a more severe reaction, as it would punish reformers and encourage half-hearted reform or even outright rejection.

What could happen if decoupling takes place?

However, analysts are not on the same page when it comes to decoupling. Although they believe that the EU enlargement is a merit-based process and that North Macedonia has undertaken more difficult compromises in the previous years, decoupling could cause a serious backlash in Albania.

However, Florian Bieber says that it might be a way to salvage the process, although it does not come without negative sides.

“In terms of advantages, there is nothing natural about linking the two countries fate, as enlargement is based on individual merit, not groups. Furthermore, the two became ‘coupled’ not because their relations are particularly intertwined, like Serbia and Kosovo, for example, but rather because they happened to be in a similar stage of relations to the EU,” says Bieber for EWB.

Bieber reminds that North Macedonia became a candidate 9 years before Albania and he says that there is “nothing wrong with moving ahead faster.”

He also adds that North Macedonia has undertaken more difficult compromises in recent years that make the start of accession talks more plausible than for Albania. On the side of risks, he believes that the decoupling would not be based on merit, but more on negative stereotypes about Albania held in some EU countries, which he considers to be hardly a good criterion.

“It leaves the three countries with significant Muslim populations in the Western Balkans behind, sending a potentially dangerous signal that the EU is disadvantaging countries because they have large Muslim populations. In the current xenophobic environment in Europe, with strong anti-Muslim sentiments, this is the wrong signal,” says Bieber.

That the decoupling would not be beneficial to anyone, except opposition politicians, believes Srđan Majstorović adding that opening of the accession talks with both countries simultaneously should be the preferred option.

“The conclusions of the Council noted promisingly that the EU will be “reaching a clear and substantive decision as soon as possible and no later than October 2019” for both countries. However, should internal developments in either of the two respective countries cause additional delays, the EU must finally prove its credibility and open accession talks with whichever country is ready at that moment,” says Majstrović for EWB.

On the other hand, Nikolaos Tzifakis does not see anything wrong with the idea of decoupling the two countries, since the policy of EU enlargement is based on the logic that each country is assessed individually on its own merits.

“Arguably, the progress registered recently in the two countries is not comparable. And the Commission’s recommendation to open accession negotiations with Albania was released before the escalation of the current crisis in Tirana. Having said that, I do not imply that the EU accession of Albania should not advance,” Tzifakis says, adding that it is very difficult to make a solid case for Albania while such a serious political crisis is in full swing.

If the decoupling takes place, it could also provoke a backlash in Albania, warns Srđan Cvijić.

“EU capitals remain unconvinced by what they perceive as threats coming from the region. In their view further destabilisation of Albania would just present a proof that reticence towards Tirana opening its accession talks was justified,” Cvijić concludes.

The decision of the Member States, namely France and the Netherlands, will have to wait until October. If the countries do not reach a compromise and decide that Albania did not advanced enough on its path towards the EU to be granted with the green light, it remains to be seen what kind of impact will that decision have on the EU’s credibility in the Western Balkans.