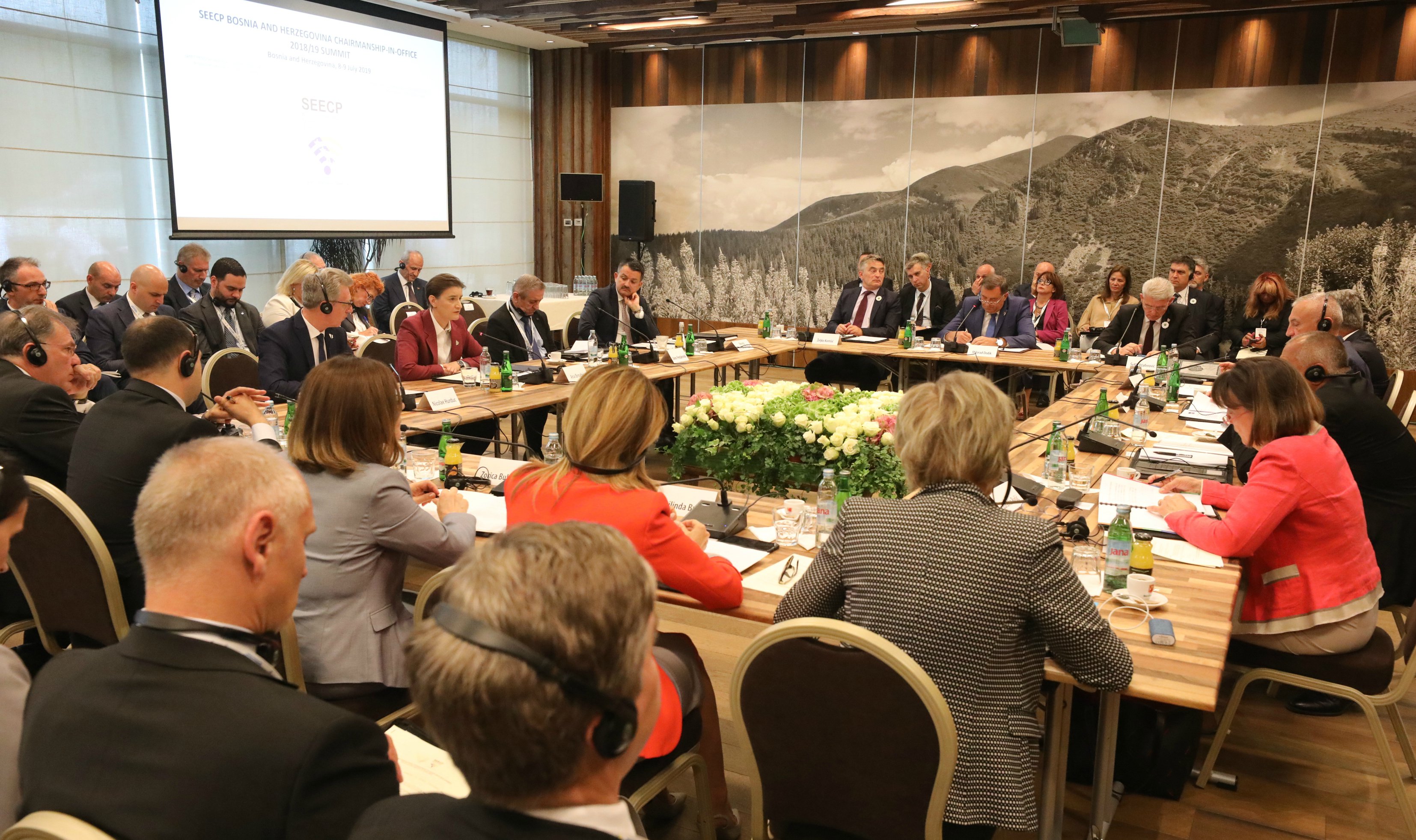 JAHORINA – The EU Membership perspective has proved to be the most powerful incentive to encourage the necessary reforms as well as the best guarantee for the long-term peace, stability and security in the region, agreed participants of the Summit of the South East European Cooperation Process (SEECP) in a joint Declaration.

They also emphasised that European perspective is the strongest provider of the impetus for the full transformation of the region and the promotion of democracy, human rights and fundamental freedoms, rule of law, mutual understanding, interconnectivity and good economic governance.

“It is essential to maintain the momentum of enlargement and continuous commitment to reforms for the credibility of enlargement policy, based on strict and fair conditionality, regional cooperation and good neighbourly relations and the principle of own merit,” reads the joint Declaration.

They pointed out that better coordination among different regional initiatives, streamlining of their efforts, avoiding duplications, and working together and with European institutions could speed up positive changes. Also, they added that the security of South East Europe is a major precondition for the security and stability of the entire Continent.

“The Participants are fully aware of the urgent need to broaden connectivity within the region as well between the region and the European Union. By increasing connectivity, the region’s ability to compete at the global market increases as well as the overall well-being of its citizens,” stated participants in the joint Declaration.

They also mentioned the potential threat to the stability of economic advancement and sustainable development caused by the exodus of a large number of educated and skilled young people.

The participants also noted that for building more stable and coherent societies, it is necessary to have youth cooperation and they welcomed the contribution of Regional Youth Cooperation Office (RYCO) and the Western Balkan Fund (WBF).

Full text of the joint Declaration can be found HERE.

Bieber: I expect some opposition MPs in Greece to vote for Prespa Agreement