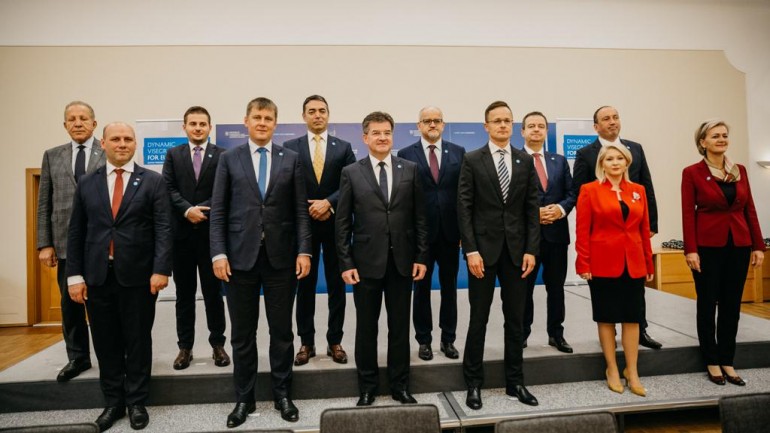 PRAGUE – The European Union remains an important actor in ensuring the enhancement of regional cooperation and reconciliation in the region, giving countries’ membership perspective, assesses the policy brief “Reconciliation in the Western Balkans: Overcoming the past together”, published by Institute for European Policy – EUROPEUM.

It is stated that two decades after the last armed conflict in the Western Balkans, the reconciliation process in the region is still its early phase.

“Reconciliation is considered both a determinant for the democratization process of these countries and a precondition for them to join in the EU at a later stage. Moreover, a satisfactory degree of reconciliation is also seen as an essential step which would make European integration a long-term success,” it is noted in this policy brief.

According to the policy brief, reconciliation has to be considered as a key part of the solution for the Western Balkans because all countries in the region are interdependent and seek a common future perspective in the wider European framework.

The policy brief states that the Visegrád experience seems to play the role of an important source of inspiration for the reconciliation process in the Western Balkans, both when it comes to the reconciliation between themselves and with the third countries.

The Visegrád group was created to enhance cooperation between the Czech Republic, Hungary, Poland and Slovakia. The aim of the signatories was to overcome the problem from the past and concentrate on common challenges, one of which was the integration into European and trans-Atlantic structures.

“The ability of V4 to serve as a positive inspiration, however, might be endangered by some negative developments in the region, including the rise of Islamophobia, widespread anti-Roma sentiments, or maintenance of negative attitudes towards    ‘others’,” stress the authors of the policy brief, adding that these negative developments occurred primarily due to the fact that reconciliation was not entrenched in the society through education.

The Western Balkan countries can learn a bitter lesson, the authors conclude.

According to the policy brief, reconciliation in the Western Balkans, a complex and multidimensional process involving a wide scope of actors, inter alia the EU and its member states, among them Visegrád Four, is concentrated according to the EU around “overcoming the legacy of the past”.

The researchers note that the negative stereotypes are expressed in the public sphere including education, so, the stereotypes can be again manipulated by nationalists.

From this point of view, good neighbourly and interethnic relations based on tolerance represent one of the key pillars of the reconciliation in the Western Balkans.

“In the opinion of the EU, even more important is a promotion of tolerance through education which must be given a higher priority than before,” published in the policy brief.

The authors of the policy brief explain that reconciliation in the Western Balkans has both dimensions – internal, between the newly established states which emerged through wars. Thus, the reconciliation process is supposed to be more complex, long-lasting and demanding specific coalitions of actors and sets of activities.

In this regard, the following recommendations are issued to all interested parties. Authors recommend that the Western Balkan countries should invest more in their younger generations as future the EU citizens and offer them a perspective for the future.

They also point out that the reconciliation process should seek the direct involvement of the entire societal spectrum including also municipalities which are closer to the needs and realities of the citizens, as well as the private business community.

“The Western Balkans countries should commit to the realization of concentrate initiatives that support reconciliation and good neighbourly relations which include a broad range of themes such as supporting transitional justice, solving cases of missing persons and increased cooperation in education, culture, youth and sport,” the paper concludes.

Who is preventing economic freedom in the north of Kosovo?