The Regional Youth Cooperation Office (RYCO) is usually perceived and it is indeed one of the most concrete results of the Berlin Process. This fact is two-sided – it is good to have a functioning mechanism such as RYCO in the region, but it is also not so good that it is one of the rare initiatives which deliver. The six-year-long Berlin Process initiated a number of important discussions for the Western Balkans, but there are still a number of projects to be completed and issues to be addressed if we want to live in a region which creates opportunities for all of its citizens and inspire youth to improve it further.

The leaders of the region and those from the European Union rightly highlighted after the Summit the importance of young people for the future of the Western Balkans and the need to tackle brain drain. The Chair’s Conclusions also outlines that the leaders remain concerned about the persistent shortage of opportunities for young people in the region and agreed that increased efforts are needed in order to provide opportunities for youth that would encourage participation and entrepreneurship, modernize education, increase job-specific skills and employment opportunities, and encourage brain circulation and social and economic inclusion.

That is all correct, especially having in mind that prejudice and stereotyping continue to shape attitudes and behaviour in the Western Balkans, that a culture of separation does not serve the interests of youth, the region or its European integration. Moreover, the legacy of an absence of support for change still keeps us in the status quo.

Having this in mind, RYCO strongly believes that young people should be creating a culture of mobility, intercultural exchange, and reconciliation in the region.

Furthermore, young people should be active contributors to democratic development, social and economic prosperity, and European integration in an increasingly open Western Balkans region. We also think that our six Governments should be providing proactive support to youth exchange and youth engagement both on the local level and across the region. These are indeed the areas where we focus our every day but also our long-term plans.

In the situation in which the region is at the moment, we do not have time to waste if we want to enjoy the fruits of a peaceful and prosperous region. The youth unemployment rates are high all across the Western Balkans, young people perceive corruption as one of the most pressing issues in their societies, and a striking number of them want to leave the region forever, while some of them show certain signs of increasing tolerance regarding authoritarian tendencies. These are not promising facts – quite contrary, they rather seem like an urgent call for immediate action.

RYCO itself cannot do a lot on all these issues on its own. We need our governments, educational institutions, civil society, and media to act together and in the spirit of cooperation, not competition, if we want to ensure a better perspective for our region.

RYCO will keep working on youth exchanges in the region in order to bring young people closer together but we have to be aware that they are immensely influenced by the rhetoric being practised in the region on a daily basis. That is why I asked the decision-makers at the Summit to take more care of how they are acting in the regional arena.

Moreover, the above-mentioned problems and challenges in the region should be first acknowledged and then addressed immediately by the governments. Young people across the region are expecting this. Young people can push governments, institutions, any of us, to act. The need to involve them now is more urgent than ever. But let it not be a missed call, like many times before. This was another reason why I urged the leaders to listen about worrying data and some alarming statistics concerning youth, and act in the best interest of young people by keeping their promises.

On the other hand, RYCO celebrated its third birthday on 4 July during the Poznań Summit. On the very same date in Paris three years ago, the six prime ministers of the WB6 agreed to establish our organization as the institutional mechanism and platform for youth cooperation in our region.

We proudly shared the fact that in the upcoming days we will count over two hundred secondary schools and organizations supported by RYCO and around three thousand young people directly taking part in RYCO supported programs and activities. The number of indirect beneficiaries goes beyond 50.000.

I am saying this not to brag, but to show that sincere cooperation is possible and it gives result when you bring together governments, civil society, and all other relevant stakeholders. That is also why we want RYCO to be an example in the Western Balkans.

Finally, we sincerely do not want to be the only “most tangible result of the Berlin Process”, we want to see more of these. If we want to make a success of the Berlin Process, we should have in mind the above-mentioned facts. I am sure that the time has come for our governments to act not only in their national interests but in the interest of the region as a whole and also in the shared interest of its citizens.

To conclude, the next 10 years will be decisive for the region of the Western Balkans. We will all know in 2030 whether the region will have managed to be pulled into the EU, fully integrated despite all difficulties within their political spheres, socio-economic aspects, and global geostrategic positioning. Otherwise, we might see the region already steered into other largely unknown orbits where other “third party actors” set the scene.

In the meantime, while our governments slowly tick their technical boxes and get evaluated by the Commission the young generations are no longer waiting. They, but also skilled professionals are leaving, attracted by new migration policies of desirable host countries, particularly Germany.

Moreover, recent studies reveal that it is going to take this region at least 40 years to reach some average economic standards for the EU, so the impetus for the well-known brain drain phenomena is going to be present for a long time.

That is why we need to deliver altogether. Otherwise, young people of the Western Balkans will look for a better future elsewhere. 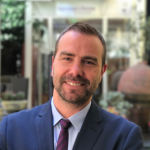