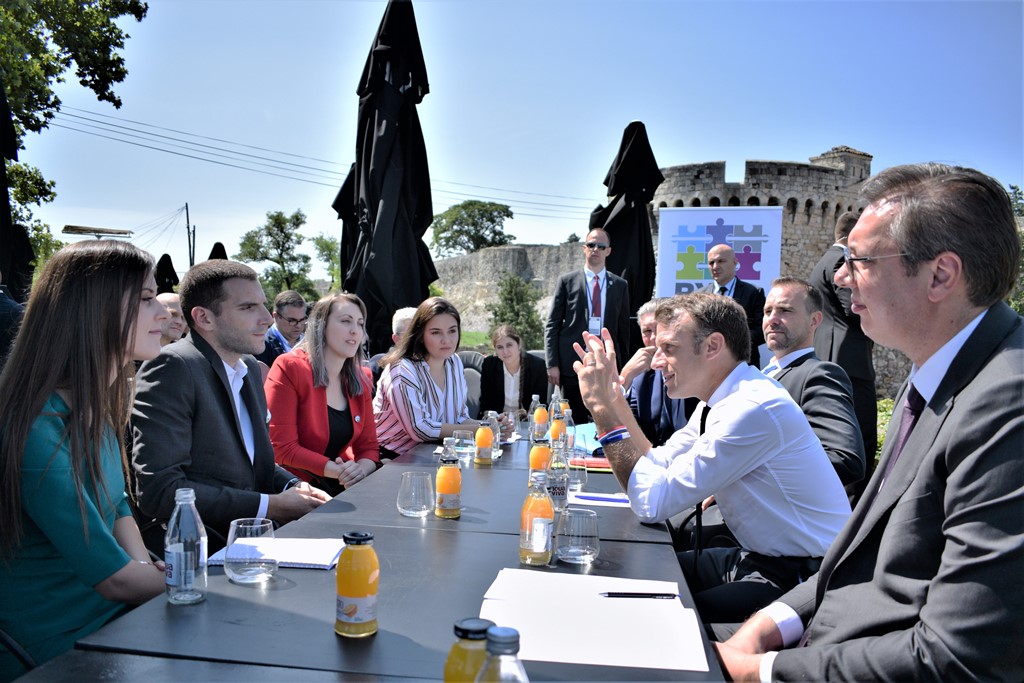 BELGRADE – President of the French Republic Emmanuel Macron concluded his two-day visit to Serbia with a meeting with Regional Youth Cooperation Office representatives, during which they discussed common challenges of young people in the region, reports Radio Free Europe.

RYCO Secretary General Đuro Blanuša briefly presented the organization and its work and underlined that reconciliation is not just the absence of war.

“Our region still insists on differences and look at them as something that divides us, but the differences should bring us together,” Blanuša said and added that we still live in a fragile region. He also thanked the governments of the region for being committed to RYCO.

Expressing his willingness to discuss the common challenges with young people from the region, President Macron underlined that he is a strong believer in RYCO and its work, adding that he is happy to hear about launching a joint project supported by the French Development Agency.

The young people participating in the event shared their views on reconciliation, cooperation, democratic values, education and security in the region, by highlighting the need for enhanced cooperation not only between the young people, but also between the governments in the Western Balkans.

President Macron said that he does not want this generation to be disappointed even after the region becomes a part of the European Union and highlighted that this is the reason why the EU should be reformed. He also said that a new European narrative should be created.

President of Serbia Aleksadndar Vučić also participated in the meeting. He stressed that today a program for social entrepreneurship of young people was launched, and thanks to the French Government, and that he promised greater support to Serbia’s Youth Cooperation Office Program.

Vučić also pointed out that he shares most of the young people’s views and underlined that the overall atmosphere in the region is not serving cooperation between the societies, adding that readiness of Serbia to contribute more to the youth cooperation in the region financially.

„Serbia is ready to contribute more and double or triple its contribution to the RYCO budget,“ he concluded.