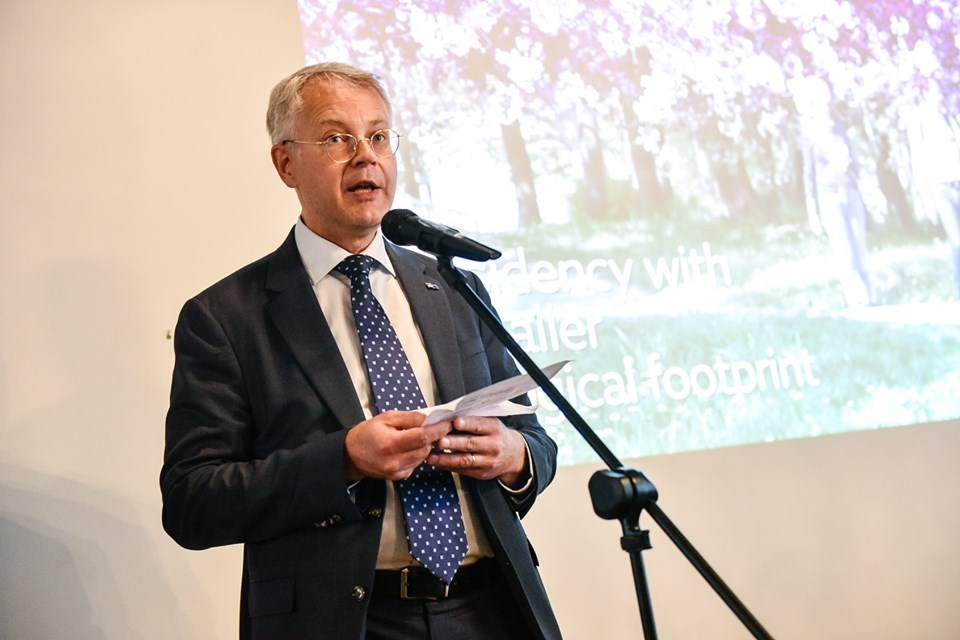 BELGRADE – Finland is an enlargement-friendly country, stated in an interview for EWB Kimmo Lähdevirta, Ambassador to Serbia, Montenegro and North Macedonia, on the occasion of Finnish Presidency of the Council of the European Union.

“Enlargement policy plays a significant role in advancing peace, prosperity and security in our continent, and therefore, Finland is committed to taking forward work on a credible enlargement perspective also in the Western Balkans, as stated in our Presidency Programme”, emphasised Lähdevirta.

One of the most important questions related to enlargement during both Romanian and Finnish Presidency was the opening of negotiations with Albania and North Macedonia. While he recognizes the crucial importance of the issue for the region as a whole, and welcomes Prespa Agreement as a tangible achievement worth recognition, Ambassador Lähdevirta reminds that the decision requires unanimous support of all EU member states.

“As the Presidency, Finland is committed to act as an honest broker, and we are expecting an answer to this question in October at the latest”, he emphasised.

Another candidate country in the region, Serbia, opened only one additional negotiating chapter in June, some describing it as disappointment. According to Lähdevirta, Finland is more focused on the substance and quality of the reforms needed for EU membership than the number of chapters.

Another issue of concern in the region is the normalisation of relations between Serbia and Kosovo, which the Ambassador sees as lacking serious progress lately, especially since the introduction of import tariffs on Serbian and Bosnian goods.

“We sincerely hope that a solution can be found, and willingness to compromise is expected from both sides. Status quo is not an option, as lack of normalization of the relations comes at a cost for both parties”, concluded Lähdevirta.