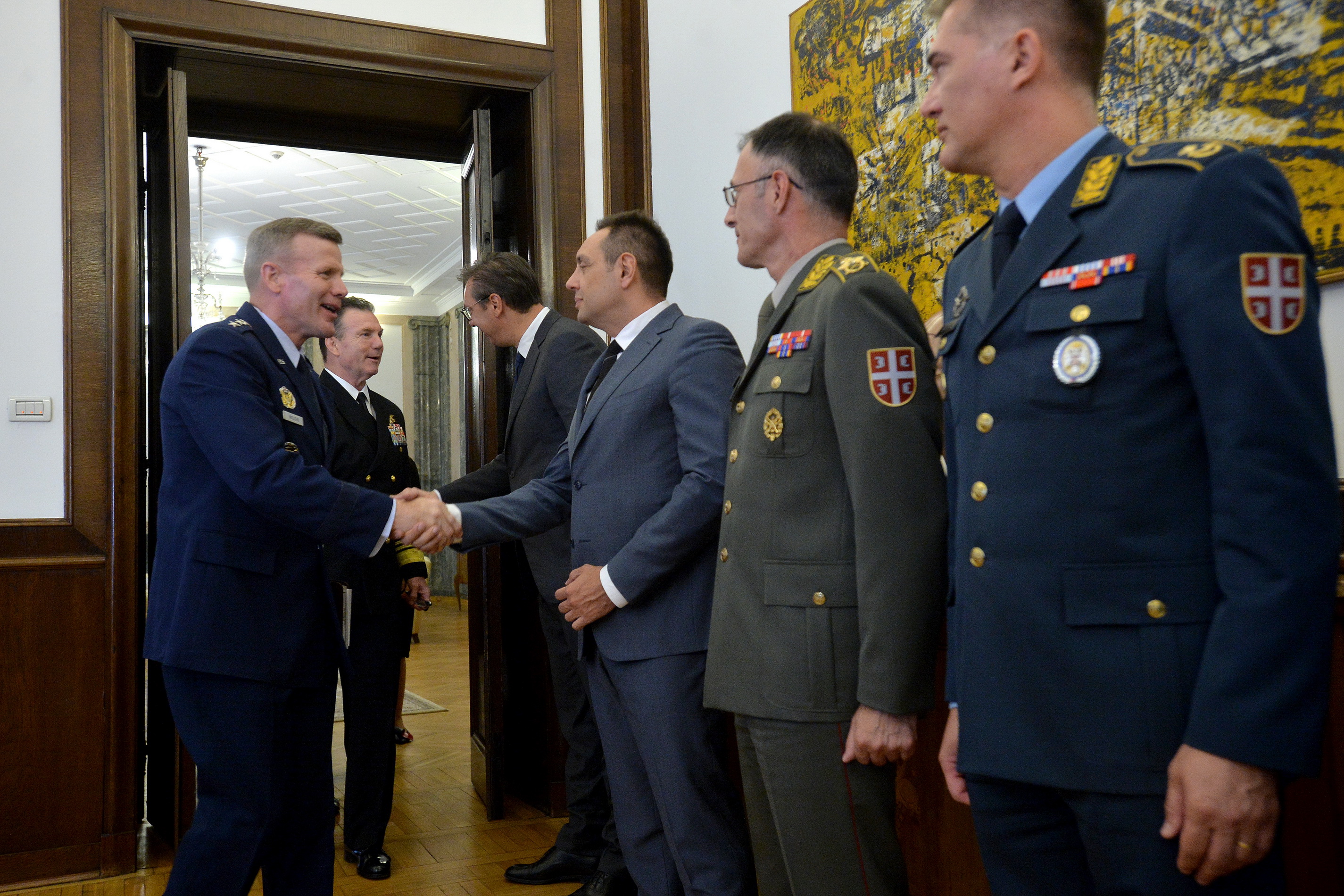 BELGRADE – Mutual communication is important for preserving stability in the region, said Todt D. Wolters, Supreme Allied Commander Europe and Commander (SACEUR) and U.S. European Command, during his tour of the command and NATO offices in Europe, who arrived in Belgrade on Tuesday.

“I’m glad to be here and to meet with my Serbian counterparts. Tonight, I had the honor to be hosted by General Mojsilović with his team. I am grateful that I can experience Serbian hospitality firsthand. We have talked about many topics and I am glad that I can say that Serbia, by its work and dedication, encourages peace and stability in the Western Balkans,” said Wolters in a statement to Tanjug.

Wolters met with Serbian President Aleksandar Vučić on Wednesday. The meeting was also attended by Serbian Defense Minister Aleksandar Vulin, Chief of General Staff of the Army of Serbia General Milan Mojsilović and Head of the Mission of the Republic of Serbia to NATO Brigadier General Predrag Bandić.

In a President’s press statement it is said that Vučić expressed satisfaction with the good cooperation with NATO, which is being developed with respect to the military neutrality of Serbia, reports RTS.

Vućić added that KFOR is a guarantor of the security of the Serbian people in Kosovo and pointed out that good communication between the Serbian army and KFOR is important for preventing any crisis in Kosovo.

Therefore, he asked that the Chief of General Staff of the Serbian Army would be able at any moment to contact the KFOR Commander and at the same time accepted that the top Serbian Army be available for communication with KFOR, reports RTS.

General Wolters acknowledged that there should be a possibility of mutual communication “because it is important for maintaining stability in the region as one of the pillars of global stability.”

According to the press statement, he said that “KFOR will continue to fulfil its responsibilities in Kosovo in a responsible manner” and praised President Vučić for his responsible, wise and cold-blooded reactions in crisis situations in Kosovo, reports RTS.

Meetings with Vulin and Mojisilović: KFOR is the only guarantor of the security of the non-Albanian population in Kosovo

During the meeting with Vulin, Serbia’s strategic orientation as a military neutral nation was confirmed, and possibilities for further development of cooperation through the existing Partnership for Peace mechanisms and the Individual Partnership Action Plan which will be adopted, Telegraf reports.

Wolters praised the contribution of the Ministry of Defense and the Serbian Armed Forces in multinational operations under the mandate of the European Union and the United Nations, with a special emphasis on the engagement of our members in the mission in Lebanon (UNIFIL).

On the other hand, Vulin expressed his gratitude to KFOR and all the countries that participate, because it is the only guarantor of security for the Serb population and for peacekeeping in Kosovo, Telegraf reports. Vulin added that for Serbia it is worrying when the number of personnel or the role of KFOR is reduced.

Also, during the meeting, Serbian military neutrality was again mentioned as the Serbian strategic orientation and again it was emphasized the importance of KFOR in Kosovo. Furthermore, both generals discussed the possibilities for further development of cooperation through the existing “Partnership for Peace” mechanisms and the new Individual Action Plan.

General Todt D. Wolters became the 19th Supreme Allied Commander Europe (SACEUR) on 3 May 2019 and this is his first visit to the region.