The unusual and marathon talks in Brussels this month (July), on the future leadership of the EU institutions resulted with the EU-28 agreeing on four names for the four key positions of leadership in the European Commission and agreeing on four candidates for the four key positions. The process showed how difficult it has become for the EU Member States to agree, which was used to make a case against enlargement. French President Macron, in reference to the summit, stated that: “I am more than sceptical when I hear that the future of Europe lies in further enlargement when we are not able to agree as a group of twenty-eight.” Nonetheless the drama in Brussels produced something positive with the nomination of the first female President to lead the European Commission, the former German Defense Minister, Ursula von der Leyen, recently approved by the European Parliament as well. Her nomination has been seen positively in the Western Balkans. In her Agenda for Europe she includes an important statement about Western Balkans:

“I want to reaffirm the European perspective of the Western Balkans and I see an important role in the continued reform process across the region. We share the same continent, the same history, the same culture and the same challenges. We will build the same future together.”

However, the nomination of Spain’s Foreign Minister Josep Borrell to become the next High Representative for Foreign Affairs and Security Policy generated debate and has been viewed with skepticism and concern in Kosovo. Obvious reasons for this have to do with the implications of having the High Representative and the next boss of the EEAS come from one of the EU Member States that does not recognize Kosovo’s independence. Mr. Borell has publicly supported the dialogue as well as an agreement between Kosovo and Serbia, and he can also be exactly what the processes needs, as he is in better position to speak in favor of compromise in Belgrade, and can help bring onboard the five non-recognizers in endorsing a potential agreement, if (when) reached. But, because he comes from Spain, which has been the most vocal in opposing Kosovo’s independence, and even in some cases, the deepening of relations between EU and Kosovo, it has generated concerns and raises questions about his credibility. Spanish Prime Minister Mariano Rajoy was the only EU leader, including from the five non-recognizers that did not attend the summit between EU member states and the Western Balkans last year in Sofia, and the reason for this was Kosovo.

While we are still to hear directly from Mr. Borrell on how he sees the dialogue, as well as his and EU’s role, and as an experienced diplomat and a pro-European he should be able to exercise his mandate effectively, what we know from recent developments in Berlin in April, and the postponing of the Paris summit between Kosovo and Serbia, is that there is serious dysfunctionality on the side of the EU. Rifts between France and Germany concerning the dialogue are now a public secret. Therefore, it is essential that Mr. Borrell –hoping that he still sees the dialogue between Kosovo and Serbia as an important priority for the EU– sends the right messages to both parties and takes the necessary steps to bring back the dialogue in the EU’ track.

In this context, appointing a Special Envoy for Kosovo-Serbia dialogue would be welcoming and important action to give the dialogue the necessary focus, as well as attention of the EU that it needs in this last phase, in order to secure a comprehensive legally binding agreement between Kosovo and Serbia. Such an action will create a new momentum for both parties, and strengthen EU’s credibility in engaging with the region. Continuation of lack of clarity, cohesion, and leadership do not only risk sending the dialogue into an abyss, but seriously question EU’s actorness and agency. It is not entirely unimaginable that Kosovo and Serbia can reach an agreement without the EU.

Appointment of a Special Envoy for Kosovo-Serbia dialogue is not a new idea. Among others, it has been discussed in the conferences for the region organized by the Aspen Institute Germany. I am also not arguing that we need a Special Envoy for the dialogue just because the next EU-HR will be a Spaniard, or that we need another institution to deal with the dialogue. The Special Envoy should operate under the umbrella of the Office of the High Representative and the EEAS. We need a Special Envoy because this could be potentially the most effective way of bringing the dialogue to the finish line. Special Envoy should someone with the support from all EU Member States and with the clear mandate to reach a legally binding agreement between Kosovo and Serbia.  This also becomes necessary when you think of all the pressing issues awaiting the next EU High Representative, including the situation with Iran, Syria, Yemen, Ukraine, Russia– and the many other problems it connects to.

Dialogue between Kosovo and Serbia is complicated and the reconciliation between the two countries will take much longer, but a deal to conclude the existing phase of the dialogue that would enable both countries to accept each other, and move forward in their European paths and, for Kosovo international integration, is realistic and a potentially low-hanging fruit, because both parties understand the alternative is worse. The EU can help bring back order to the dialogue and bring parties to the finishing line, by giving the process the necessary focus, resources and political capital. Appointment of a Special Envoy is one way to do this if such a person will have the necessary backing and commitment from all from the Member States to endorse the deal. The deal between Kosovo and Serbia would mark a great accomplishment for EU’s Foreign and Security policy and show that the EU is a competent and effective conflict resolution actor. In other words, an EU that is not capable of resolving disputes in its own front-yard how can it speak with credibility as an actor in other important global issues?

This article is published in the framework of the project “Building Bridges: Europeanization through the enhancement of cooperation between KCSS and Think Tanks in the EU” implemented by the KCSS and supported by the Open Society Initiative for Europe (OSIFE). 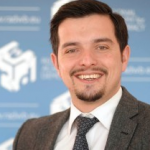 Senior Researcher at the Kosovar Centre for Security Studies (KCSS) and a PhD Candidate in Politics and International Relations at the Dublin City University in Ireland. For a short period between 2015 and 2016, he served as a Deputy Minister for European Integration in the Government of Kosovo