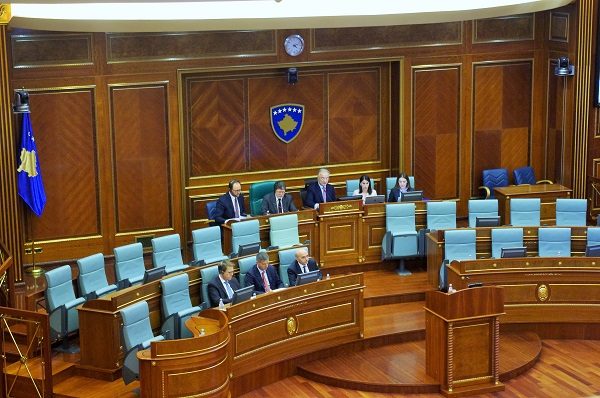 PRISTINA – Kosovo MPs are set to vote on 22 August for the dissolution of Parliament to pave the way for an immediate general election. The move came following Ramush Haradinaj resignation as country’s prime minister on 19 July after the Specialist Chambers called him for questioning as a suspect, Gazeta Express reports.

If dissolution is supported by two thirds members of the 120-seat parliament, the country will announce early general elections. The election date is yet to be confirmed after consultations of all parties in the Assembly. It is in the discretion of country’s President to set a new election date within a 30-day deadline.

“We agreed together that the country should move towards well-prepared elections. We all agreed to dissolve the Assembly on 22 August and then follow all procedures as foreseen by the Constitution for the country to announce elections,” stated parliamentary leader of the Democratic League of Kosovo (DLK) Avdullah Hoti. Last week, this party elected Isa Mustafa as the chairman for a new 4-year term.

The decision of the Assembly to hold a vote on dissolution has already been endorsed by the outgoing Prime Minister of Kosovo Ramush Haradinaj, who wrote in a Facebook post that it is a right decision and in compliance with laws and country’s Constitution.