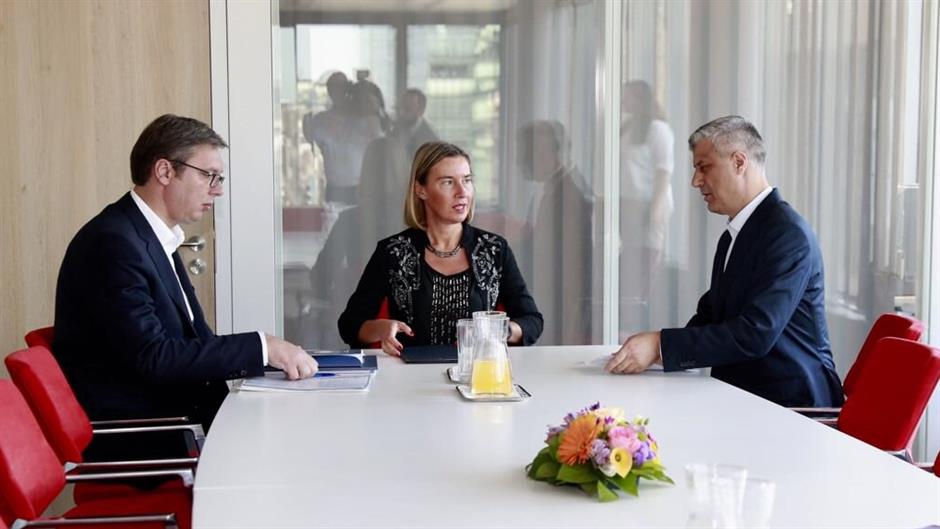 BELGRADE / PRISTINA – Kosovo should suspend the tariffs on Serbian goods, while Serbia should stop with the campaign for withdrawal of the recognition of Kosovo, so that the dialogue between the two sides can be renewed, reads the joint statement released by the French, German, Italian, British and American Embassies in Belgrade and Pristina.

“We call on Kosovo and Serbia to restart the EU-led Dialogue with urgency and ask that both parties avoid actions that will hinder a final agreement, which is necessary for both countries to achieve greater Euro-Atlantic integration and its accompanying benefits”, the statement reads.

According to the statement, governments of all five countries want to see a full normalisation of relations between Kosovo and Serbia, via a comprehensive, politically sustainable, and legally binding agreement that contributes to regional stability.

“The status quo prevents progress on Kosovo’s and Serbia’s path towards the European Union (EU) and is simply not sustainable”, five Embassies point out.

After years of stagnation, the statement emphasises, the time has come to finally end the conflicts of the 1990s and provide a secure and prosperous future for the people of Kosovo and Serbia by negotiating in good faith an agreement that both sides can support.

Earlier this year, US Embassies in Serbia and Kosovo released a similar message. They are now joined by EU member states, at the time in which the EU-mediated dialogue has not seen any progress for almost a year.

Stano: There are no deadlines, but also no delays in the Belgrade-Pristina dialogue

Grenell meets with Vučić, urges for closer and swifter cooperation with Kosovo