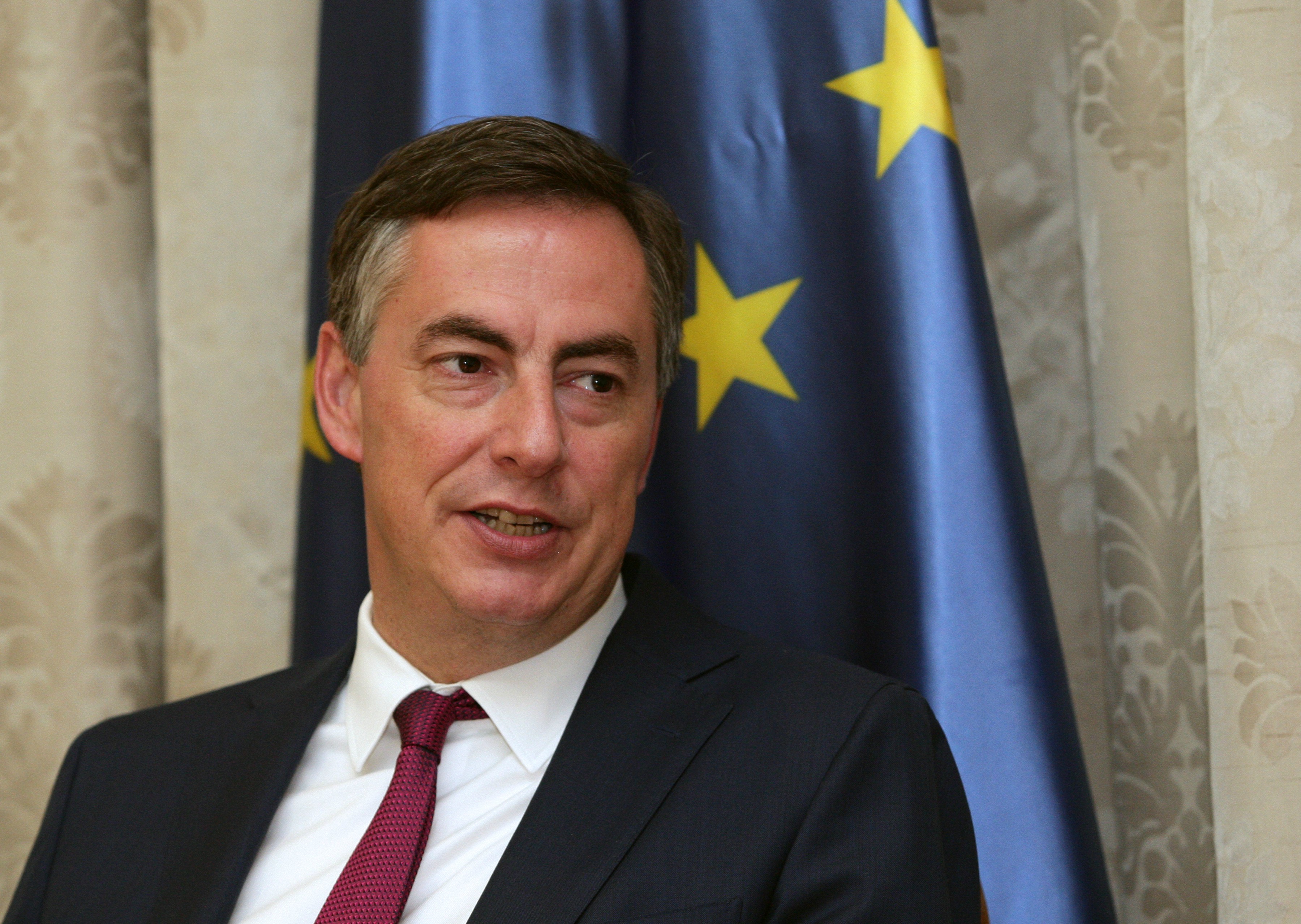 BELGRADE – Dialogue between the government and the opposition, freedom of media and Belgrade – Pristina dialogue were some of the topics that were in focus on Monday, when the Chairman of the Foreign Policy Committee of the European Parliament (AFET) David McAllister paid an official visit to Serbia.

In his first official visit since he was reappointed as the Chairman of AFET, McAllister met with President Aleksandar Vučić and Minister of European Integration Jadranka Joksimović, as well as Members of Parliament and journalists.

His visit came a day after the leader of the opposition “Free Citizens Movement” (PSG) Sergej Trifunović, wrote an open letter to McAllister, asking him to consider facilitating a cross-party dialogue so that the 2020 parliamentary election can take place without opposition’s boycott.

The outgoing Rapporteur for Serbia McAllister explained that the European Parliament is ready to actively support the dialogue between the government and the opposition to improve working conditions in Parliament.

McAllister pointed out that Parliament is a place for democratic debate in which different voices are heard, but also a place for passing laws that lead the country to the EU, and that there are several recommendations on how to improve the electoral system.

According to him, the European Parliament thoroughly follows the roundtables of the government and the opposition, as well as the government’s talks with OSCE representatives.

“The European Union and the European Parliament are ready to support Serbia whenever it is possible and also when it comes to these three main topics – the continuation of reforms, the functioning of parliament and the preparation of elections,” McAllister said.

After meeting with Joksimović, McAllister also met with Serbian President, Aleksandar Vučić. McAllister praised the progress in parliaments functioning after accepting the remarks of EC and pointed out that it is necessary to work on a electoral law’s reform.

On this occasion, President Vučić said that Serbia is ready to adopt proposals for improving the electoral process.

“When it comes to Parliament’s work, in some respects there was room for progress and therefore the recommendations were adopted. The Media Strategy draft was made in a very transparent and inclusive manner, and it was sent to Brussels. This document will secure conditions for the continuation of the reform process in the media and the promotion of freedom of expression,” President Vučić added.

However, when it comes to the Media Strategy, at the time when an agreement, following multiple arguments and disagreements, seemed to have finally been reached, the Government, without consent of professional associations, sent a changed Draft, from which all clauses guaranteeing the independence of the media and regulating their financing had been erased, to Brussels.

After the meeting with the President of Serbia, McAllister also met with members of the National Assembly to discuss dialogue between the government and the opposition.

“One country, one parliament, one nation with many different views. The truth is always somewhere in the middle and depends on the definition. It is up to the citizens of Serbia and politics to decide which path the country wants to take. You will soon have elections and citizens will be able to decide,” he said.

He also said that two of his former colleagues, Eduard Kukan and Knut Fleckenstein, are coming to visit Serbia to hear all about the current situation.

“They are experts when it comes to Serbia and the region. They will meet with representatives of all parties, and the aim of the visit is to listen what everyone has to say and see if there is a desire by all parties to accept the assistance of the European Parliament and the EU,” McAllister explained.

The last meeting of the day was with Serbian journalists who were mainly interested in the EU facilitated Belgrade – Pristina dialogue.

McAllister pointed out that dialogue is crucial, and that a legally binding agreement on full normalization of relations is expected at the end of the process, which, he says, would bring many benefits to citizens on both sides.

“The EU will work to move towards a comprehensive agreement, paving the way for further investments and development,” McAllister said, adding that the big question is when the dialogue will resume.

He also said that the EU, as well as the countries of Quinta, had repeatedly asked for the abolition of tariffs but there has been no reaction.