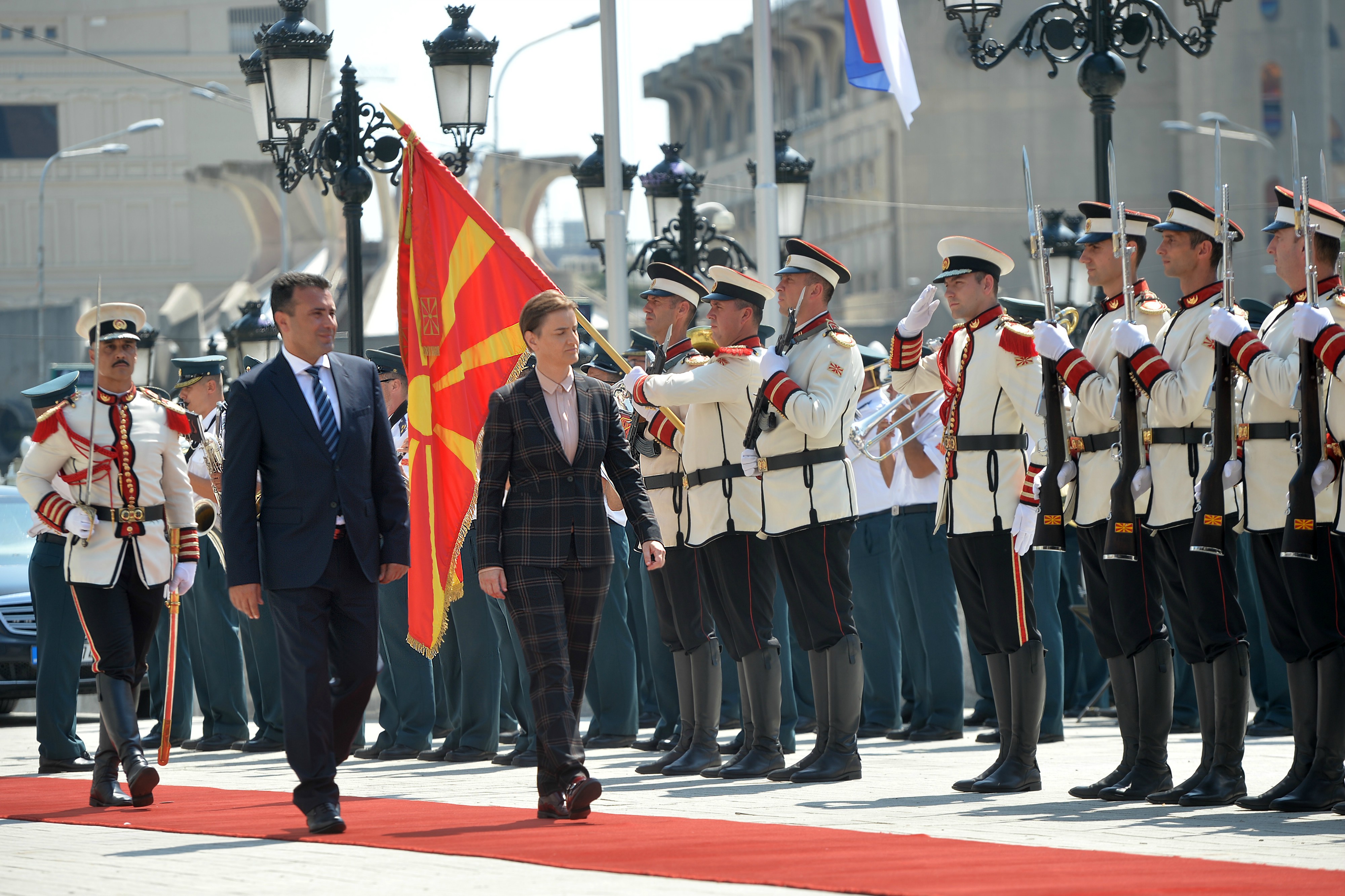 BELGRADE / SKOPJE – The opening of an integrated border crossing between Serbia and North Macedonia is a new beginning for economic cooperation in the Western Balkans, said Ana Brnabić, Prime Minister of Serbia, on Monday.

After opening the Preševo-Tabanovce crossing with Macedonian counterpart Zoran Zaev, Brnabić said it was the first such crossing in this part of Europe and that Serbia would do everything for crossings of this type to become a reality on as many borders as possible.

“To make this a new beginning, we need political courage and vision – we must look to the future, rather than focus on short-sighted, populist policies,” said Brnabić.

The Integrated Border Crossing is the result of the Agreement on Establishment of Joint Controls at the Preševo-Tabanovce International Border Crossing Point through which the traffic of passengers and all kinds of goods is carried out.

It was signed on July 12 and both PMs said that they are hoping it would improve the bilateral relation, shorten the procedure and queues, but also boost the trade, bringing annual savings of eight million euros.

Zaev said that Serbia had won a major victory recently, by opening Corridor 10 through Grdelica Gorge.

The integrated crossing means ‘two countries – one control,’ so that the custom and police officers from both countries will work from one post and passengers and traders will have only one stop, which will strengthen border control and contribute to boosting economic cooperation on the Western Balkan.

He reiterated that last year Tabanovce border crossing was used by around 200.000 transport vehicles, expecting 30% rise this year, meaning the traffic of around 260.000 trucks in total.

Establishment of integrated border crossing Presevo-Tabanovce between the two countries is expected to speed up the flow of people and goods, along with enhancing border security.

Furthermore, representatives of the governments of Serbia and North Macedonia signed several cooperation agreements in Skopje yesterday during the official visit of Serbian PM.

The Agreement on Mutual Recognition of the Authorization of Authorized Business Entities for Safety and Security was signed, as well as the Agreement on Phytosanitary Cooperation.

Brnabić said at a joint press conference with Prime Minister of North Macedonia Zoran Zaev that these agreements will ensure that the two countries’ trade in goods, as well as the exchange of electronic services, will be increased in a most concrete way.

She voiced her expectation that cooperation with North Macedonia in the field of digitization and the IT sector will represent the best opportunity to increase competitiveness, secure higher salaries and keep young people in the region.

“The agreements directly contribute to the quality of life and the better living standard of citizens of both countries,” Brnabić stressed, adding that the two governments will continue to work on improving cooperation in many areas.

According to her, Serbia, as a country on the road to the European Union, provides continuous and strong support to the European integrations of North Macedonia and will advocate the opening of EU accession talks with Skopje as soon as possible.

Zaev said that the visit of the Serbian government delegation led by Ana Brnabić is another contribution to fostering the tradition of good neighbourly relations.

“We have no open issues and we are working together to accelerate European integration of the entire region based on the results of each country individually, the Prime Minister of North Macedonia underlined.

The Serbian delegation, led by Brnabić, included Deputy Prime Minister and Minister of Trade, Tourism and Telecommunications Rasim Ljajić, Minister of Agriculture, Forestry and Water Management Branislav Nedimović and President of the Serbian Chamber of Commerce Marko Čadež, as well as Deputy Director of the Customs Administration Veselin Milošević.

Brnabić at conference in Spain tomorrow, meeting with Borrell