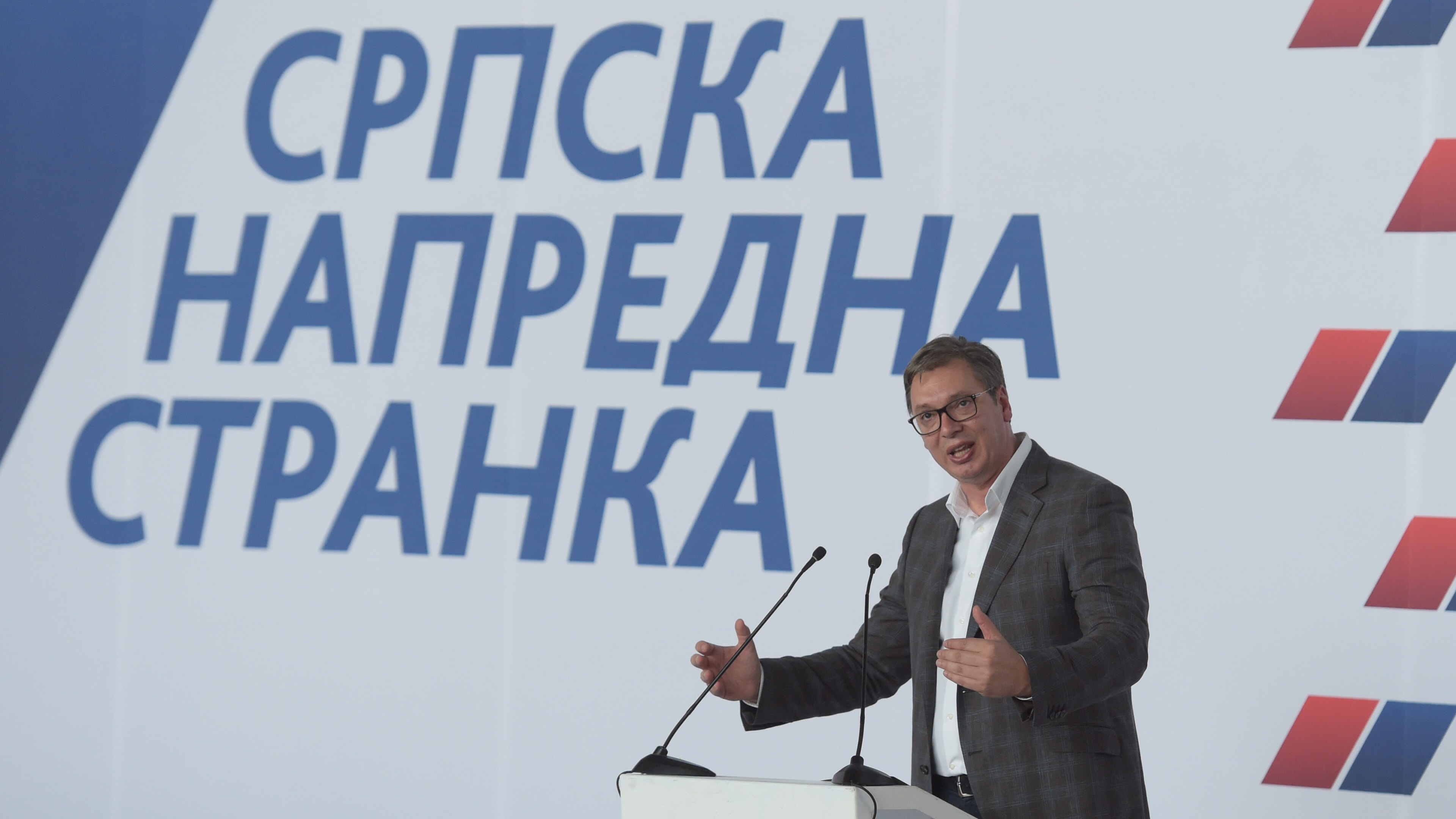 BELGRADE – During yesterday’s meeting of the ruling Serbian Progressive Party’s national committee, President of Serbia Aleksandar Vučić rejected proposals for a transitional government, stressing that “foreigners will not determine who will rule Serbia”. In the meantime, another member party of the opposition Alliance for Serbia has announced boycott of the 2020 parliamentary election.

While discussing preparations for the election with the party delegates, Vučić reflected on the proposals for a technical government brought up by several politicians, including leaders of right-wing Dveri Boško Obradović and liberal LDP Čedomir Jovanović.

The proposal has been compared to the political agreement in North Macedonia in 2015, which Vučić rejected as a possibility in Serbia.

“As long as I am alive, there will be no transitional governments, but only governments of the people, only the people will decide who will rule. Criminal scenarios in which criminals want to come to power without people’s vote will not happen for as long as I live”, stated Vučić, Tanjug reports.

According to him, no representative of any foreign country will determine who will be in power in Serbia.

“Foreigners are welcome, you are dear guests, but there is no possibility for you to topple Serbia, to bring someone who has no trust of the people to power”, emphasised Vučić.

Last week, former Members of the European Parliament Eduard Kukan and Knut Fleckenstein met with the ruling and opposition parties of Serbia, discussing the parliamentary and election deadlock. They were also the members of the European Parliament’s “Troika” which brokered the deal between former regime of Nikola Gruevski and opposition in North Macedonia.

Yet another opposition party announced boycott of 2020 election

Sunday was also marked by the announcement of a boycott by yet another opposition party, this time the Party of Freedom and Justice (SSP) of former Belgrade mayor Dragan Đilas.

“There are no conditions for (fair) elections in Serbia. President Aleksandar Vučić can state that “parties come to power with the support of people in elections” for hundred times in a row. We know that, but we demand that the citizens hear and see people who think differently, not only opposition politicians, but also workers, scientists, academics, doctors”, said Đilas, one of the founders of the Alliance for Serbia (SzS).

Other SzS members, People’s Party and Dveri, have already announced the boycott, while the Democratic Party is expected to reach a decision on the boycott in the following week. Other opposition parties, such as the Free Citizens Movement, have stated that it is too early to enter the boycott. The election is due to take place in March or April 2020.

According to Đilas, the decision on boycott is expected from every party that considers itself to be “a true opposition”.

Reacting to the decision, President Vučić stated that the announcements will make the negotiations with Pristina harder, because the “foreign factors will take advantage of it”.

He added that the government has already implemented the recommendations of the civil society organisations, which is a major demand of the opposition in order to participate in the election.