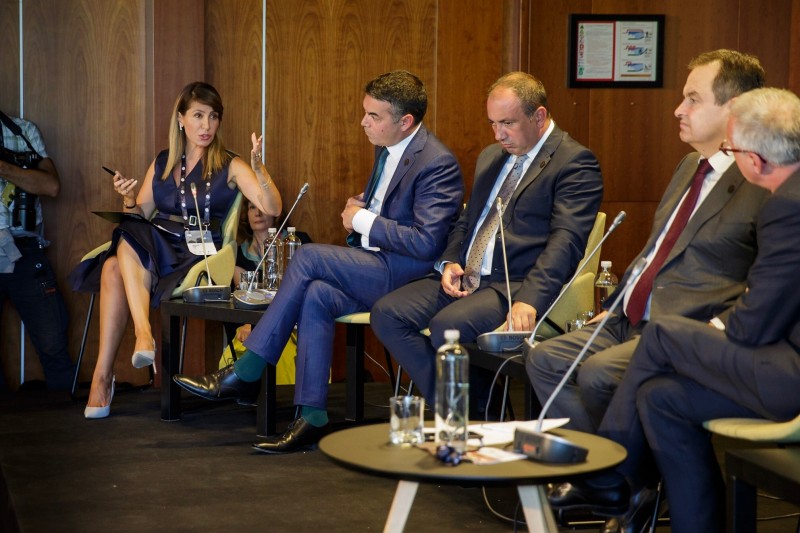 Bregu at the Panel at Bled; Photo: Regional Cooperation Council

BLED – „European Union will always be an unfinished business without the Western Balkans. The price for stagnation and postponing further the decision on the opening of accession negotiations with Albania and North Macedonia is, in short, a risk”, stated Majlinda Bregu Secretary General of the Regional Cooperation Council (RCC) during yesterday’s Panel dedicated to Western Balkans at Bled Strategic Forum.

According to Bregu, nobody has the luxury to lose time any more.

“One third of the region’s population has left in the last 5 years”,  she emphasised, adding that the keeping the narrative of membership perspective alive is no easy task.

Speaking about RCC’s work, Bregu stated that she was hoping that the governments in the region we would be more successful in implementing the Regional Economic Agenda.

“We succeeded in Digital area, with the Regional Roaming Agreement, which is a sign that when a political will is involved things could move forward”, she stated.

On the other hand, the challenges remain to the mobility and the agreement on mutual recognition of professional qualifications between economies in the region.

“Even if we had it approved, what is a sense if Kosovars are not able to travel to Bosnia and Herzegovina as they need a visa, and during the last year the number of denied visas exceeded the number of the issued ones”, stressed Bregu, concluding with the assessment that strong political will is important for further developing the regional cooperation.

Dimitrov: Start of accession talks would persuade young people not to emigrate

Insufficient support from politicians to the regional reconciliation