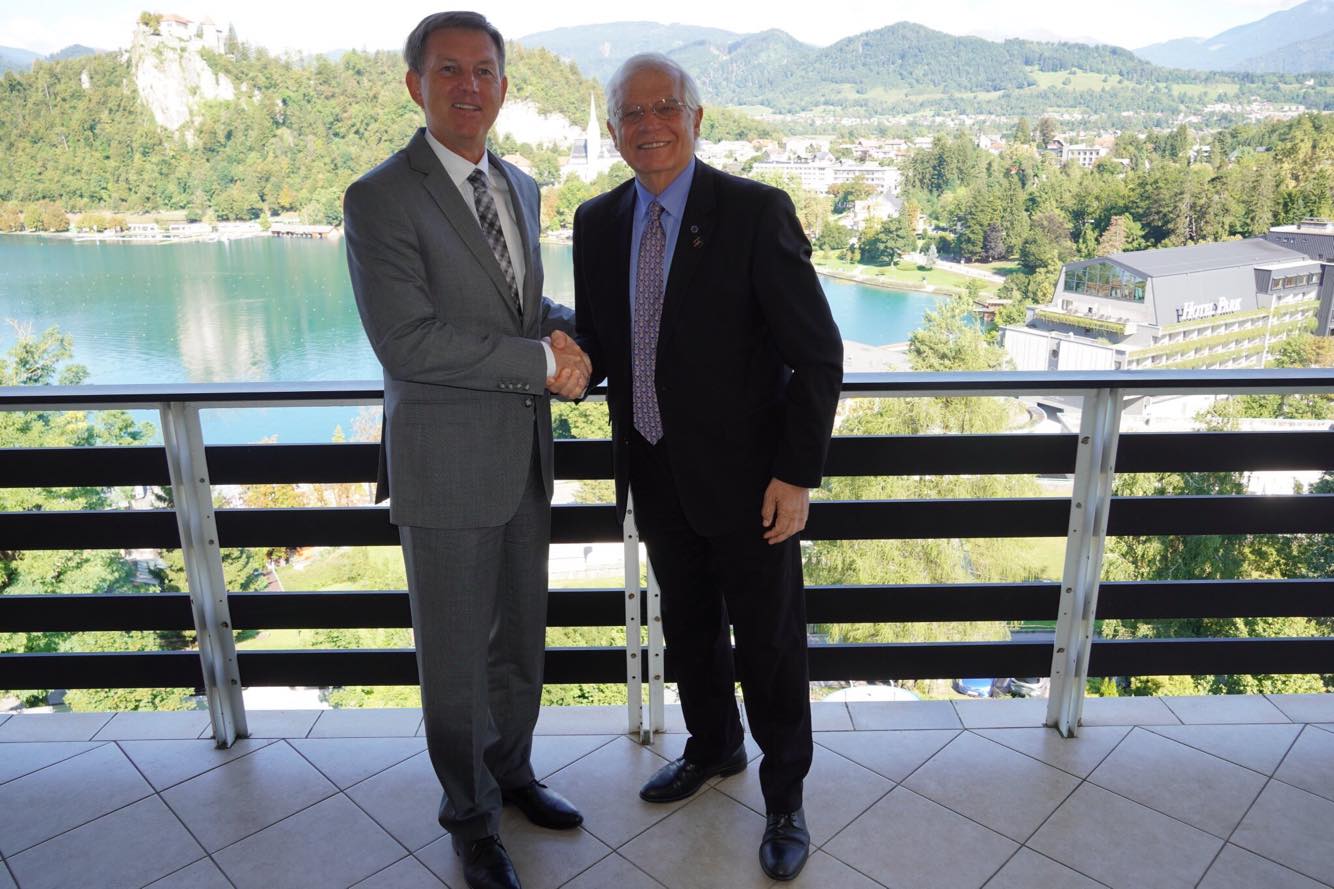 BLED – Foreign Minister of Slovenia Miro Cerar met his Spanish and Finnish counterparts, Josep Borrell and Pekka Haavisto, on the margins of the Bled Strategic Forum (BSF) in Bled on Tuesday, one of the topics being opening of negotiations with North Macedonia and Albania.

Slovenia might get the Enlargement portfolio Enlargement in the Commission of Ursula von der Leyen.

The Slovenian and Spanish foreign ministers talked about migrations, control over the EU’s external borders, EU enlargement to the Western Balkans and the situation in this south-eastern region, with a special emphasis on wider foreign affairs and security issues, according to the Foreign Ministry.

Cerar and Borrell, who is tipped to be the next EU high representative for foreign affairs and security policy, called for a strong union which would perform on the basis of solidarity between member states and the rule of law, and which would be competitive globally.

The pair also highlighted the significance of the EU outlook for Western Balkan countries and the continuation of reform processes in the region.

The Slovenian foreign minister and his Finnish counterpart Haavisto, whose country currently presides over the EU, focused on bilateral relations, the Western Balkans, migrations and the Arctic.

When discussing the Western Balkans situation, Cerar advocated an agreement on the start of EU accession talks with North Macedonia and Albania in October.

Regarding migrations, he reiterated that Slovenia was supporting EU solutions and striving for the Schengen area to become again an area without control on internal borders and remain such in the future.

Picula: Montenegro should move to the phase of closing the negotiating chapters as soon as possible