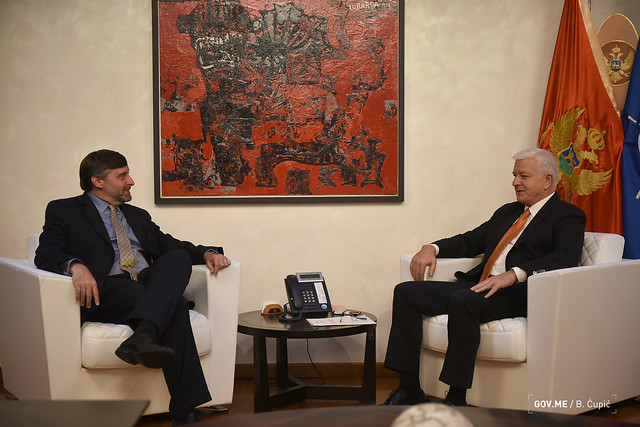 PODGORICA – Special Representative of the United States for the Western Balkans Matthew Palmer payed his first official visit to the region in his new capacity, meeting with President Milo Đukanović and Prime Minister Duško Marković of Montenegro.

“Montenegro is a leader and the most successful multi ethnic-country in the region and it is no coincidence that I visit it first after taking over this position”, stated Palmer, Vijesti reports.

According to, Palmer, who is also a Deputy Assistant Secretary of State, by this appointment the United States shows that it is again focused on the region.

Prime Minister Marković congratulated Palmer, expressing his opinion that the appointment could make the achievement of the region’s strategic goals faster and contribute to the regional stability.

“We are particularly glad that this position is occupied by someone as well familiar with the Balkans as you”, stated Marković.

Both men agreed that the Euro-Atlantic integration is in the interest of the Western Balkans and in Europe in general.

EU-WB Media days in Podgorica: Discussion with policy makers on the agenda