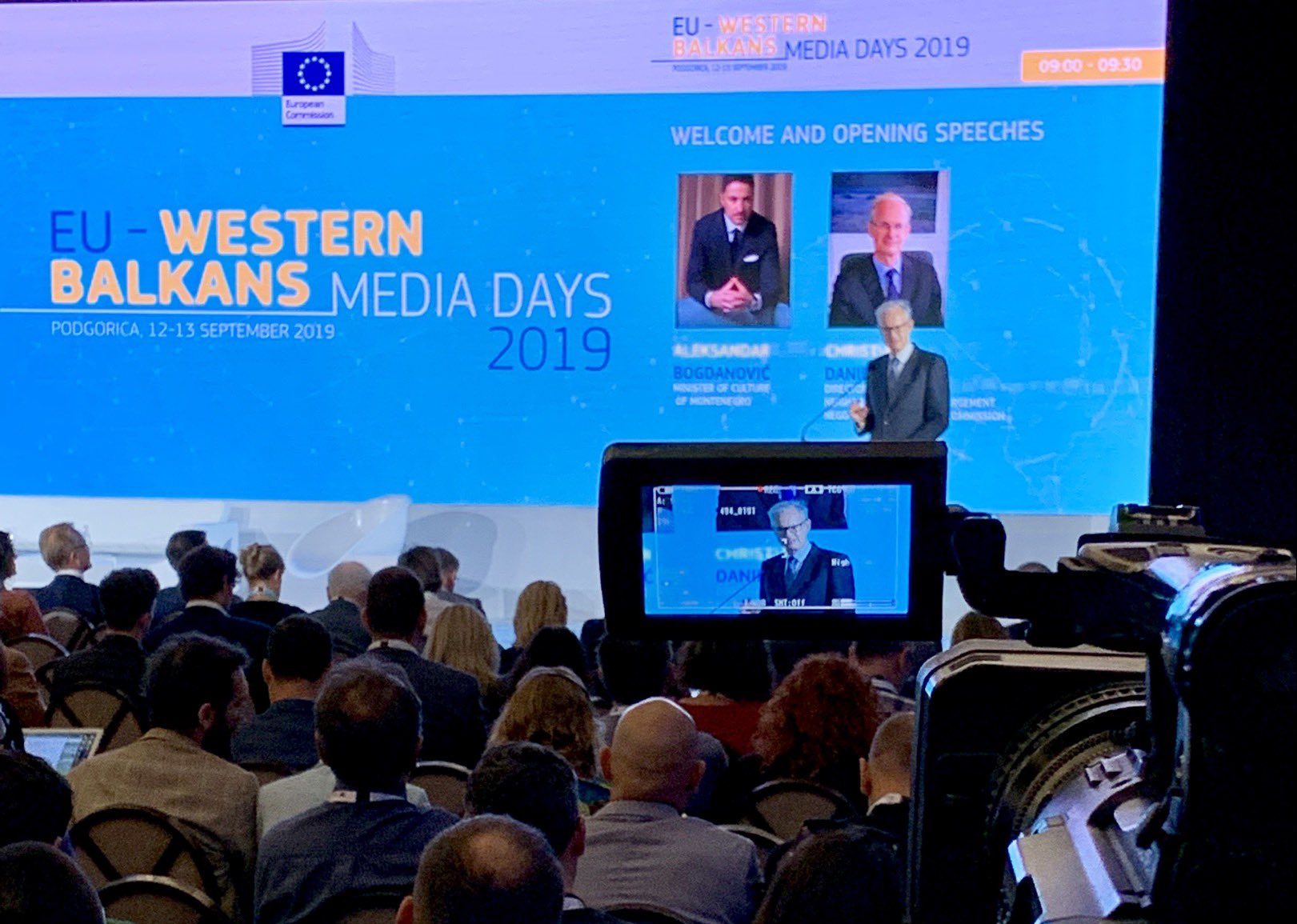 PODGORICA – According to the European Commission Reports, situation of media in the Western Balkans is the field where corrective efforts and positive policy actions are most needed, stated the Director-General for European Neighbourhood Policy And Enlargement Negotiations Christian Danielsson in his opening speech at the third EU-Western Balkans Media Days in Podgorica.

“And this is why conferences like the Media Days are so important. We have to address this issue again and again, in public, with political authorities and be in regular contact with media professionals to find concrete ways for improvement”, said Danielsson, who represented Commissioner Johannes Hahn at the event.

In his speech, the Director-General highlighted three main reasons for the importance of media freedoms: fundamental right to speak one’s mind, holding government to account and security reasons, that is the fight against misinformation.

“For the three reasons I just mentioned, freedom of expression and media freedom, are not negotiable for countries who wish to join the European Union”, staid Danielsson.

He reminded that the worth of the ongoing EU’s regional and bilateral media assistance programmes in the Western Balkans is 20 million Euros.

“We are currently looking more in depth into the issue of economic sustainability of professional journalism in the Western Balkans, and count on the Media Days discussions to generate new ideas on how to address this issue”, he stressed.

Following Tirana and Skopje, Podgorica is the third host of the EU-Western Balkans Media Days since 2017.

Hahn: Journalist must be able to do their work without threats and attacks