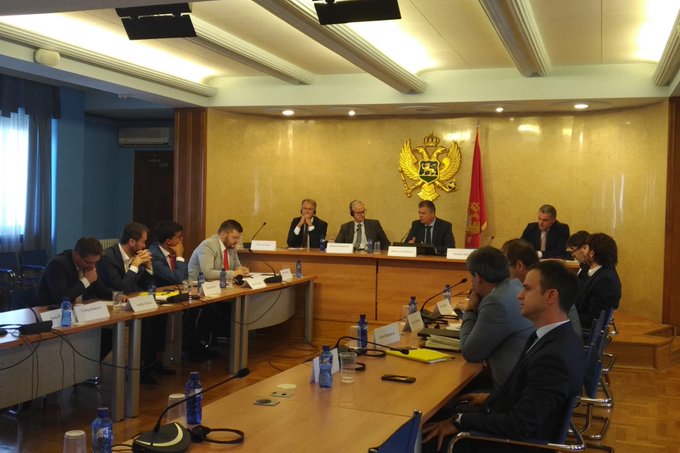 PODGORICA – EU Director-General for for European Neighbourhood Policy And Enlargement Negotiations Christian Danielsson met today with the members of the Temporary Parliamentary Committee for Reform of Electoral and Other Legislation in Montenegro.

“I underlined the importance of political dialogue and delivering on reform of electoral framework and media legislation”, Danielsson tweeted.

According to him, the discussion with ruling and opposition parties in the body tasked with implementing Recommendations of European Commission before the next parliamentary election was good and constructive.

Danielsson stressed that the new European Commission has a clear message on the credible enlargement strategy for the Western Balkans and that it will maintain the process.

Previously, Danielsson met with the Prime Minister of Montenegro Duško Marković who emphasised that the country will maintain its efforts and efficiency in aligning itself with the EU. Two men also discussed the new European Commission, concluding that the nomination of several persons from the Southeastern Europe for key positions shows that the EU is focused on the region as a whole.

Hahn: Journalist must be able to do their work without threats and attacks

Ruiz Calavera: No progress on media means no progress in EU accession process