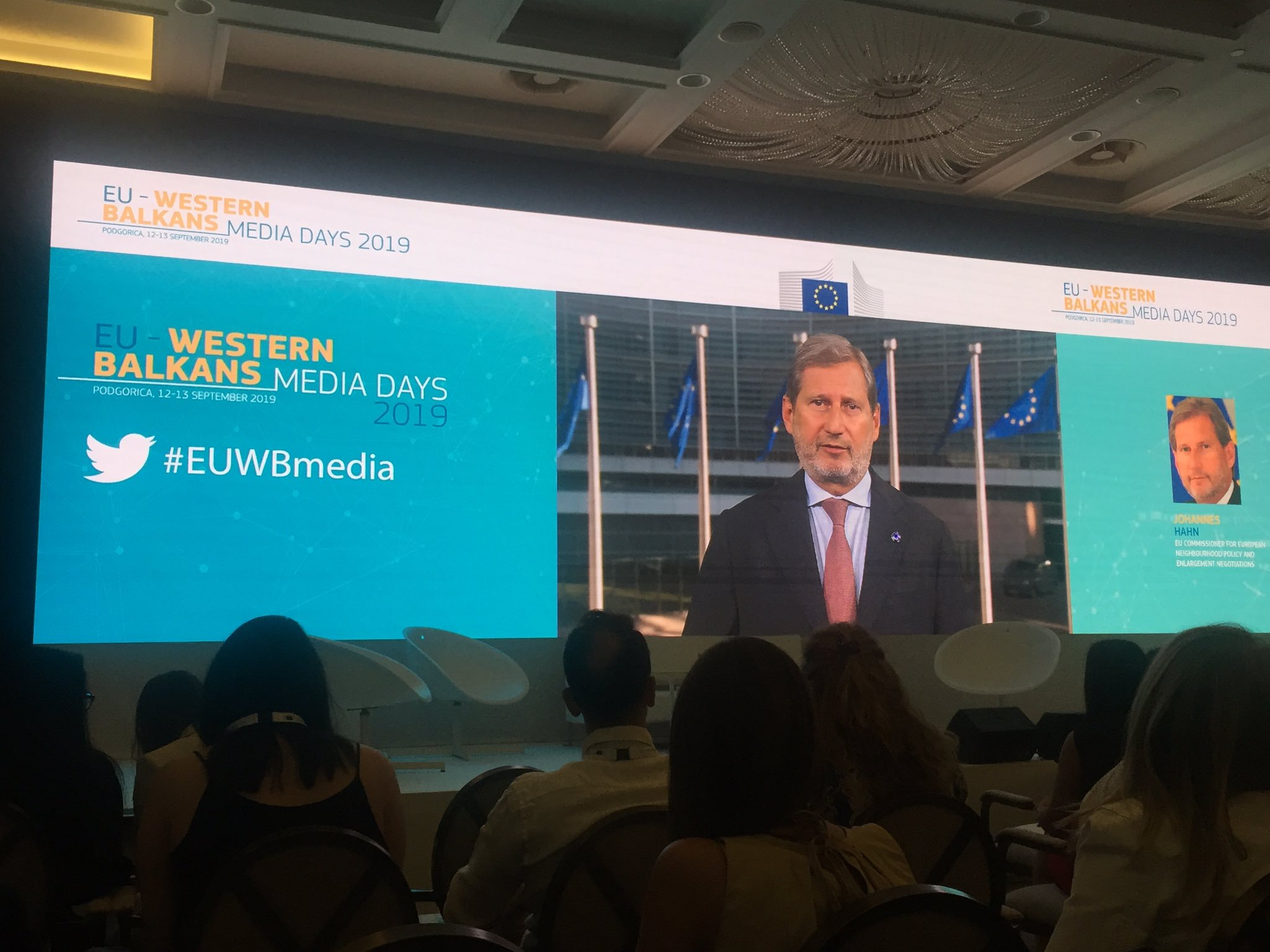 PODGORICA – In a video-message to the 350 participants of the third EU-Western Balkans Media Days in Montengro’s capital, European Commissioner Johannes Hahn stated that the freedom of expression is the key element of the Rule of Law.

“Our message is crystal clear: There can be no progress on the path towards the European Union without safeguarding media freedom and freedom of expression! This is the reason why we are starting and ending the accession process with the Rule of Law chapters 23 and 24”, stated Hahn.

He reminded that media freedom is a key element of the Rule of Law in the centre of EU’s Western Balkan Strategy.

Appologising for not being able to be in Podgorica personally due to the obligations arising from the formation of the new Commission, Hahn said that the Western Balkans Media Days is an event close to his heart and reminded that the third edition is the last one in his term as Enlargement Commissioner.

“But I promise that I will stay connected with your region, also under my new portfolio (EU budget)”, he stated.