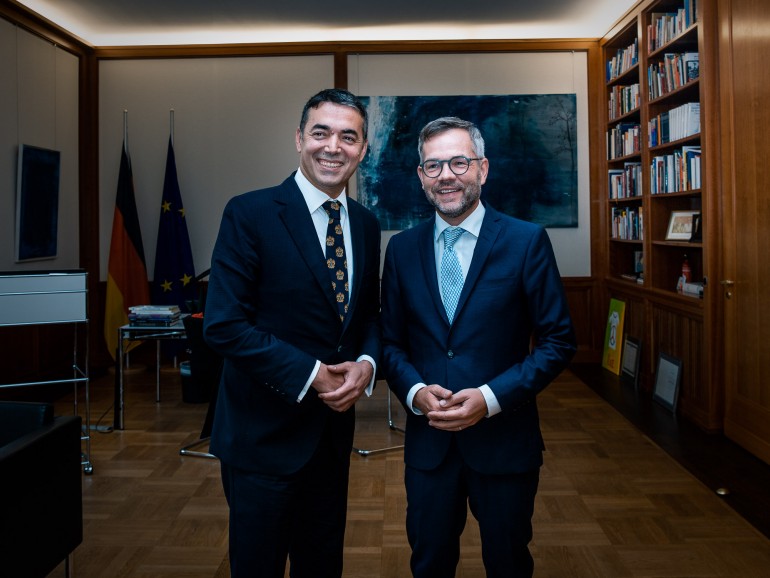 BERLIN / BELGRADE – According to CDU Member of Parliament Gunther Krichbaum, efforts of North Macedonia are seen very positively in German Bundestag, which will formally decide on whether to support its start of negotiations at the end of September.

“Hence, I am convinced, although I can only speak for the Bundestag, not for the parliaments in Europe, that there will be a positive solution for North Macedonia”, stated Krichbaum for Deutshe Welle.

This information was echoed today for our portal by Bodo Weber, Senior Associate of the Democratization Policy Council in Berlin, who said that the ruling coalition in Germany is moving towards the agreement on this issue.

Weber, whose organisation was the first one to announce that German parliament will be postponing the decision on North Macedonia and Albania in June, believes that some common ground on the former country will be found between Berlin and Paris as well, because bold moves made by the country’s government must get a positive feedback.

Similar position was expressed by Krichbaum in his interview for Deutsche Welle.

“For me it is not a question of separation – in the end, it does not mean that the two countries will not start negotiations at the same time. Remember that this is only the first step, and then the opening of the chapters follows. It can happen, but it doesn’t have to be so. It is therefore important to respect the principle of the EU’s own merit and to have each country evaluated on its own merits”, he said.

In the meantime, Germany’s Minister for European Affairs Michael Roth tweeted his support to North Macedonia after meeting with Nikola Dimitrov yesterday.

“North Macedonia deserves a clear message from the EU: Let’s start accession talks now! Thanks to Nikola Dimitrov for strong pro-European commitment and true friendship. You and your country can count on us, dear Nikola!”, wrote Roth.

Dimitrov also met with Foreign Minister Heiko Maas and members of German Parliament during the visit.

European Commission recommended opening of accession negotiations with both countries this year, but some EU member states, allegedly France and Netherlands, have been reluctant to take this step.

The voices that support the opening of negotiations with North Macedonia point at its normalisation of relations with Greece and better track-record recorded by European Commission and international organisations.