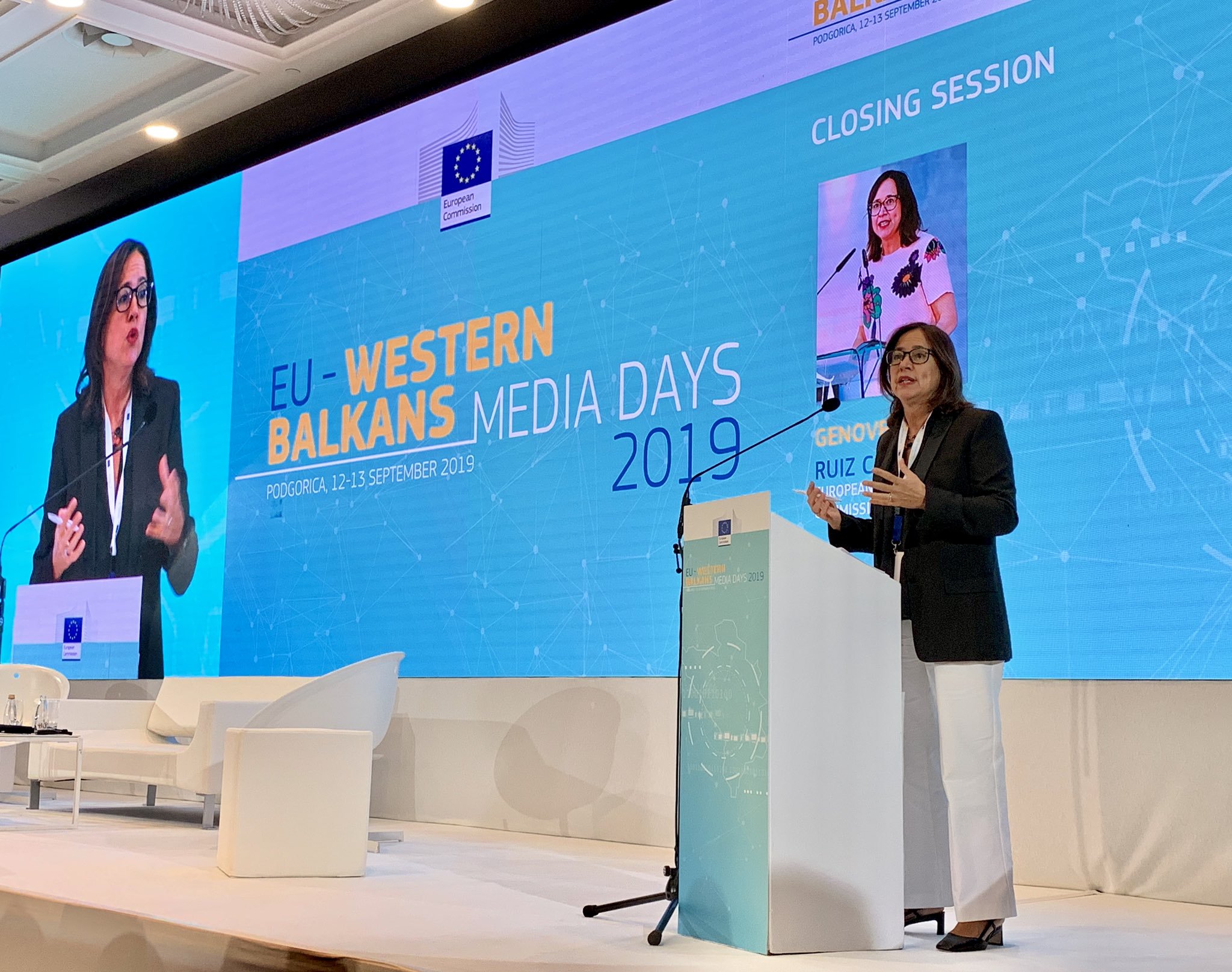 PODGORICA – “We heard a loud message of disappointment from the Western Balkans media community regarding the lack of sufficient progress on legal, political & economic conditions for exercising freedom of expression”, tweeted Genoveva Ruiz Calavera, Director for the Western Balkans at the Directorate General for the Neighbourhood Policy and Enlargement Negotiations after the wrap-up of EU-Western Balkans Media Days in Podgorica.

READ ALSO: Hahn: Journalist must be able to do their work without threats and attacks

Ruiz Calavera tweeted that it is time to enforce the Rule of Law in the media sector and to put an end to political interference and to lack of transparency. She added that the EU will keep urging the political actors and encouraging civil society to continue working on improvement in all sectors.

She thanked all the participants, particularly public officials who participated at the event for the first time.

Ongoing EU assistance to the media in the region to continue

In an announcement on the event, European Commission reminded that the ongoing support to the region amounts to over €20 million, including €11.5 million through 5 regional programmes and €8.2 million for initiatives in the six Western Balkan partners.

These programmes include Reinforcing Judicial Expertise on Freedom of Expression and the Media, Regional Training Programme to improve Quality and Professionalism of Journalism and Technical Assistance Programme to support Public Service Media in the Western Balkans.

The third edition of the EU-Western Balkans Media Days gathered some 350 representatives of media and civil society organisations as well as policymakers from the Western Balkans and the EU. For the first time, political representatives from the region also joined the discussions on the crucial role of media in the accession process, aimed at developing forward-looking proposals and actions to improve the situation of journalists and strengthen independent media.