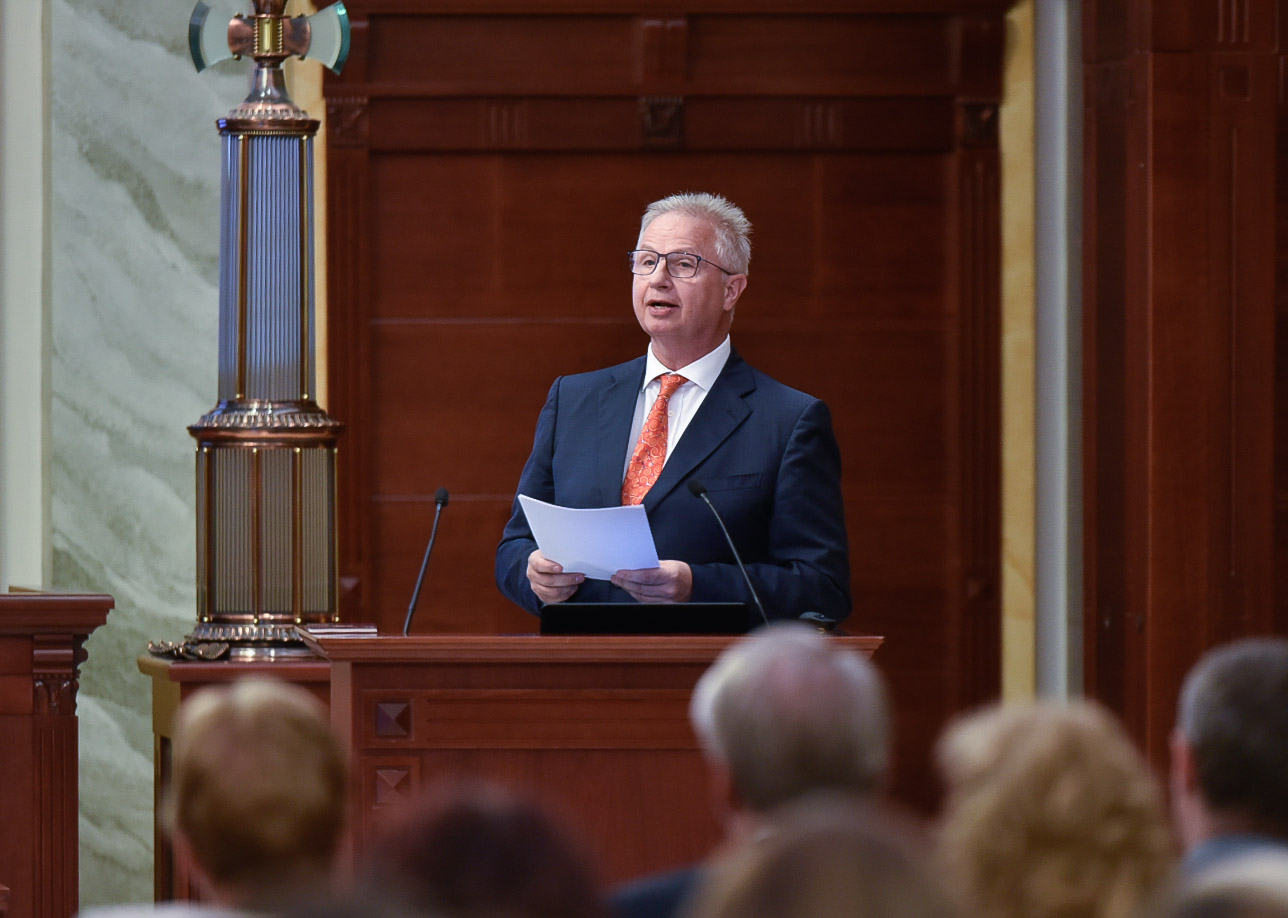 Even though the European Commissioners are not supposed to represent their national interest, it is impossible to separate the track record of former Justice Minister of Hungary László Trócsányi and the image his country has in the EU from his potential role as the Commissioner for Neighbourhood and Enlargement.

This is why his confirmation process in the European Parliament, which includes a hearing in front of the Foreign Affairs Committee (AFET), might be unsuccessful, thinks Srđan Majstorović, President of the Board of the European Policy Centre in Belgrade and BiEPAG member.

“The controversy surrounding Hungarian candidate for the position of Commissioner in charge of EU Enlargement will certainly be the subject of very close and meticulous scrutiny in the Parliament”, says Majtorović.

In case he fails to gain support in the Parliamentary Committee, President-elect of the Commission Ursula von der Leyen will be forced to ask Hungarian Prime Minister Viktor Orbán to come up with a new candidate.

“This is very realistic scenario and it would be beneficial for the credibility of the EU and enlargement process”, stresses Majstorović.

Some MEPs, including the members of Hungary’s opposition, have already announced that they will aim to stop Trócsányi’s nomination.

Senior Policy Analyst at the Open Society European Policy Institute in Brussels and another BiEPAG member Srđan Cvijić also believes that the confirmation process will not go smoothly.

“If you take a look at the mission letter President-elect of the European Commission sent to the candidate for Commissioner for Neighbourhood and Enlargement, you will see that she is inviting him to focus on the issues of the rule of law, fight against corruption and the role of independent media and civil society, which are, point by point, areas that prompted the European Parliament to trigger the Article 7 Procedure against Orbán’s Hungary”, says Cvijić.

The Article 7 Procedure, which introduces sanctions to a member state that has breached the fundamental values listed in the Treaty of the European Union, was triggered last year against Hungary in the European Parliament. Since it requires a unanimous majority within the European Council, the process has stalled since then, but many of the accusations in the report have taken place during Trócsányi’s tenure as Justice Minister from 2014 to 2018.

“Given the fact that Mr Trócsányi has played an important role in the process of undermining the independent judiciary in Hungary, the expectations that he will not be supported by the European Parliament is justified”, thinks Cvijić.

He reminds that the European Parliament blocked the nomination of Italy’s nominee Rocco Buttiglione in 2004 due to his homophobic views, and that Italy was forced to suggest another nominee.

Even though the Parliament in the end votes for the Commission as a whole and not for individual members, the support a candidate receives in the relevant committee serves as a clear signal to the member states. This is why Slovenia also changed its nominee in 2014 when its candidate Alenka Bratušek was rejected with 112 out of 125 votes in the committees.

“A similar scenario should be expected with Hungary”, says Cvijić.

An inconvenient promoter of the just cause

If, however, Trócsányi gets the position after all, this would seriously undermine the credibility of the EU’s enlargement policy, thinks Srđan Majstorović.

“Nomination of person during whose watch the basic democratic principles were breached sends a controversial message. Such a candidate would struggle to confirm his credibility while trying to persuade enlargement skeptics in the EU member states about the benefits of EU Enlargement and its irreversible effects on democratization and respect of rule of law principles in the candidate countries”, he says.

This is why, according to him, Trócsányi is an “inconvenient promoter of the just cause”, and only political leaders in the region would welcome such a candidate and would be delighted to abuse the lack of authority of the Commissioner in order to justify their own style of “illiberal democratic” practice as legitimate policy.

True to Majstorović’s analysis, regional leaders were quick to express their satisfaction with the choice.

“Serbia welcomes his (Trócsányi’s) election, we believe that it is very important that somebody from the region, who has a balanced approach, who is a true friend of Serbia (is nominated for the position). We know Mr Trócsányi, he is an extraordinary, hard-working and committed man, and we believe that (his nomination) will mean a lot for the progress of Serbia”, stated President Aleksandar Vučić upon the release of the names of Commissioners designates.

Unlike his colleague from Belgrade, member of Presidency of Bosnia and Herzegovina Milorad Dodik stated that he does not know Trócsányi personally, but that a nominee from Hungary is good news.

“They have a better sensibility when it comes to the Balkans than some other countries, and this is why I can express my satisfaction”, stated Dodik last week.

Most of the Western Balkan countries are struggling exactly in the areas former Justice Minister was once, at least partially, in charge for – independence of judiciary, academic freedoms, freedom of expression, media freedoms and civil society initiatives. His tenure also saw the adoption of controversial laws that prompted Central European University to leave Budapest.

All of this means Trócsányi lacks credibility to promote fundamental elements of the EU enlargement policy, says Majstorović.

There still seems to be a potentially favourable scenario for the Western Balkan countries – rejection of Trócsányi and then nomination of somebody who has not participated, at least directly, in what Srđan Cvijić describes as a capture of Hungarian state.

“The problem is not in Hungary, the problem is in Orbán’s Hungary. Let me explain – the country has traditionally been in faovour of enlargement and the nomination of such candidate would be acceptable”, he explains.

Majstorović is of the same opinion, reminding that Hungary is a staunch supporter of EU enlargement and over the years has provided valuable technical assistance to candidate countries throughout the region.

However, is it realistic to believe the current Hungarian government will nominate an independent candidate, somebody not close to ruling political circles? Cvijić thinks not.

“Therefore, reshuffling of the portfolios during which the Enlargement would be assigned to another member state would be the best solution”, he concludes.

Majstorović additionally points out that the Commission as a whole needs a fresh input of enlargement energy.

“(As it now stands), business as usual approach seems realistic and credibility remains in short supplies on both sides. The October Council meeting and expected decision on start of accession talks with Northern Macedonia and Albania will give us a taste whether EU has strategically matured and ready to remain engaged in the Western Balkans”, he points out.

Hearings in the European Parliament begin on 30 September, and, regardless of the portfolio, Trócsányi was always going to be in the centre of attention. Now, attention of the Western Balkans turns to him as well, and the only certain outcome is that some will be dismayed and others delighted.