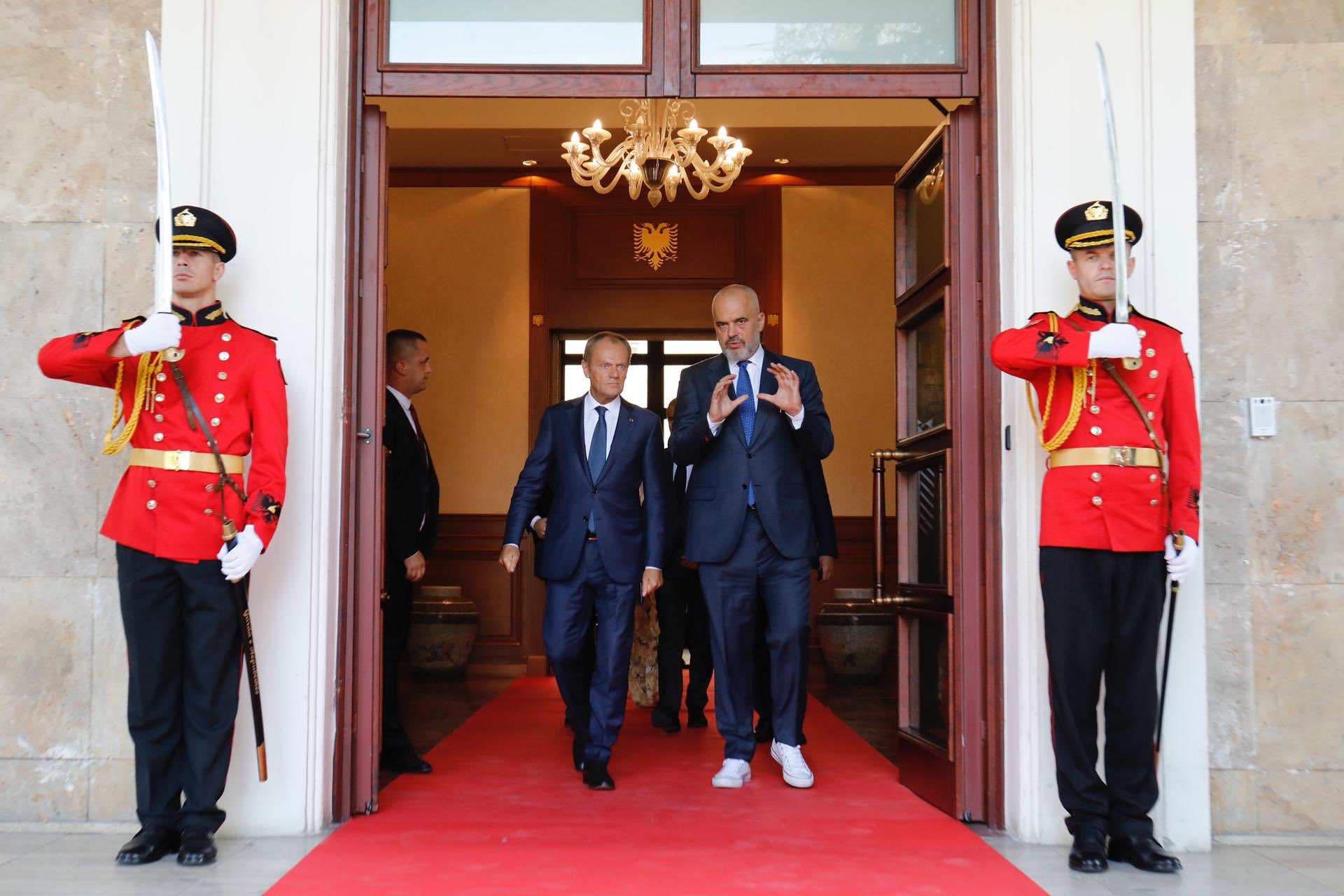 TIRANA – Prime Minister Edi Rama and European Council President Donald Tusk held a joint press conference at the conclusion of their meeting in the capital of Albania, RTI reports.

Tusk called for the European Union to open negotiations with Albania and North Macedonia. He stated that Albania’s integration is in the interest of all member states.

“Without the integration of Albania and the Balkan countries there is no security. That means no one is doing anyone any favors“, Tusk said.

The European Council President said he wanted all countries in the region to pursue the European dream.

“Today, thanks to your efforts, we have approached this goal. No one should have any more doubts about it”, Tusk was quoted as saying.

According to Tanjug, during the discussion with Rama, Tusk emphasised that the importance EU assigns to the rule of law and reconciliation, both in the EU integration process of Albania and the Western Balkan countries.

“EU’s obsession with the rule of law, reconciliation and good neighbourly relations is the part of our DNA and will not disappear when you become members. Without it, European project would be on unstable footing”, said Tusk.

Earlier today, President of the European Council also visited North Macedonia which, together with Albania, is waiting for the decision on the opening of accession negotiations in October.

London Summit without the Declaration on RECOM