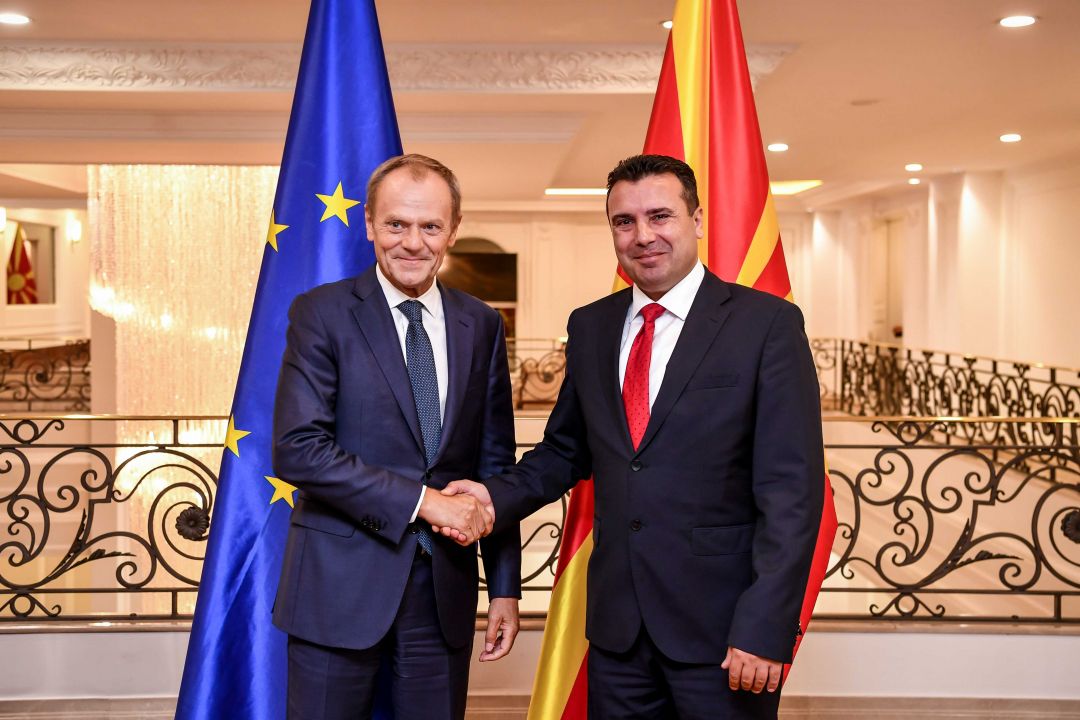 SKOPJE – President of the European Council Donald Tusk visited North Macedonia today, one month before the meeting of this institution, which will decide on the opening of accession negotiations with Skopje and Tirana.

Similar to June, when this decision was postponed, Tusk made his opinion on the issue clear.

“Skopje is the best possible place where I would like to appeal to the leaders of the European Union: Now you do your share. Because North Macedonia has already done its share”, he tweeted during the visit.

During the joint address with Prime Minister Zoran Zaev, Tusk also said that this is the reason he came to North Macedonia today.

“I wish to make it crystal clear: there is no doubt in Brussels about your political commitment to the rule of law and to fighting corruption”, he stated, adding that the country can always do more, but that it has so far shown determination and consistency.

Prime Minister Zaev expressed gratitude for Tusk’s personal commitment to providing guarantees for a real European perspective of the entire region, noting the country’s progress in achieving reform agenda, especially in the area of ​​rule of law.

Emphasising that there is only a few more weeks to come before the next European Council session, Prime Minister Zaev pointed to enhanced efforts of the Government to provide strong support from EU member states to complete past work and mark a mutual historic success with a decision to start of accession negotiations.

Prime Minister Zaev voiced expectations for the EU Council to adopt a decision on opening accession negotiations on October 15 and the European Council on October 17-18.

President of North Macedonia Stevo Pendarovski also met with the President of the European Council Donald Tusk, with the two exchanging opinions about the situation in the country and the region as well including the country’s aspirations for a membership in the EU.

President Pendarovski stressed that Macedonia has made tough decisions regarding many sensitive issues including the Prespa Agreement with Republic of Greece and the Good Neighborhood Agreement with Bulgaria, and has implemented essential and thorough reforms in many key areas which confirm the country’s dedication towards the EU-accession process.

EU is considering suspending support to the BiH judiciary

Dimitrov: Political reconciliation is necessary for our EU path