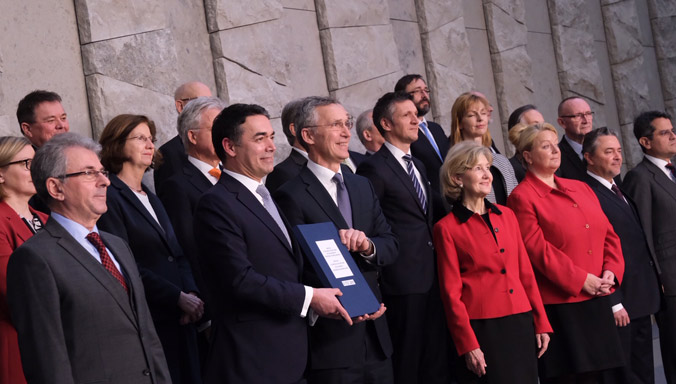 SKOPJE – Minister of Foreign Affairs of North Macedonia Nikola Dimitrov stated that his country’s process of becoming a fully-fledged NATO member should be over by April 2020 and that NATO can not intervene in the Protocol’s process.

“Neither NATO nor our country have any authority and possibilities to interfere in this procedure” said Dimitrov, META reports. Accession Protocol has so far been ratified by 22 out of 29 members.

According to Dimitrov, meeting of NATO leaders in London this December, in addition to marking the 70th anniversary of the Alliance, can also be used to promote the policy of open doors, which would be of great importance to North Macedonia.

“If one country fails with the ratification process and the process is accomplished next year, it has to be looked upon as a technical issue”, said Dimitrov.

Similar to Dimitrov, the previously announced December deadline was characterized by Defense Minister Radmila Šekerinska as symbolic and she described the fully-fledged membership as a technical issue and a matter of time.

According to META, she also doesn’t expect any obstacles in the protocol’s process on part of NATO’s member countries.