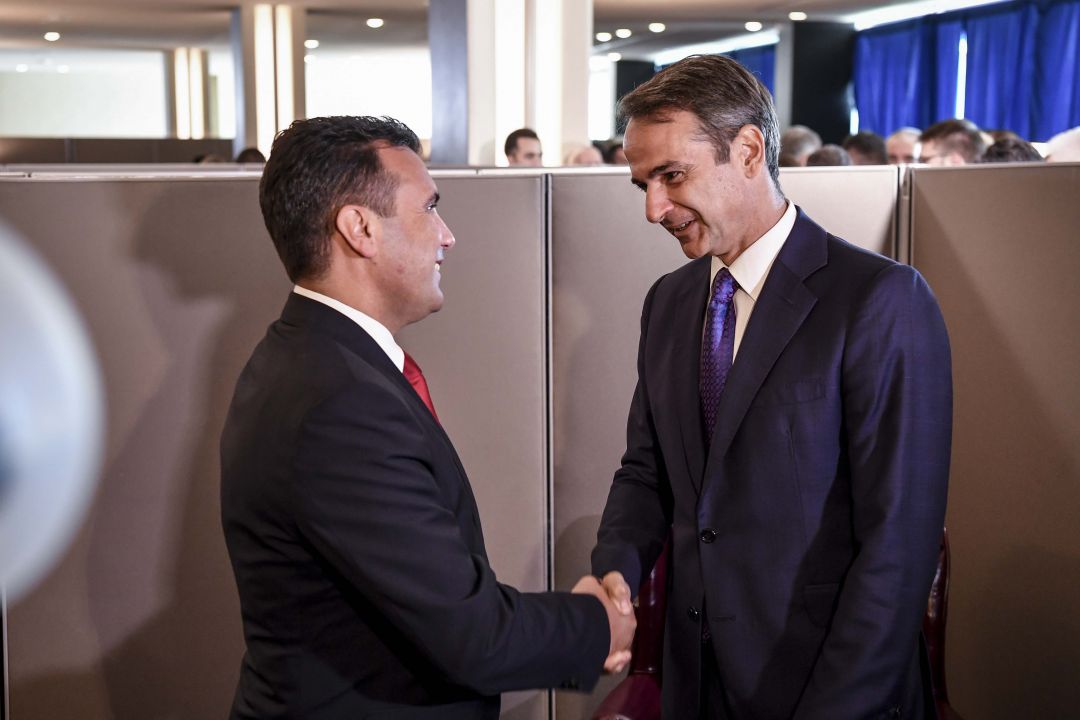 NEW YORK – North Macedonia is ready to fully implement the Action Plan for intensifying and enriching the cooperation between the Republic of Greece, stated Prime Minister Zoran Zaev during the meeting with his new Greek counterpart Kyriakos Mitsotakis at the sidelines of the UN General Assembly.

He stressed that the Agreement is a historic step for the building good neighborly relations, closer cooperation and constructive and positive relations between the two countries, Government of North Macedonia announced in a press release.

Zaev also briefed Mitsotakis on efforts to boost implementation of ongoing reforms in order to open space for the start of EU accession talks, with a positive decision expected in October this year.

The Greek Prime Minister expressed support for the opening of negotiations with the EU and emphasized that the consistent and timely implementation of the Prespa Agreement is crucial for enhancing relations and securing a European perspective for North Macedonia.

The meeting concluded that the promotion of economic cooperation, increase of trade exchange and direct investments are of mutual benefit for all citizens of both countries.