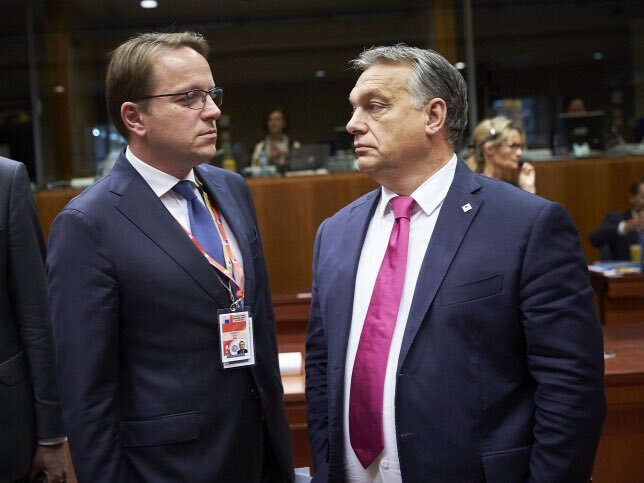 BRUSSELS/BUDAPEST – Following the rejection of Hungarian original nominee László Trócsányi by the European Parliament, Prime Minister Viktor Orbán has nominated Hungarian Permanent Representative to Brussels Olivér Várhelyi as the replacement. There have been no reports about the potential changes to the portfolios within the Commission.

Várhelyi, who has held the position of Permanent Representative since 2015, tweeted that it is a great honor and privilege to be nominated as Hungarian member of the Commission.

Previously serving as a Deputy Permanent Representative, Várhelyi has worked in Brussels at various positions since 2001, with a two-year break between 2006 and 2008, when he returned to the Hungarian Ministry of Justice, where he headed the European Union Law Department.

According to Politico, he is known as highly loyal to Orbán and as an assertive advocate for the Hungarian government’s political priorities in ambassadors’ meetings.

The newly-proposed candidate will have to be interviewed by the President-elect Ursula von der Leyen and will – like all other candidates – have to submit a declaration of interest to the Legal Affairs Committee (JURI) before they can go on to the hearings stage.

Abazović visits Brussels, discusses reform of the prosecution with the MEPs