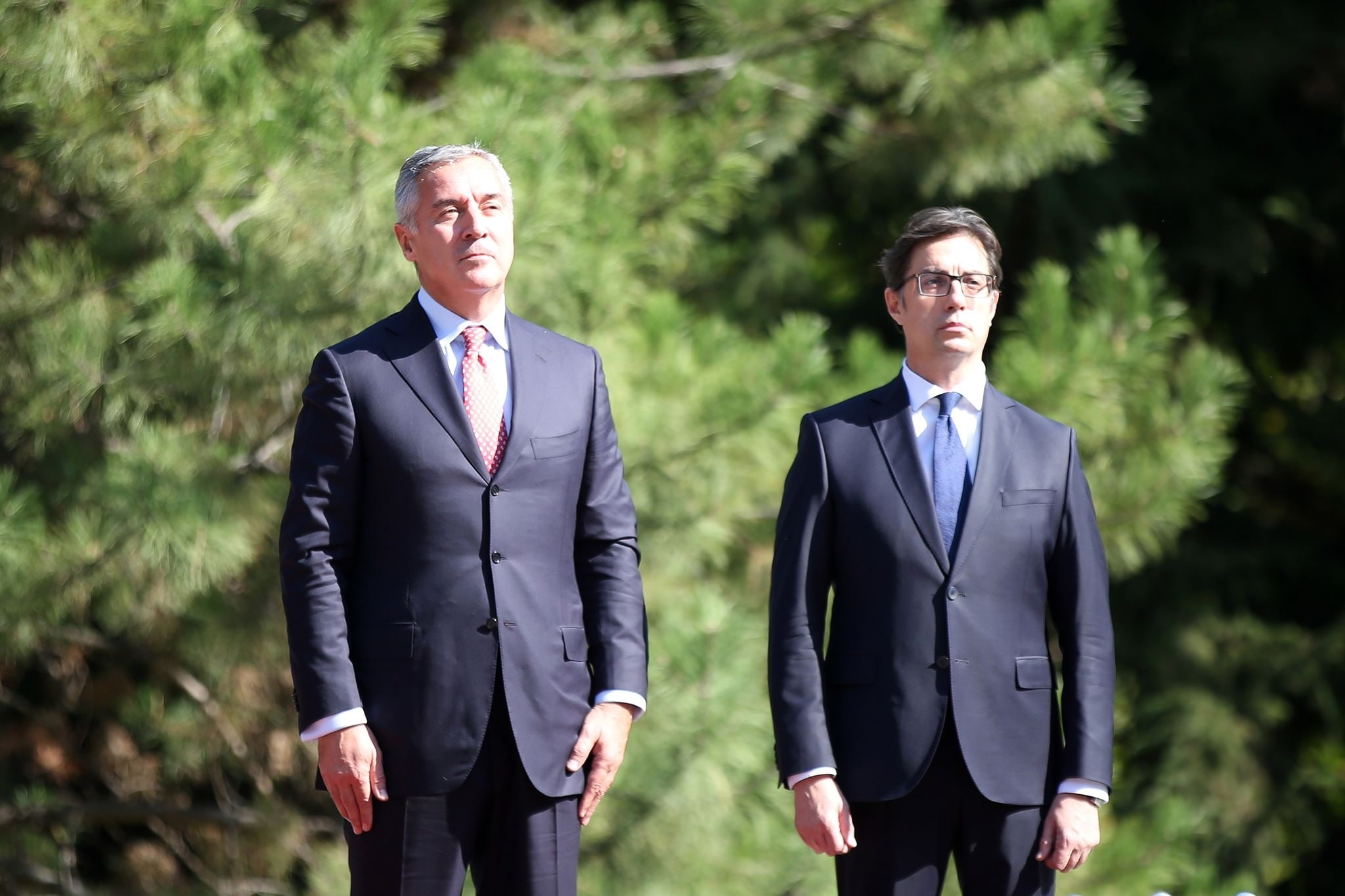 SKOPJE – North Macedonia has learned the lessons from its past and secured the place in the NATO alliance, Montenegrin President Milo Đukanović said in a joint news conference with his Macedonian counterpart Stevo Pendarovski on the occasion of his official visit to the country.

“We believe it is important to support North Macedonia on NATO path. We believe that this road is without an alternative. North Macedonia has lost its way on the path of integration for well-known reasons, but I think the lessons have been learned, and great progress has been made”, said Đukanović.

Pendarovski, meanwhile, said that the co-operation between the two countries will continue.

“I want to emphasize that Montenegro is among the first countries to support us. We agreed that there is no greater force than European integration processes. In this regard, North Macedonia also cooperates through the offered assistance, and the example of excellent relations is the defense cooperation”, President of North Macedonia empahsised.

Responding to a journalist question, he said US Secretary of State Mike Pompeo’s visit to the country means a return of the United States to the Balkans.

“The last visit to that level occurred 19 years ago by Colin Powell. This is not a courtesy visit. His visit is symbolic of a major US return to the Balkans. Key issues in our country were resolved with the support of the United States and cannot be resolved unless the US is involved in those processes”, said Pendarovski.

The visit of the Montenegrin President is also the first official visit of a foreign head of state to North Macedonia during the mandate of President Pendarovski.

Đukanović arrived for a two-day visit to the country this morning, and a plenary meeting is planned between the Macedonian and Montenegrin official delegations, as well as meetings with Parliament Speaker Talat Xhaferi and Prime Minister Zoran Zaev.

Haavisto: We support opening of negotiations with North Macedonia and Albania

Várhelyi repeatedly questioned by MEPs about his independence from Orbán