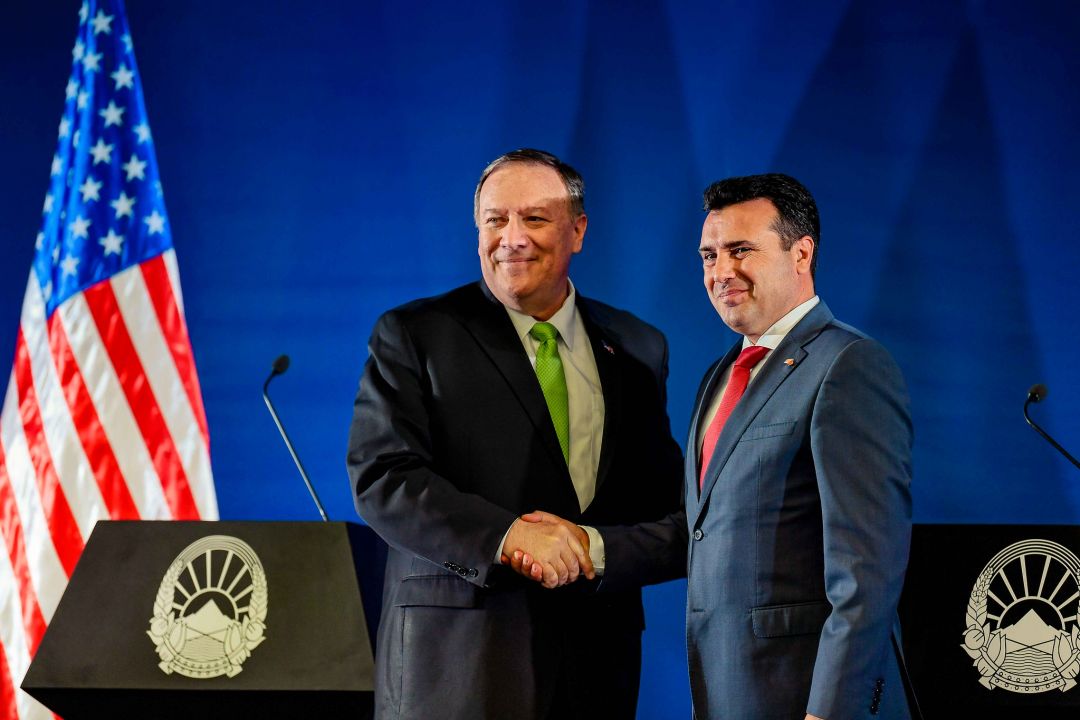 SKOPJE / PODGORICA – The USA will continue to be your partner for the benefit of your citizens, the region and the world, said the US Secretary of State Mike Pompeo during his visit to North Macedonia.

Pompeo was thankful for North Macedonia’s contributions to NATO’s missions and said that he is convinced that the US Senate will ratify the NATO accession protocol this autumn, META reports.

He welcomed the Prespa Agreement including the Good Neighborly Agreement with Bulgaria. At the same time, he stated that the fight against corruption is of key importance both for the NATO and EU memberships and for the citizens of North Macedonia.

Pompeo arrived at the Ohrid airport on Friday afternoon, where he was greeted by the Foreign Affairs Minister, Nikola Dimitrov, and from there the Secretary met with the President Stevo Pendarovski.

“USA is our strategic partner since our independence and its support was key in the defense reforms and the transformation of our army with the goal for meeting the criteria for a NATO membership. Through its development programs, USA has helped us in the processes of strengthening our institutions, the rule of law, the reforms in the judiciary, the strengthening of the civil sector as well as a support for a favorable business climate for a trading exchange between both countries”, said President Pendarovski.

Pompeo also met with the Prime Minister Zoran Zaev, who underlined that his visit is a strong signal for the continued support of the United States for North Macedonia, its Euro-Atlantic integration and a great opportunity to reaffirm that the two countries continue to work together to further deepen our relations and cooperation.

“Following the visit of Vice President [Mike] Pence, this is further evidence of the excellent relations between our two countries and a sign that the United States values ​​our alliance and constructive role in the region and beyond,” Prime Minister said in a joint press conference. Secretary Pompeo made the same assessment.

“On behalf of the American people, I can proudly say that the United States will continue to stand with the people of Montenegro as a friend, partner and ally,” the US Secretary of State told reporters.

US Secretary of State stressed that the United States will continue to support Montenegro on its path to the European Union, and that it is strategic for the US and EU to be present in the Western Balkans so as not to leave room for those who do not share common principles and values.