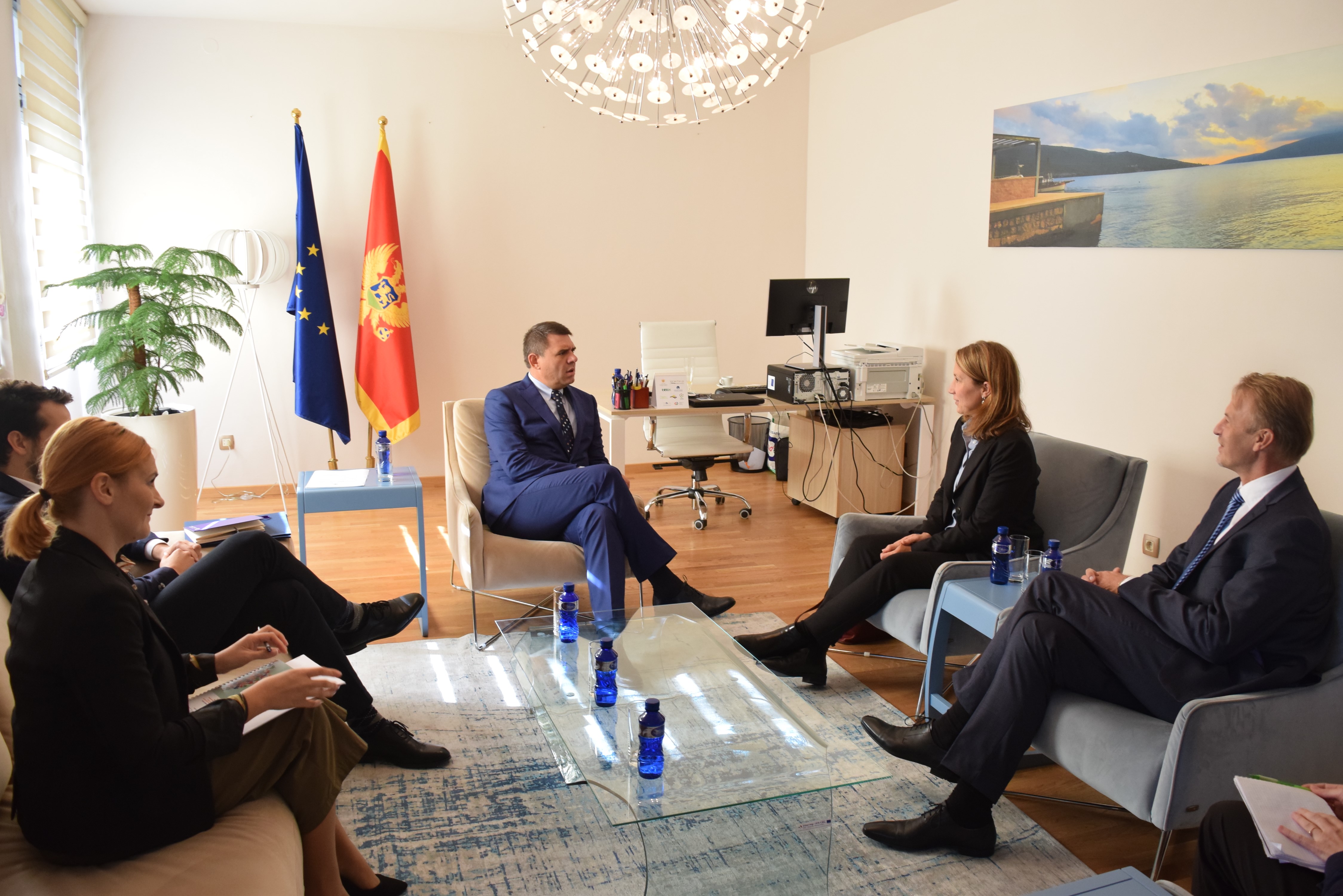 PODGORICA – European Union should demonstrate a stronger readiness to support the enlargement policy, as well as Montenegro on its way to membership, especially through closing the chapters for which the conditions have been met, stated the Chief Negotiator of Montenegro Aleksandar Drljević, during the meeting with the Head of Division ‘Western Balkans’ within the European External Action Service Elsa Fenet.

He stressed that the goal of the integration is primarily the better quality of life of the citizens of Montenegro, and only then the EU membership. He reminded that Montenegro has always been a frontrunner in the process of EU integration, which is why it is very important that the Union maintains the principle according to which the candidate countries would become members according to their own merits.

“We believe that the EU will show an even greater support to the process of the integration of Montenegro, primarily through the closing of chapters for which the conditions have been met, as well as recognizing the interest of a united Europe based on solidarity and keeping the enlargement policy high on the agenda. On the other hand, our focus remains on the implementation of the reforms in the area of the rule of law”, stated the Chief Negotiator during the meeting.

Fenet positively assessed the contribution of Montenegro to maintaining good regional cooperation, as well as the progress achieved in the process of EU integration thus far.

“EU members are interested to accelerate the enlargement process and make it more efficient, for which the progress in the area of the rule of law is a pre-condition, in accordance with the new approach to negotiations. The issues that are very important to every member state are, of course, cooperation with the civil society and the reform of the election legislation”, she said.

Drljević informed his interlocutor that the representatives of the civil sector are the members of the working group for the preparation and the conduct of the negotiations, which is how they contribute to the progress of Montenegro to the EU. He agreed that the dialogue is of key importance for reforms of election legislation, emphasising the important role of the parliament and the Committee on Comprehensive Reform of Election and Other Legislation.

EP gives green light to IPA III, with the possibility of suspension of assistance if the respect of ‘fundamental’ v… https://t.co/2x3mb7hnRM

Reply Retweet Favorite
Proposals for new models of EU accession for the Western Balkans were in the focus of the discussion organised by… https://t.co/xqwNAfCu7K