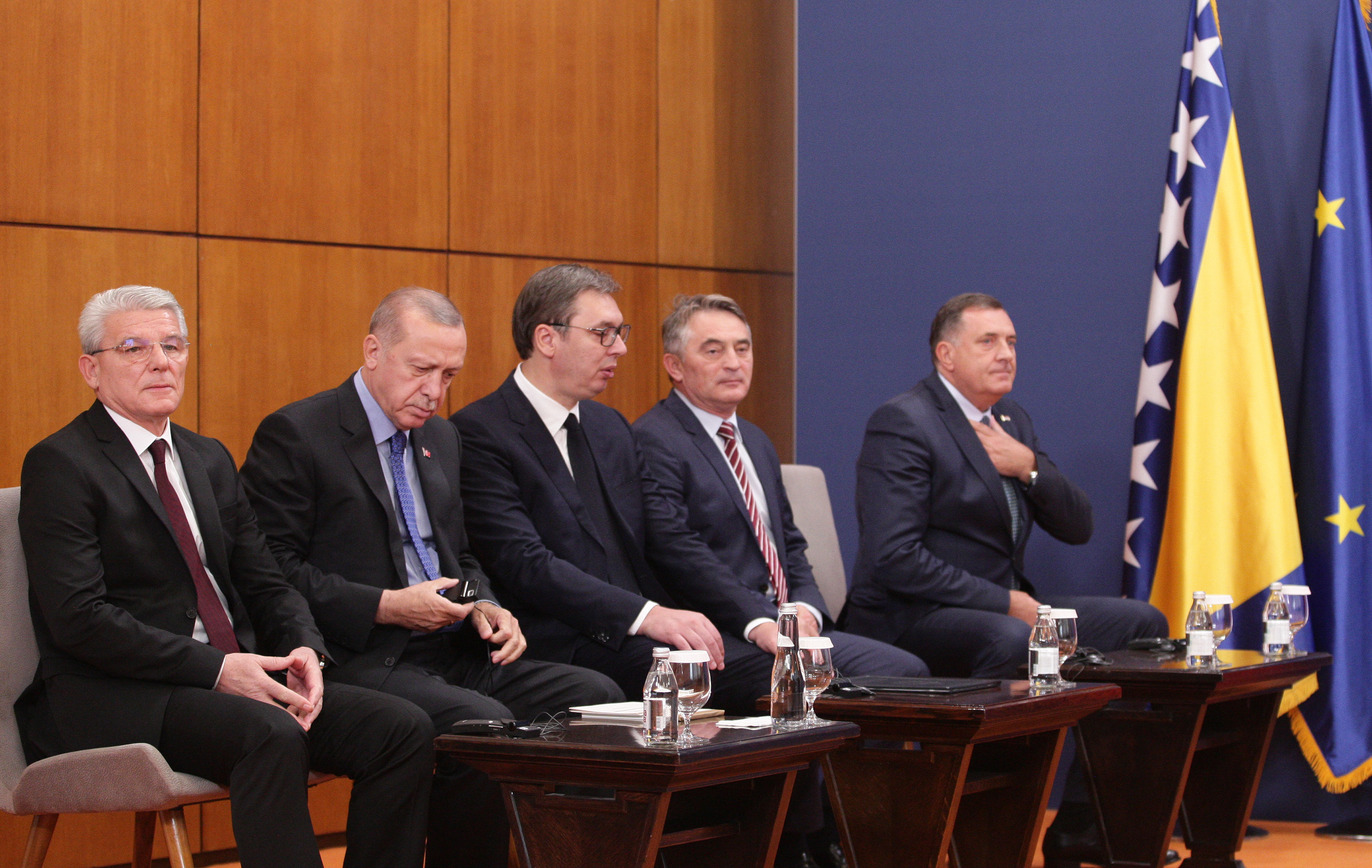 BELGRADE – Economic cooperation was the focus of the talks between BiH Presidency members Željko Komšić, Šefik Džaferović and Milorad Dodik with the President of Serbia Aleksandar Vučić today in Belgrade.

The meeting was also attended by the President of Turkey Recep Tayyip Erdoğan, who is in a two-day visit to Serbia. Turkey has acted as a mediator in trilateral meetings with Belgrade and Sarajevo in the past.

The Presidents only vaguely tackled political issues between Serbia and Bosnia and Herzegovina during their press statements, mostly focusing on infrastructure projects between the two countries and the Western Balkans and Turkey.

Member of BiH Presidency Šefik Džaferović stated that there are many unresolved bilateral issues between his country and Serbia, which should be resolved as soon as possible through an intensified bilateral dialogue.

President Vučić remarked that the Belgrade-Sarajevo highway, the construction of which has been launched, represents an opportunity to build communication relations between Serbia and BiH.

He thanked President Erdoğan for his “stabilising role in the Balkans”, which, according to him, is an important message for the years to come, Nezavisne report.

Erdoğan stressed that the problems related to the formation of the Council of Ministers of BiH a year after the general election must be resolved for the sake of future cooperation between Turkey and Bosnia and Herzegovina.

He announced that the trilateral meeting will be held in Turkey next May, preceded by a meeting in Bosnia.

Reljić: The EU needs to integrate Western Balkans to prove itself on world stage