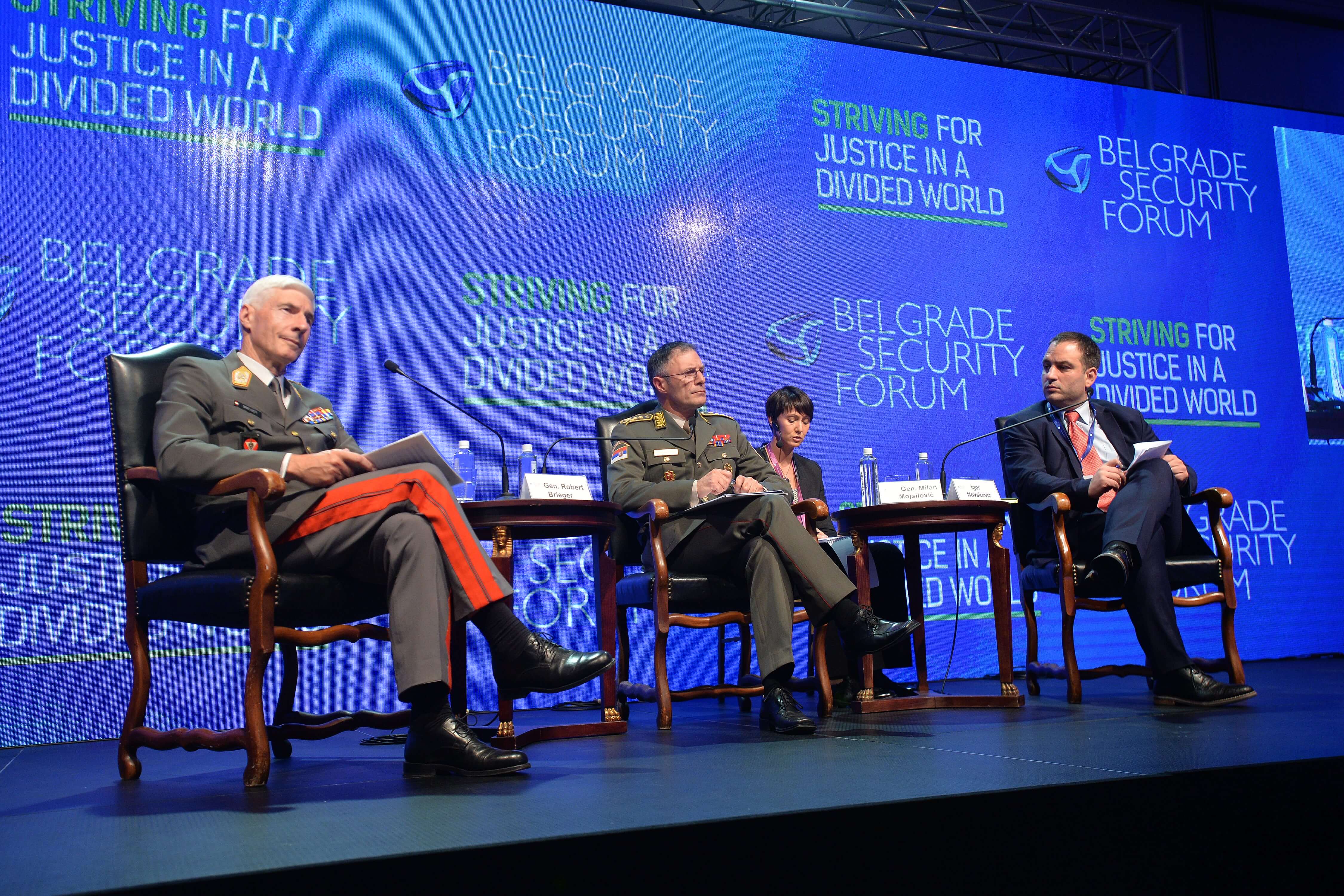 BELGRADE – Participating in the framework of European Union Common Foreign and Security Policy is not contradictory to Austria’s military neutrality as long as there is a possibility to opt-out and maintain national sovereignty, stated Robert Brieger, Chief of Defence Staff at the Austrian Ministry of Defence in Belgrade today.

Speaking in a special event of the ninth Belgrade Security Forum Brieger explained that this policy was the way for Austria to regain national sovereignty after the Second World War.

“From this standpoint, it was a successful model – though I would admit that more military resources will be necessary for defence of our neutrality”, Brieger said.

Policy of military neutrality, however, does not prevent Austria to be active in security matters, which is also evident from its intensive cooperation with the Western Balkan countries, General Brieger pointed out.

“Integration of the Western Balkans in the EU was once of the centres of gravity during our 2018 Presidency (of the Council of the EU). On the one hand, this strategy should enable the countries to become security providers under Common Foreign and Security Policy. Until then, Austria will remain the reliable provider of security missions”, he said.

One of the most important issues Austria is interested in is migration. Protecting the external borders is an important challenge and has to be implemented in partnership with the Western Balkans, Brieger emphasised.

Of the whole region, Serbia is the only country that has chosen the policy of military neutrality. Brieger’s colleague Milan Mojsilović, Chief of the General Staff of the Serbian Armed Forces, explained that this choice was based on historical circumstances, as well as political estimation that the foreign policy goals of the country can be best achieved by pursuing that policy.

An important factor in reaching the decision was the international reaction to Kosovo’s independence, Mojsilović reminded.

However, Serbia is also cooperating with various international actors on security matters, from United Nations to Partnership for Peace with NATO.

“I believe that military neutrality is not a threat for widespread cooperation with other stakeholders. Even though Serbia is neutral has strong partnership with other international organisations, OSCE, EU, UN, PfP”, General Mojsilović emphasised.

He added Serbia has an unique position because it cooperates with NATO and PfP without being NATO member.

“We are a part of EU military operations, because we believe that foreign policy goals can be achieved in this way”, Mojsilović explained.

He concluded with a reminder that there is a mechanism to pull out of the battle groups if this is a political decision, which is enabling Serbia to fully cooperate with these international actors.