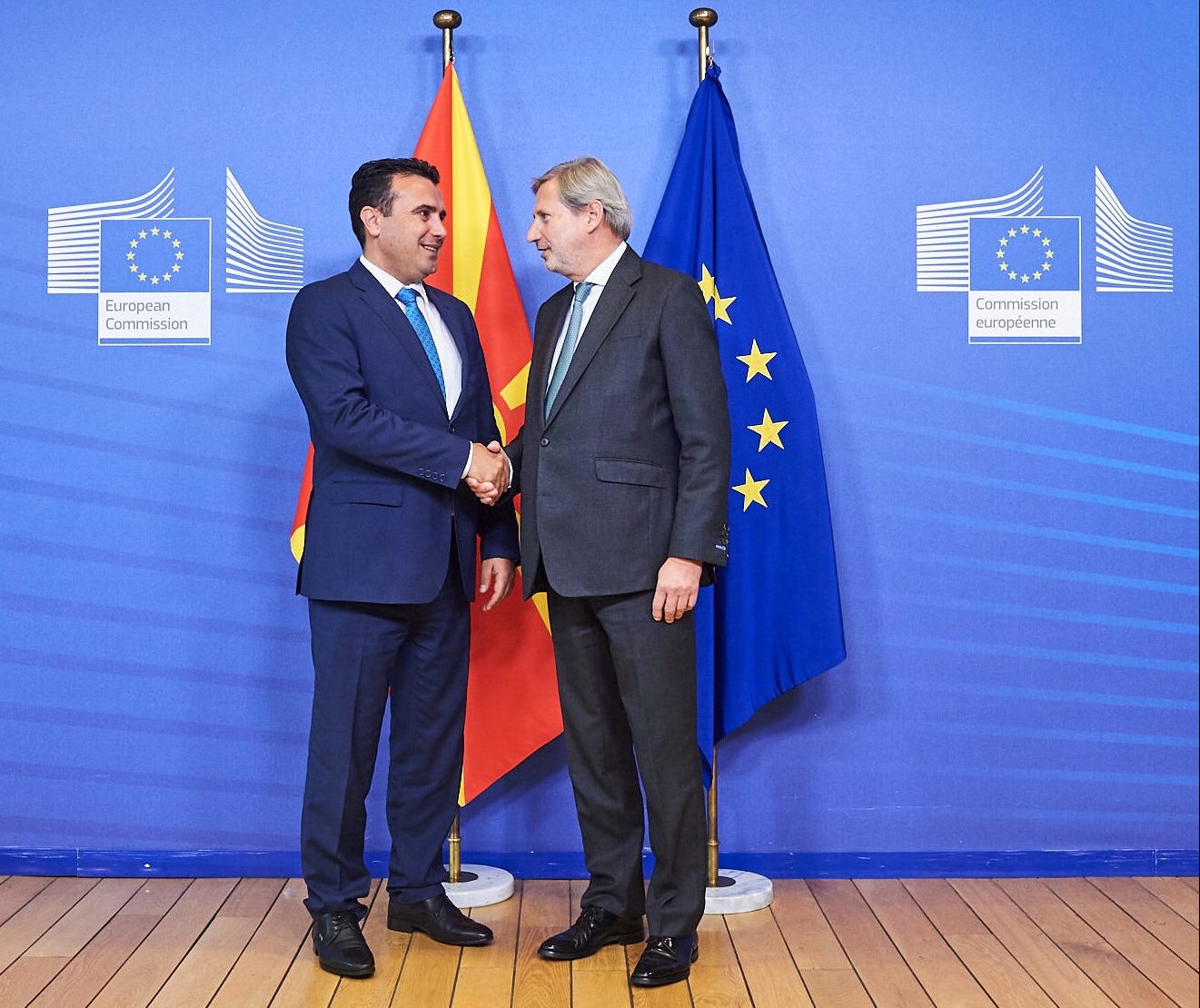 BRUSSELS – “I am still optimistic that there will be a positive outcome tomorrow or the day after tomorrow on the decision to open EU accession negotiations”, stated European Commissioner for Enlargement Negotiations Johannes Hahn in a joint press conference with Prime Minister of North Macedonia Zoran Zaev in Brussels today.

“If our partners deliver, we have to deliver, and this is our justifiable expectation”, said Hahn.

If the reform efforts of North Macedonia are not rewarded, there is no incentive for Serbia and Kosovo, for example, to enter substantive negotiations on normalisation of relations, he stressed.

According to him, huge majority of member states ask nothing more than the green light for opening accession negotiations, a signal of clear commitment to European future of North Macedonia.

“We have met three times in the General Affairs Council in the past 16 months to decide on this issue – so far it has not been possible. Now it is on the level of the leaders”, Hahn reminded.

General Affairs Council failed to adopt conclusions on the accession of North Macedonia and Albania yesterday. Final decision is expected to be reached during the European Council meeting on 17 and 18 October.

“I hope we will have an opportunity to celebrate on Friday”, Hahn emphasised.

Prime Minister Zoran Zaev also urged heads of state of the European Union to agree on this issue.

“Respected European leaders, do not become our obstacles. I invite you to become our heroes. European path is our only path”, said Zaev.

He stated that his country was told in June that the positive decision will be made in October.

“Our approach was sincere – we understand that some member states want to open and finalise the debate on the new enlargement methodology, and we are all for that. But these processes may, can and should go in parallel”, said Zaev.

He reminded decision to start accession negotiations will mean a process that would require a lot of hard works, achieve new standards and improve the quality of life.

“After all that we have done, we are sure and convinced more than ever before that we should open the negotiations because we are ready, both politically and institutionally. Our citizens are also more than ready”, stated the Prime Minister.

According to him, every further delay would be seen as a negative decision and a disappointment.

“Trust that our citizens have in the EU might be put under questions, it will incite the regressive forces in North Macedonia and third parties in the region, who will definitively fill the vacuum”, Zaev concluded his message to EU leaders.

[BSF] Military neutrality does not contradict security cooperation with EU