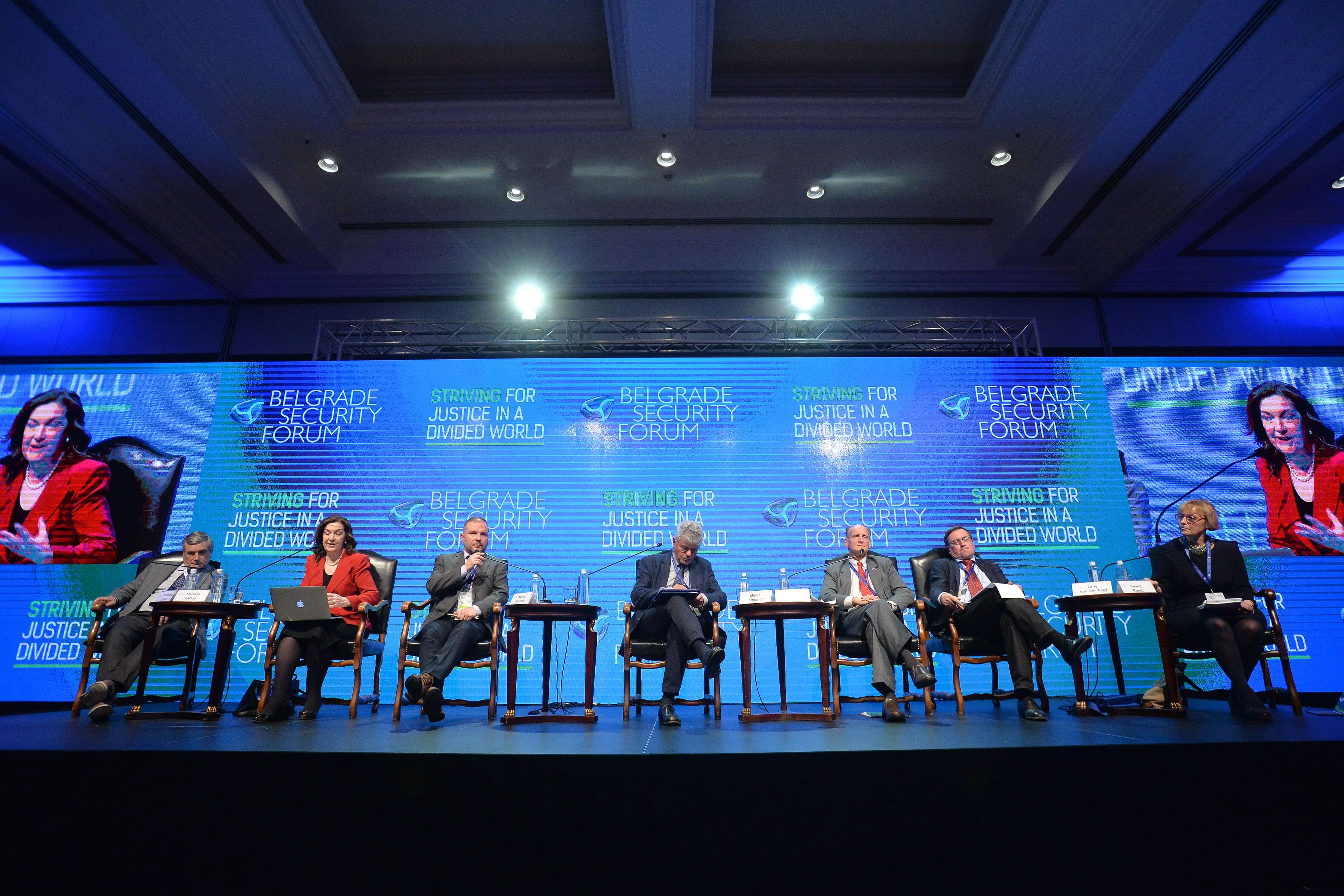 Participants of the panel "The East, the West and the Rest", BSF 2019; Photo: Tanjug / Zoran Žestić

BELGRADE – China’s role in the Western Balkans is definitely underestimated, Russian overestimated, the US cares only about the Kosovo issue, while the EU needs to do better, assessed the participants of a Belgrade Security Forum panel moderated by the former Croatian Minister of Foreign Affairs Vesna Pusić.

Former French Ambassador to Serbia Michael Fouche and Director of the Centre for Russia, Europe, Asia studies Theresa Felon agreed with the former enlargement commissioner Johannes Han’s assessment that too much focus in the region is on Russia, while too little is on China.

Fouche said that Russia is primarily focused on the region to prevent NATO expansion, especially on Serbia and Bosnia and Herzegovina.

“Russia’s first objective is to stop further NATO enlargement. The second one is to stop NATO’s presence in Serbia and Bosnia and Herzegovina”, he stressed

In line with the current policy of the French President, he emphasized that EU has to go through significant internal reforms before it starts to work on enlargement.

“We have to reform the EU itself, starting with European Commission,” Fouche noted.

According to Kovalev, the Russian problem is that it has nothing to offer on economic or ideological level, while China offer technology and innovation.

Theresa Fallon said that Russia is being distracting from what China is being doing in Western Balkans, adding that geopolitics has comeback to EU’s neighbourhood.

Peter Swank, retired US Brigadier General, pointed out that United States cares a lot about the Western Balkans region, after the Cold War, US has worked to strengthen resilience of the region, but there is still work to be done. This assessment was contrary to the prevailing opinion that the narrow focus of the United States almost exclusively lies on the issue of Kosovo.

Cvejić: The Regulatory Body for Electronic Media does not perform its basic function in Serbia