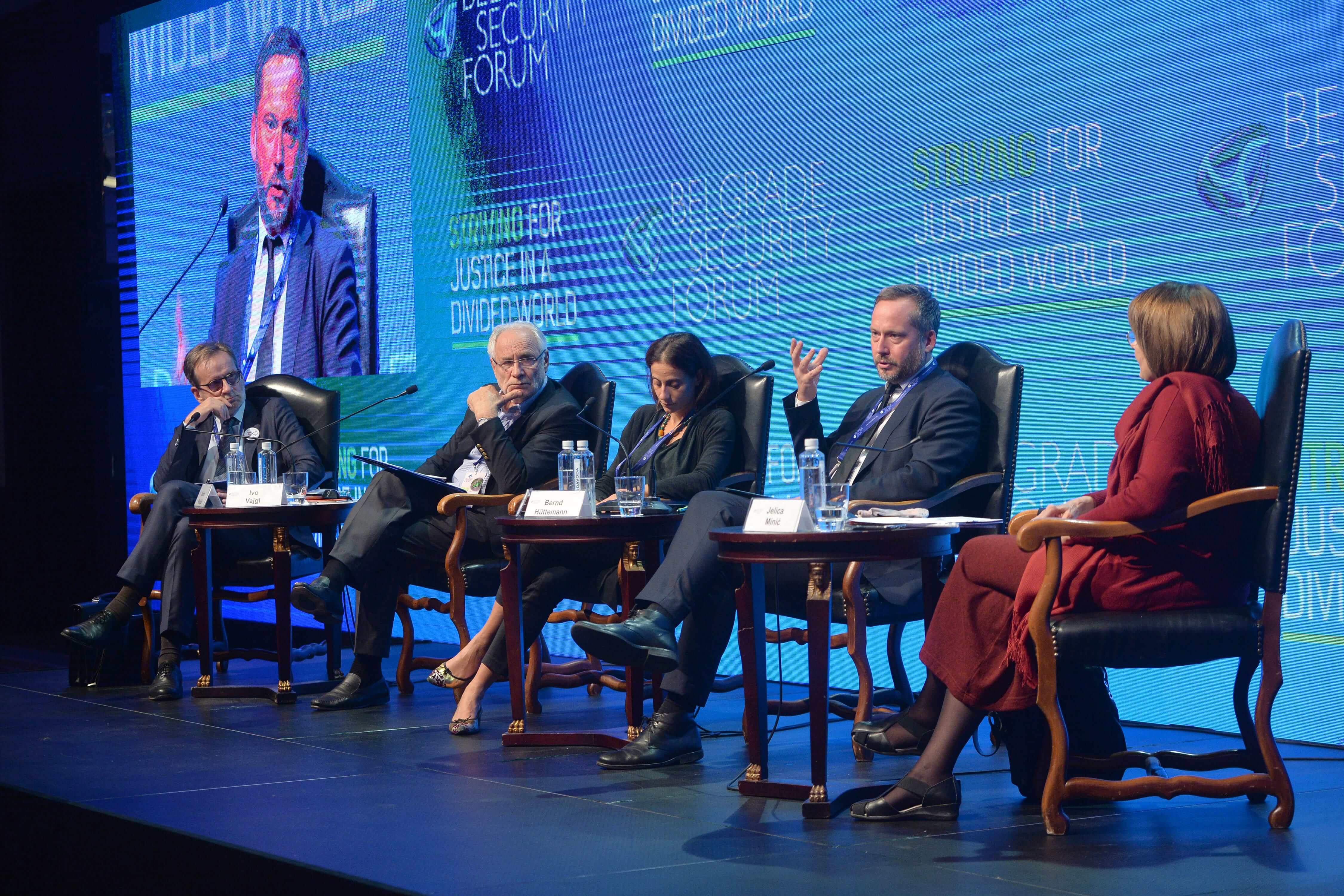 BELGRADE – Economic convergence that followed the Big Bang Enlargement of the EU in 2004 was undoubtedly a success, while political convergence is still unfinished. However, that type of accession cannot be implemented in a different region, different Europe and different world.

These were some of the conclusions of the Belgrade Security Forum session on the 15 years since the Big Bang Enlargement and its implications for today’s candidate countries.

Director of Italian International Affairs Institute Nathalie Tocci emphasised that the enlargement process today is not delivering because it is the victim of both success and the failure of the past enlargements.

“The success of the Big Bang enlargement has replicated the approach to a region, Europe and world that are different. It happened in the time of the End of History, when integration, democratisation and modernisation seemed inevitable. But the world is more contested right now, and the accession process needs to adapt”, Tocci explained.

She highlighted the success of economic convergence between the West and the East that followed the enlargement but also pointed at the shortcomings of the strength and resilience of institutions, which, in her opinion, is not something that can be build during months and years but takes decades.

Secretary General of the European Movement in Germany Bernd Hütteman agreed that it takes more than one generation to achieve complete political convergence, which can be clearly seen from the examples of East and West Germany.

He also tackled the opposition to enlargement, most apparently the current French resistance to opening accession negotiations with North Macedonia and Albania.

“French elite is very afraid of very diverse continent which would make things difficult to work. Conservatism to keep things as they is very high”, said Hütteman.

On the other hand, he pointed out that the fact that 27 countries are in favour of opening of accession negotiations is remarkable and shows that European citizens feel more secure after a series of crisis.

Representatives of two countries that became EU members in 2004, former Member of European Parliament from Slovenia Ivo Vajgl and Deputy Minister at the Ministry of Foreign Affairs of the Czech Republic Martin Povejšil highlighted the benefits their countries had from joining the EU.

“Overwhelming majority of people in Slovenia, 80%, are satisfied with being in EU”, said Vajgl, adding that the country is nevertheless still in state building phase and that nobody should have the illusion that this is a quick process.

Povejšil agreed that the accession that took place 15 years ago was a success.

“Enlargement has so far been one of the biggest successes of the EU, certainly in terms of the external operation – to stabilase the region and introduce the democratic standards deserves all admiration”, he said.

In his opinion, the main reason why the skepticism vis-a-vis enlargement is higher today is the succession of crisis that happened in the meantime.

“The crises have shown that the differences within the EU were much bigger than before. And all of that became evident against the backdrop of different enlargement”, said Povejšil,

A potential solution for both the lack of complete convergence among new members and the long transition still ahead of the current candidate countries can be the differentiated approach, the participants agreed.

Nathalie Tocci emphasised that this kind of multi-speed Europe must be organised around clear rules.

“If you frame the conversation as a political choice of the member states, it encourages centrifugal forces. But if it is framed more politically neutral – obligations and responsibilities come with rights – this is a healthy differentiation”, she said.

According to Tocci, situation that we have today is unacceptable, because members that have entered the higher levels of integration are blocking other members.

Martin Povejšil also said that he is not afraid of multi-speed Europe, it is fine if it is based on clear rules.

“I am more afraid of the two-speed Europe”, he said.