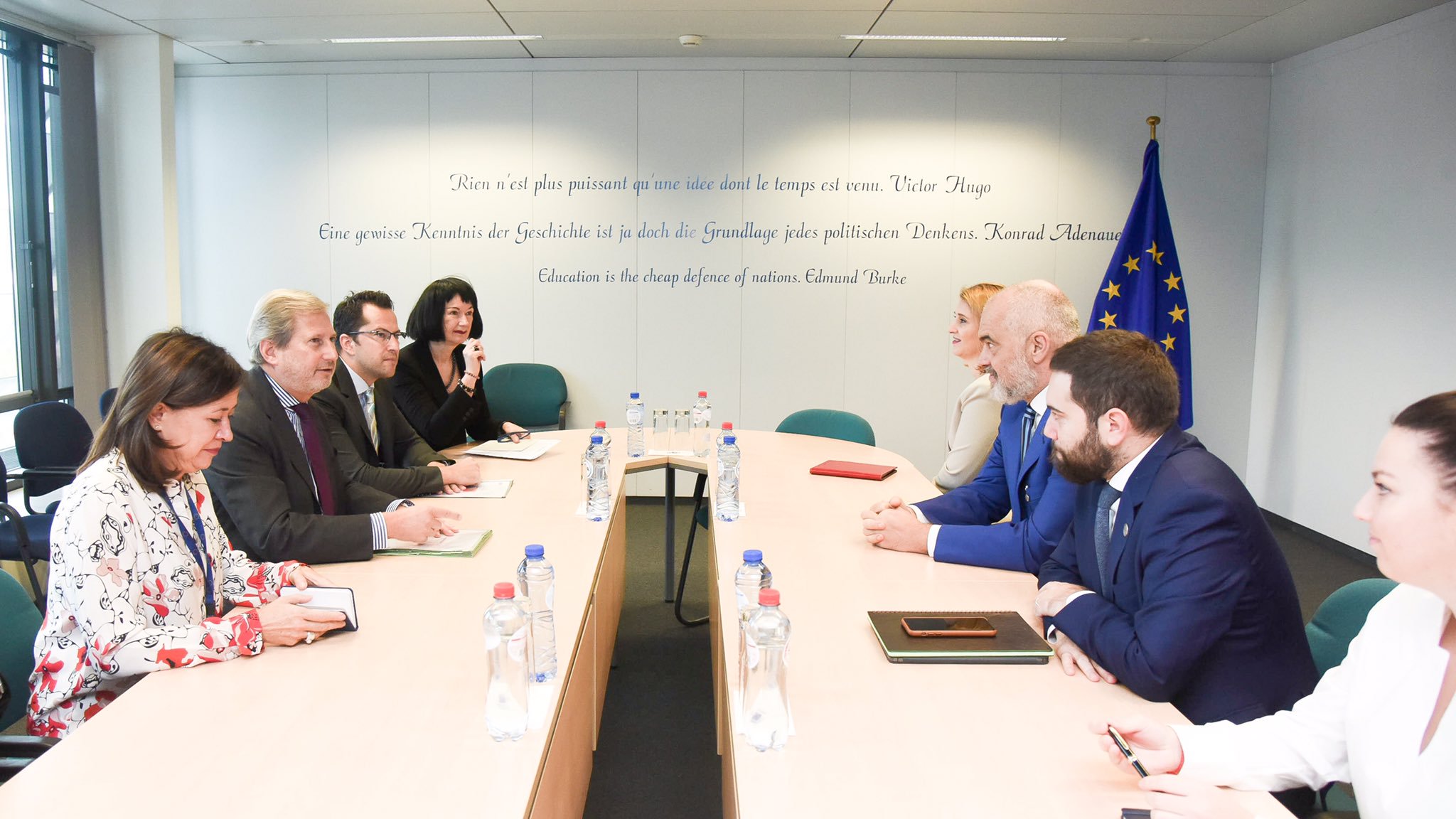 The meeting was preceded by the discussion with the European Commissioner for European Neighbourhood Policy and Enlargement Negotiations, Johannes Hahn.

“Pleasure to meet Edi Rama in Brussels. We agreed that independently of outcome of today’s enlargement discussion at the European Council, reforms should continue in the interest of the citizens. We also had a fruitful exchange about the regional cooperation”, Hahn wrote on Twitter.

Rama also met with the President of the European Council Donald Tusk during his trip to Brussels.

” (I am) with the President of the European Council, Donald Tusk, one of the strongest “Yes” voices for Albania and North Macedonia”, wrote Rama on Facebook.

The topic of discussion was not revealed but the main concern remains the positive response from the skeptic countries regarding the opening of the negotiations for Albania and North Macedonia.

There are only a few hours left from the meeting of the European Council, a time when the destiny of the negotiations between Albania and North Macedonia will take place, ADN reminds.

However, French President Emmanuel Macron openly opposed the opening of negotiations with EU, while the majority of countries support Albania’s way to EU.

Kukan: Political conflicts to be settled in parliament, not in street