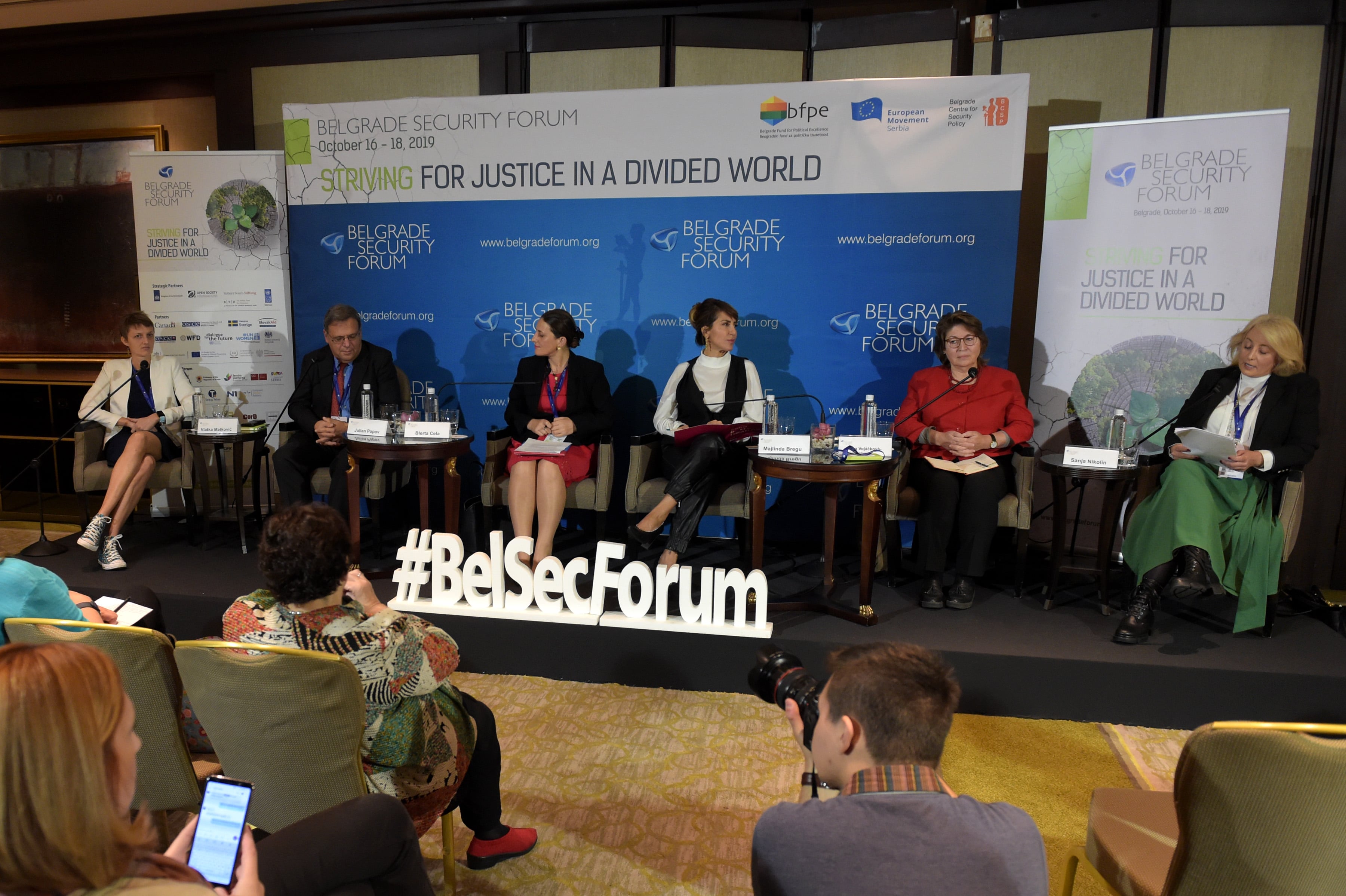 BELGRADE – More than 80% of the citizens of the Western Balkans are concerned about the climate change but 60% do not think that the air pollution is worrisome – this shows the failure of communication, highlighted Secretary General of the Regional Cooperation Council Majlinda Bregu in the session “Image of the Future: s Green, more developed Western Balkans” at the ninth Belgrade Security Forum.

According to her, none of the economies of the region is considering environment as a priority. Her proposal is that the Chapter 27, which covers the environmental issues, should be the part of the fundamental firsts within the EU accession process, together with the rule of law.

“We are subsidizing coal heating system with 180 million Euros per year – and this system will be bankrupted as the region moves closer to the EU”, Bregu said.

Fellow at the European Climate Foundation Julian Popov expressed a more optimistic view of the region, highlighting its potential in terms of renewable energy.

“Western Balkans has a very strong negotiating positions, they have the most cost competitive environment. Almost all renewable energy forms are present in the region. It can play an important role in the EU’s transition”, he said.

He also pointed out that EU’s decision to push for 55% reduction of CO2 emissions by 2030 is a monumental difference compared to only several years ago, when it was 27%.

According to Popov, this shows how fast is climate crisis moving forward and how technology is accelerating the process.

Senior Health and Energy Officer at Heath and Environment Alliance in Brussels Vlatka Matković reminded that the pollution in the Western Balkans cannot be contained in the region, which is why the EU will also have to participate in resolving this issue.

“In Serbia, Kostolac termal power plants are emitting the same amount of pollution as Germany as a whole”, said Matković, adding that the awareness levels in this Western Balkan country are low and that the advises of the doctors are not listened to.

Deputy Regional Director at the UN Women Europe and Central Asia Regional Office Blerta Cela pointed out that women are disproportionally shouldering the burden of the climate change in the Western Balkans, and yet they are at the forefront of the battle for climate change.

She further stressed the problems women face in the region by pointing at the big gap in terms of access to digital technologies.

“Economic empowerment of women is far from satisfactory – women are much less formally employed”, said Cela.

UNDCO Regional Director a.i. for Europe and Central Asia in Istanbul Irena Vojačkova-Sollorano highlighted the importance of the local communities in bringing about changes.

“Working with these communities and the young people can bring new energy in the Balkans – but they are leaving because they do not feel as a part of community, they have no opportunity to thrive”, she said.

According to her, various climate change initiatives, including the Paris Accord, envisaged the obligation to provide more funding to the local communities, which need to be educated and not left to politicians who have their individual interests.