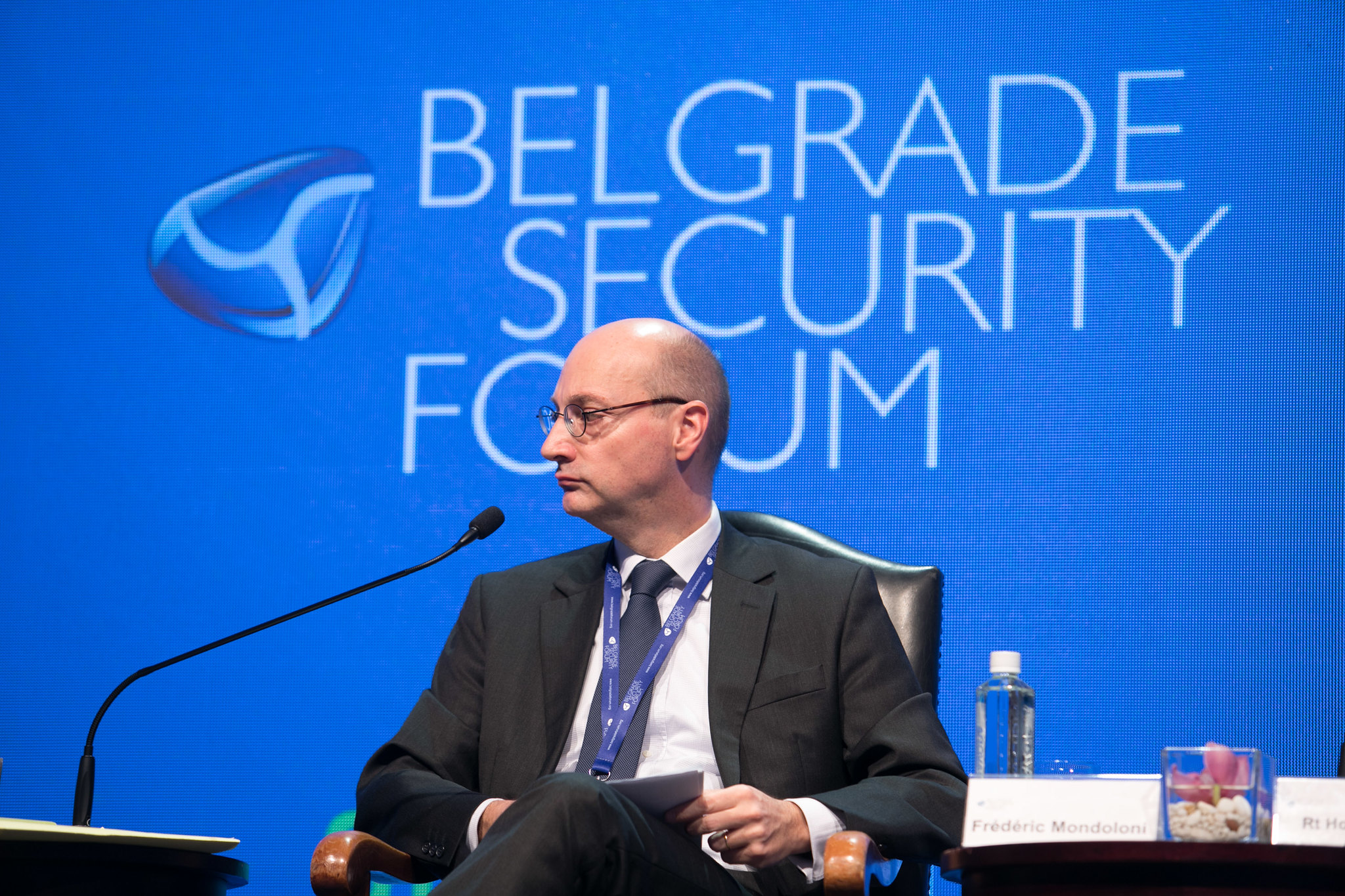 At the time of this interview (Thursday, October 17), it has become apparent that there is no consensus in the European Council on opening of accession negotiations with Albania and North Macedonia and opposition of France is seen as crucial for the lack of a positive resolution. We asked the former Ambassador to Serbia and current Director for Continental Europe at the Ministry of Foreign Affairs of France Frédéric Mondoloni about the reasons for and the consequences of the French position following his participation in the Ninth Belgrade Security Forum.

EWB: As things stand, North Macedonia and Albania will not get the green light for accession negotiations, primarily due to, as media report, French position. How do you see the position of your country and why these two countries should not be given the green light at the moment?

Frédéric Mondoloni: It is not only about the French position. The European Council has been divided on this issue, some of the countries are advocating for the opening of negotiations for the two countries, other ones want opening of negotiations for only one country. Some countries wants bilateral issues to be put in the process. Some countries, like France, are not against the opening but want some conditions to be fulfilled in advance. The procedure is ongoing, so I could not predict the decision of the head of states and governments.

Key point is that France is not against, but for opening the negotiations, but we need two conditions to be fulfilled. For North Macedonia one of the issues is Special Prosecutor Office, and for Albania justice reform, these are important issues.

We also want the EU enlargement procedure to be reformed, as right now it does not make it possible to for rule of law issues to be taken into account, which is a clear problem, not just with candidates, but with some countries inside the EU. We need to reform that policy and this is an ambitious program, and also a commitment of the French President. Current French President committed to the European perspective, but he wants it to be credible, and he wants Western Balkans to be a part of the club that is functioning.

EWB: There is an impression that France is lonely in rejecting opening accession negotiation with North Macedonia and Albania. We have seen that the European Commission had given recommendation and practically almost all other EU member states are in favor, at least for North Macedonia. Do you think that France is the only country that sees these issues as problem, or there are other countries as well?

FM: We are not against the opening, but we want to see the conditions I have mentioned fulfilled. We are not alone against 27 member states. There is no unanimity required to make the decision. We are not the black sheep of the group, we are advocating for a reformed path and I am confident that we will manage to find an agreement.

EWB: The French Minister for European Affairs Amélie de Montchalin mentioned that the whole accession negotiation process needs to be reformed. Isn’t the opening of negotiations with the country that has implemented numerous reforms in line of the reform of the negotiating process?

FM: As Minister de Montchalin has said, we need to reform the enlargement process in order to make it more credible, sustainable and maybe gradual, which will give some benefit prior the full membership i.e. access to some of the EU policies in advance.

Of course, the aim is to make it possible for very important issues like rule of law, independence of the media to be tackled in the enlargement process. Process even needs to be reversible if necessary. Our agenda is ambitious, this reform is overdue and there is urgent need to reform internal functioning of the EU.

EWB: North Macedonia made significant steps to resolve bilateral issues primary regarding name dispute with Greece. What kind of message do you think this sends to the other Western Balkans governments – that they need to be more serious about the reform or resolving bilateral disputes will not get them what EU has promised ?

FM:They need to be serious about the reform. Prespa Agreement is significant step forward, we made that clear, we are encouraging the parties, but it is not the only condition set out in June 2018 for accession process to be opened. We discussed this issue last year, and we will do that again this year.

This is not the end of the story, it is not end of the process – Western Balkans has the EU perspective and we are actively working in that direction. We need to be credible and responsible, and that is why we think that conditions are not completely met. Discussion is ongoing and we will see what is going to be decided by the head of states and governments.